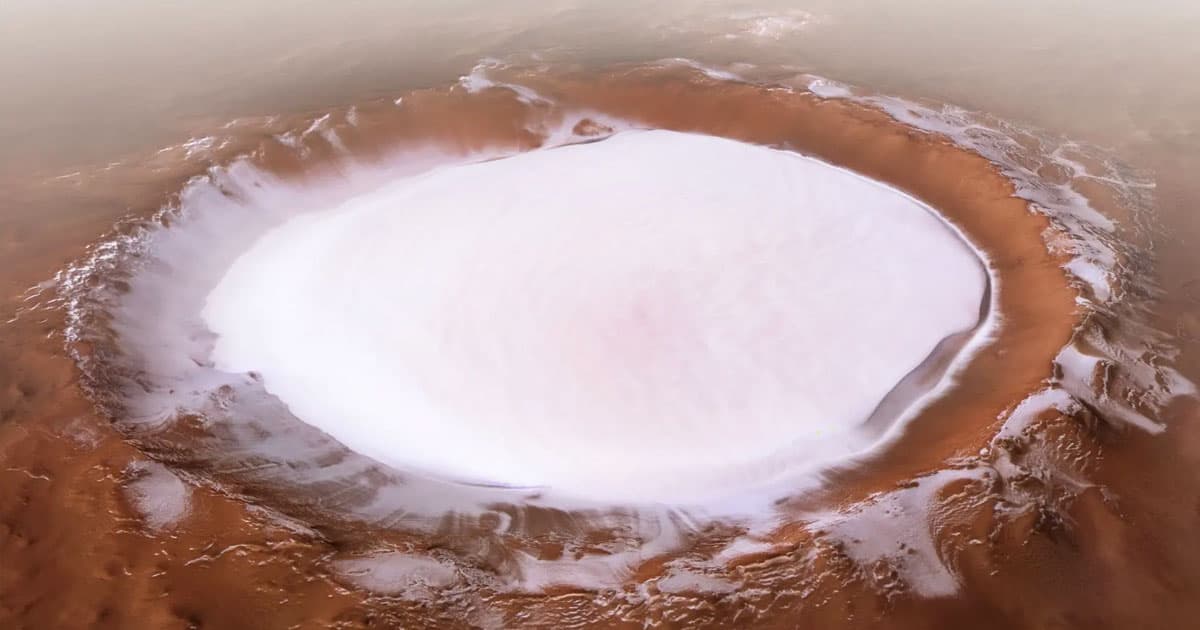 In fact, every day is a snowy expanse of white — the 50-mile-wide impact crater is filled with ice year-round due to the cold air trapped within it.

See for yourself. On Thursday, the European Space Agency (ESA) released several icy, snowy images of the crater, and they're stunning enough to adorn the cover of a Martian Christmas card.

The ESA generated the images of Mars's ice-filled crater using data from its Mars Express probe, which entered Mars's orbit — appropriately enough — on Christmas Day in 2003.

To produce the images, the ESA had to combine data from five Mars Express orbits, with the most recent taking place on April 4, 2018. The High Resolution Stereo Camera (HRSC), an instrument capable of capturing images in three dimensions and in color, recorded the data.

The ice at the center of the Martian crater is more than a mile thick. In total, Korolev contains 530 cubic miles of water ice. That's more than four times the volume of Lake Erie.

The fact that we even know such a massive ice-filled crater exists on Mars is remarkable. After all, less than two decades ago, we weren't even sure the Red Planet had any form of water at all. Now we have the technology in place to see a massive crater full of it — in stunning detail.

More on Mars water: Mars Used To Be Dotted With Life-Friendly Lakes