Absurdly Futuristic Gifts for the Trillionaire on Your Christmas List

Money can't buy happiness, but it can buy a taste of the future. 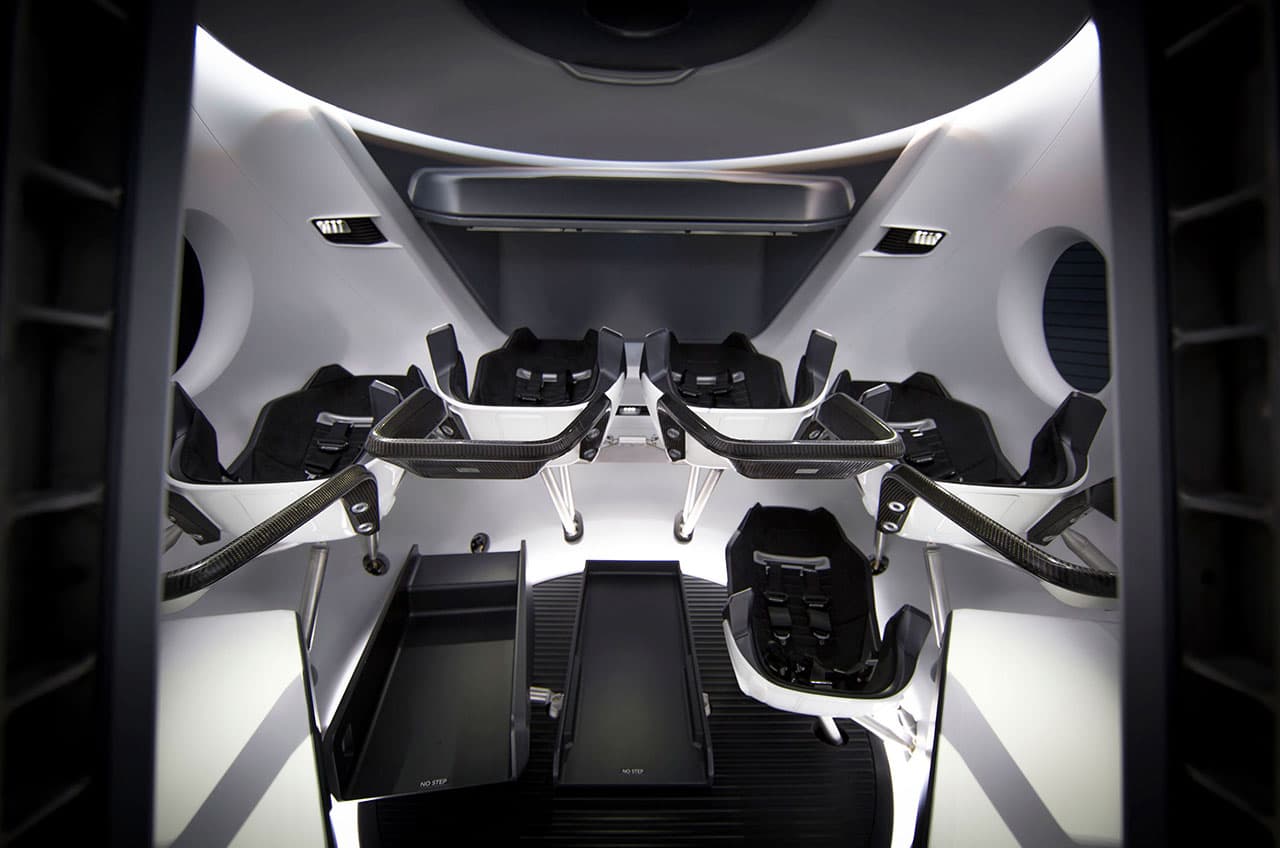 Imagine for a moment that your garage is filled with Teslas and Bugattis. You own smart homes on every continent, and you've hit every high-tech vacation spot from New York to Dubai. Still, you won't be satisfied until you own every futuristic item money can buy.

So, what more could an obscenely wealthy fan of the futuristic treat themselves to this holiday season? We have a few ideas.

A person can only own so many private jets. Maybe it's time to consider upgrading to a private rocket.

Of course, neither craft is ready for human passengers just yet, so you'll have to think of something else to send into space. Perhaps a satellite would do; or, you could follow Elon Musk's lead and say goodbye to one of those Teslas cluttering up your garage.

Payload will be my midnight cherry Tesla Roadster playing Space Oddity. Destination is Mars orbit. Will be in deep space for a billion years or so if it doesn’t blow up on ascent.

A Honeymoon on Mars

If the life of a wealthy bachelor/bachelorette is getting old, you could always spend some of your fortune on a lavish sci-fi themed wedding followed by futuristic honeymoon on the Red Planet.

Elon Musk has put a $200,000 cap on the price of a ticket to Mars aboard SpaceX's BFR, so a pair for you and your new Mrs. or Mr. will run $400,000. Of course, any "extras," like a romantic visit to Mars' massive volcano or excursions to witness a nighttime snowstorm, will add to the cost.

Considering Musk doesn't expect to send the first people to Mars until 2024 at the earliest, though, you might want to plan for a very long engagement.

A Clone of Your Dog

The return trip from Mars will take about three to six months. If all that time shut in with your new spouse puts an irreparable strain on the relationship, don't worry about fighting to get the dog in the divorce. Thanks to Viagen Pets, you can now buy yourself a clone of your canine companion for the lowish price of $50,000.

You'll just need to bring your furry friend to the vet to have a tissue biopsy taken. Within four weeks, Viagen will process the sample. After a nine-week gestation period in a surrogate dog and an eight-week nursing process, your dog's genetic twin will be ready for life in your lap of luxury.

After buying all of the above, you might start seeing fewer zeros in your account balance than you're used to. It might be time to start thinking about how you can spend money to make money, and right now, you'd be hard-pressed to find a better return on investment than bitcoin.

Since the beginning of 2017, the value of the original cryptocurrency has skyrocketed by more than 1,300 percent. At the time of writing, a single bitcoin will set you back about $13,000. You've probably lost that much under the seats of your Chiron, so dig it out and hit up a crypto exchange before something shiny catches your eye.

Read This Next
Burning Bridges
Elon Musk Says He Can't Give Free Starlink to Ukraine Anymore After Officials There Were Mean to Him
Musk v. USA
Elon Musk Furious That the Government Isn't Giving Him More Free Money
The Saga Continues
SpaceX President Defends Elon Musk Against Sexual Misconduct Claims
Dark Musk
The Dark Reason Elon Musk Is Trashing His Own Newest Employees
Musk Muzzled
Terms of Twitter Deal Say Elon Musk Isn't Allowed to Insult Twitter
More on Future Society
Down in Flames
Yesterday on the byte
Elon Musk Apparently Thinks Twitter Is a "Flaming Dumpster Rolling Down the Street"
All Tomorrow's Pa...
Yesterday on the byte
Party Startup Says It Has Zero Plans to Make Any Money With Investors' Funds
Primate Theft
Tuesday on the byte
It Was a Very Bad Weekend for Monkeys Being Stolen From Zoos, Apparently
READ MORE STORIES ABOUT / Future Society
Keep up.
Subscribe to our daily newsletter to keep in touch with the subjects shaping our future.
+Social+Newsletter
TopicsAbout UsContact Us
Copyright ©, Camden Media Inc All Rights Reserved. See our User Agreement, Privacy Policy and Data Use Policy. The material on this site may not be reproduced, distributed, transmitted, cached or otherwise used, except with prior written permission of Futurism. Articles may contain affiliate links which enable us to share in the revenue of any purchases made.
Fonts by Typekit and Monotype.