As if smartphones couldn't do *that* much already... 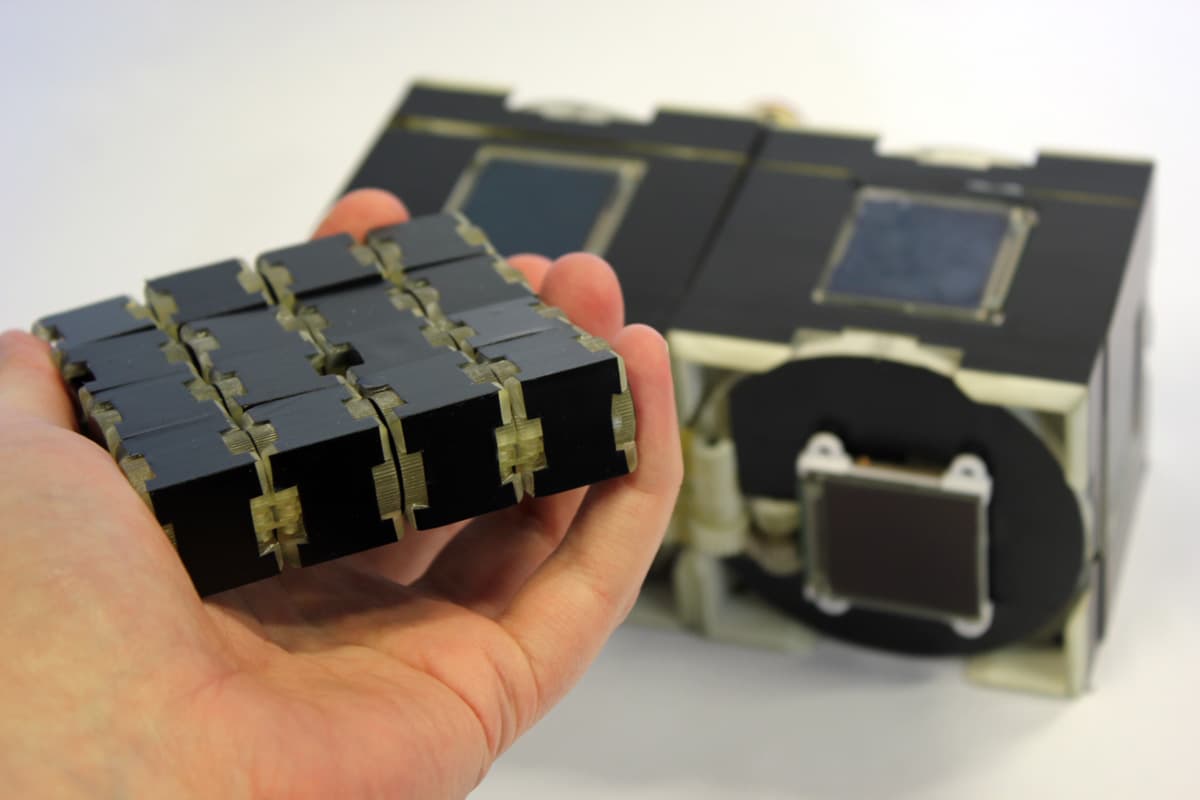 While modular smartphones like Fairphone and Google's Project Ara are still pretty much moonshots at this stage, a team at the University of Bristol's Interaction Group has one-upped both with a slick modular touchscreen display that can change into different shapes.

The Cubimorph is a single display built out of smaller, six-sided display cubes that are daisy-chained together. At first glance, it looks a little bit like a Rubik's Cube, with each block containing a touchscreen display, and more flexibility.

The device uses an algorithm to determine the path each block takes to transform the device seamlessly from one shape into another. The most obvious use for this right now is gaming. Imagine that you hold the Cubimorph like a block for texting, then automatically have it transform into a gaming console when you want to play.

But that's just the start. The group wants to eventually develop the tech so it adapts to peculiarities in the hands of the user, like if there was impairment or deformation.

The project was recently presented at  the International Conference on Robotics and Automation, in Stockholm, Sweden.

Read This Next
Futurism
A Robot That Will Replace Your Smartphone is Already in the Works
Futurism
Samsung's Galaxy S8 Will Be the World's First Phone With Bluetooth 5.0
Futurism
LG is Trying to Create a Phone with Screens on the Front and Back
Futurism
Could This Weird, Gelatinous Gadget be the Phone of the Future?
Futurism
Keep Talking. This New Smartphone's Battery Allows for 32 Hours of Talk Time
More on Robots & Machines
Robot Ridicule
6:19 PM on the byte
Hilarious Video Shows Boston Dynamics Robot Failing Horribly
FROM THE DEPT. OF...
Yesterday on futurism
The Best Rechargeable Batteries in 2023
From the Dept. of...
Yesterday on futurism
The Best Exercise Bikes of 2023
READ MORE STORIES ABOUT / Robots & Machines
Keep up.
Subscribe to our daily newsletter to keep in touch with the subjects shaping our future.
+Social+Newsletter
TopicsAbout UsContact Us
Copyright ©, Camden Media Inc All Rights Reserved. See our User Agreement, Privacy Policy and Data Use Policy. The material on this site may not be reproduced, distributed, transmitted, cached or otherwise used, except with prior written permission of Futurism. Articles may contain affiliate links which enable us to share in the revenue of any purchases made.
Fonts by Typekit and Monotype.