Traces of Organic Molecules Have Been Located on Ceres

"[It’s] the most unambiguous detection of organics on any Solar System body other than Earth." 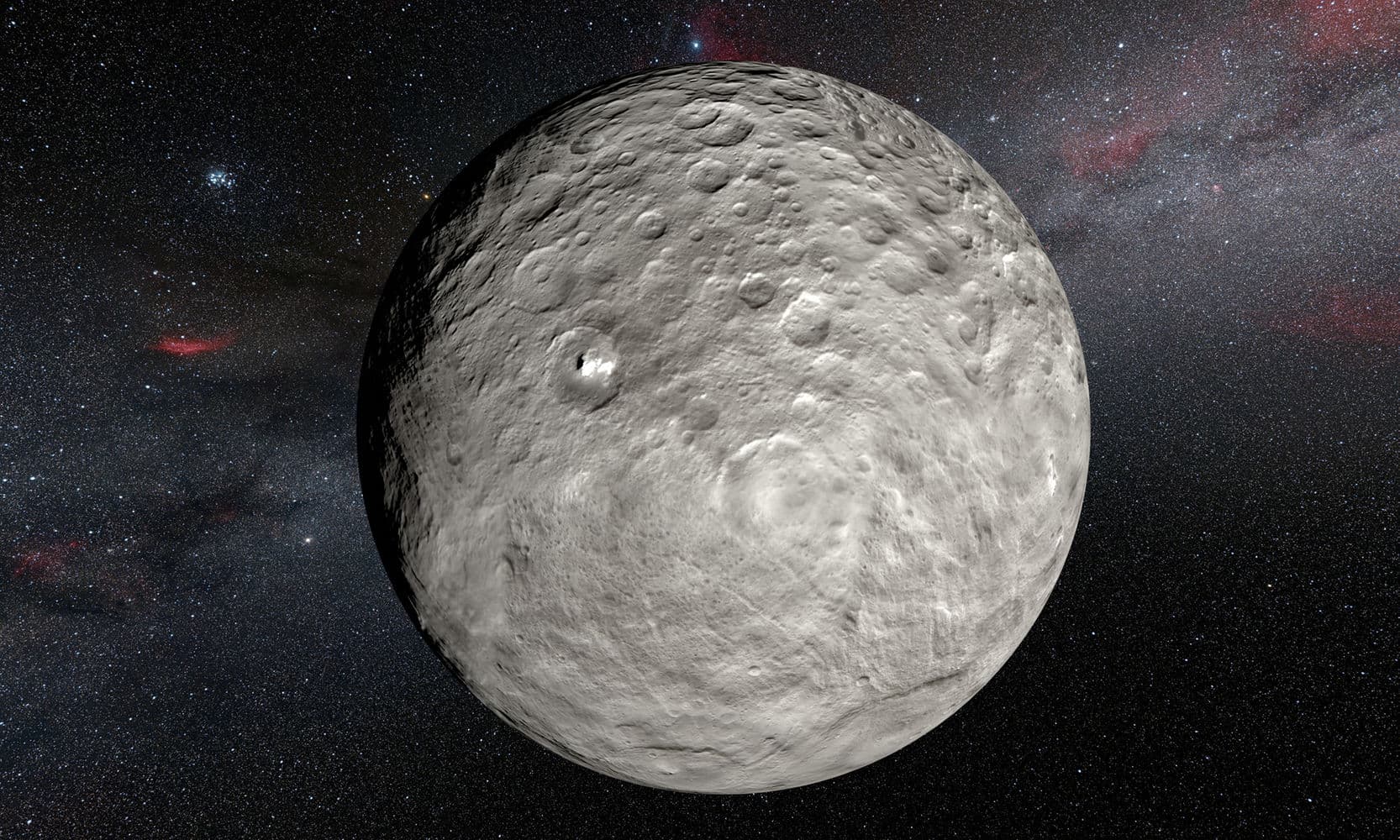 Organics on a Dwarf Planet

As scientists ask everyone to help them locate the elusive Planet Nine, researchers involved in NASA's Dawn mission are hard at work studying the dwarf planet Ceres. The Dawn mission has previously uncovered evidence of water, ice volcanoes, and carbonate minerals that cause the mysterious bright spots on Ceres' surface. Now, researchers have found traces of organic molecules on Ceres using Dawn's spectrometer to map the dwarf planet's surface in visible and infrared wavelengths.

"What we've found on Ceres is probably the most unambiguous detection of organics on any Solar System body other than Earth," said Carlé Pieters, Dawn mission investigator, in an interview with Brown University. "We've collected meteorites on Earth with organic signatures, which makes us think their parent asteroids may have had organics. But until now we haven't seen such definitive evidence on any asteroid. So this could help us put together the history of organics in the Solar System."

"There are high-resolution data available from Dawn that provide the geologic context for these deposits," added Pieters. "We're looking at those data now, which will help us to pin down the origin of these materials." The discovery was found in a crater-ridden region called Ernutet in the northern part of Ceres, and the team's  findings were published in the journal Science.

Organic molecules, such as carbohydrates, nucleic acids, and proteins, are the basic building blocks of life. Organic materials have previously been found in meteorites and on Mars, and while finding these on Ceres doesn't mean that there's life on the dwarf planet, coupled with the discovery of water and carbonate minerals, they do indicate that Ceres is potentially ripe for life.

"It's kind of like baking a cake," Pieters explained. "You can have all the ingredients, but if you don't put them together properly, you don't end up with a cake. So there is still plenty of work to be done before we can start thinking about whether microbes were able to form on Ceres."

While the discovery doesn't directly translate to discovering extraterrestrial life, it definitely improves the chances of finding it. The fact that these ingredients of life are located in a single setting outside of Earth is a great first step.

Read This Next
Life on Ceres
Study: Dwarf Planet Ceres is an Ocean World
Science is Hard
Extremely Dubious Scientist Believes There's Mushrooms and Lichen on Mars
Space Munchies
Organism That Eats Meteorites Could Help Us Find Alien Life
Short List
Astronomers Just Drastically Narrowed the Search for Alien Life
New Lead
Harvard Scientists: Radiation From Black Holes May Create Life
More on Hard Science
Tractor Beam
Jan 26 on the byte
Scientists Build Working Tractor Beam, Although It's Comically Tiny
Having a Blast
Jan 18 on the byte
New Study Shows Where You Should Hide to Survive a Nuclear Attack
Offworld Amino
Jan 15 on the byte
Scientists Find Building Blocks of Life in Meteor That Smashed Into Family's Driveway
READ MORE STORIES ABOUT / Hard Science
Keep up.
Subscribe to our daily newsletter to keep in touch with the subjects shaping our future.
+Social+Newsletter
TopicsAbout UsContact Us
Copyright ©, Camden Media Inc All Rights Reserved. See our User Agreement, Privacy Policy and Data Use Policy. The material on this site may not be reproduced, distributed, transmitted, cached or otherwise used, except with prior written permission of Futurism. Articles may contain affiliate links which enable us to share in the revenue of any purchases made.
Fonts by Typekit and Monotype.