Harvard scientists think there may be a "galactic Goldilocks zone" we're overlooking. 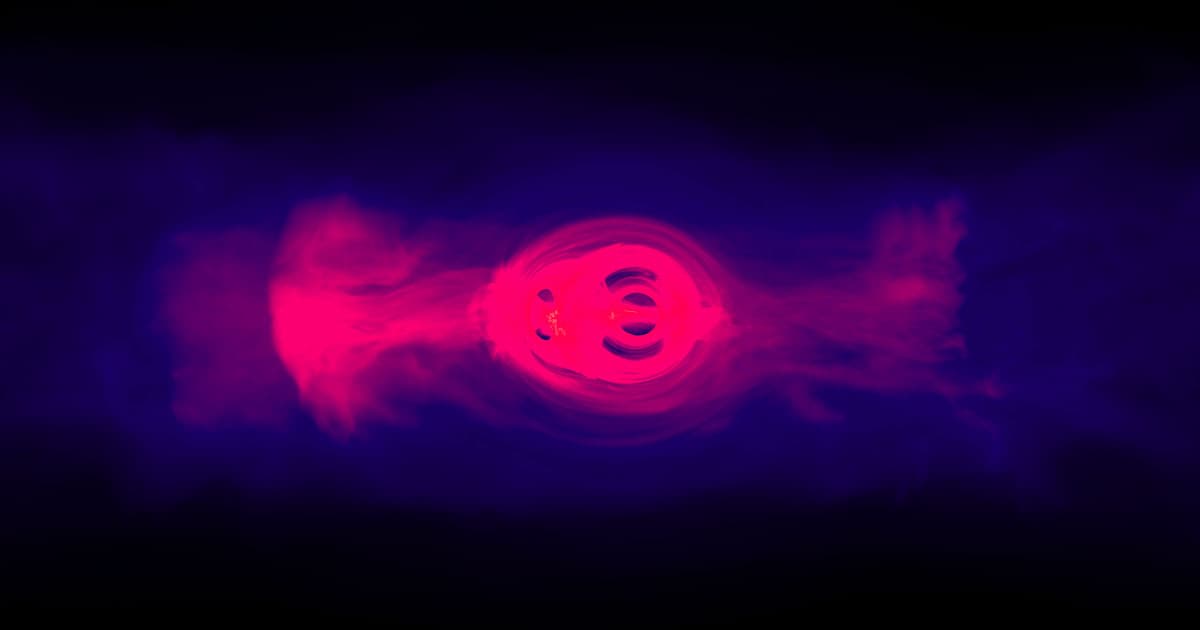 In the hunt for alien life, scientists often focus on the "Goldilocks zone," the region around a star where the temperature would be just right for liquid water to exist on an orbiting planet's surface.

But now, a team from Harvard University is suggesting there's another kind of Goldilocks zone we should consider in our hunt for alien life — and instead of having a star at its center, it has a supermassive black hole.

Supermassive black holes are surrounded by swirling disks of gas and dust called active galactic nuclei (AGN). These disks emit incredible amounts of radiation and light, and many researchers assume this radiation would destroy the atmospheres of any nearby planets, creating a "dead zone" around the black hole.

But now, the researchers behind this new Harvard study, which was published in the Astrophysical Journal, are challenging that assumption.

"People have mostly been talking about the detrimental effects [of black holes]," researcher Manasvi Lingam told Live Science. "We wanted to reexamine how detrimental [the radiation] is... and ask ourselves if there were any positives."

To do that, the researchers created computer models of AGNs. Using them, they were able to identify "galactic Goldilocks zones" surrounding black holes.

If positioned within this region, they write in their study, a planet's atmosphere would remain intact, while the AGN's radiation could break its molecules into life-supporting compounds.

The light from the AGN, meanwhile, could facilitate photosynthesis.

The team also revisited the assumed negative effects of AGN radiation on a nearby planet and concluded that they've been greatly exaggerated.

While previous studies suggested that the damaging effects of a black hole the size of the Milky Way's Sagittarius A* would strip away the atmosphere of any Earth-like planet within 3,200 light-years, they think the damage would end at a distance of just 100 light-years.

"Looking at what we know about Earth, it does suggest that maybe the positive effects seem to be extended over a larger region than the negative effects," Lingam told Live Science. "That was definitely surprising."

Read This Next
Star War
Scientists Are Trying to Figure Out How to Kill Stars with Black Holes
EHT Tu, Black Hole
Astronomers Release Stunning New Image of Black Hole
Congrats!
Nobel Prize Winner on Falling Into a Black Hole: "I Would Not Want To"
Not Quite 24 Frames Per Second
Astrophysicists Release Landmark "Movie" of Wobbling Black Hole
Science is Hard
Extremely Dubious Scientist Believes There's Mushrooms and Lichen on Mars
More on Hard Science
Warped Tour
Feb 2 on futurism
Professor Believes Door to Warp Drive May Lie With Ethylene Glycol
Sky Bursts
Feb 2 on the byte
Astronomers Intrigued by 25 Mysterious Repeating Radio Signals From Deep Space
Tractor Beam
Jan 26 on the byte
Scientists Build Working Tractor Beam, Although It's Comically Tiny
READ MORE STORIES ABOUT / Hard Science
Keep up.
Subscribe to our daily newsletter to keep in touch with the subjects shaping our future.
+Social+Newsletter
TopicsAbout UsContact Us
Copyright ©, Camden Media Inc All Rights Reserved. See our User Agreement, Privacy Policy and Data Use Policy. The material on this site may not be reproduced, distributed, transmitted, cached or otherwise used, except with prior written permission of Futurism. Articles may contain affiliate links which enable us to share in the revenue of any purchases made.
Fonts by Typekit and Monotype.