"My initial response was they must be joking.'" 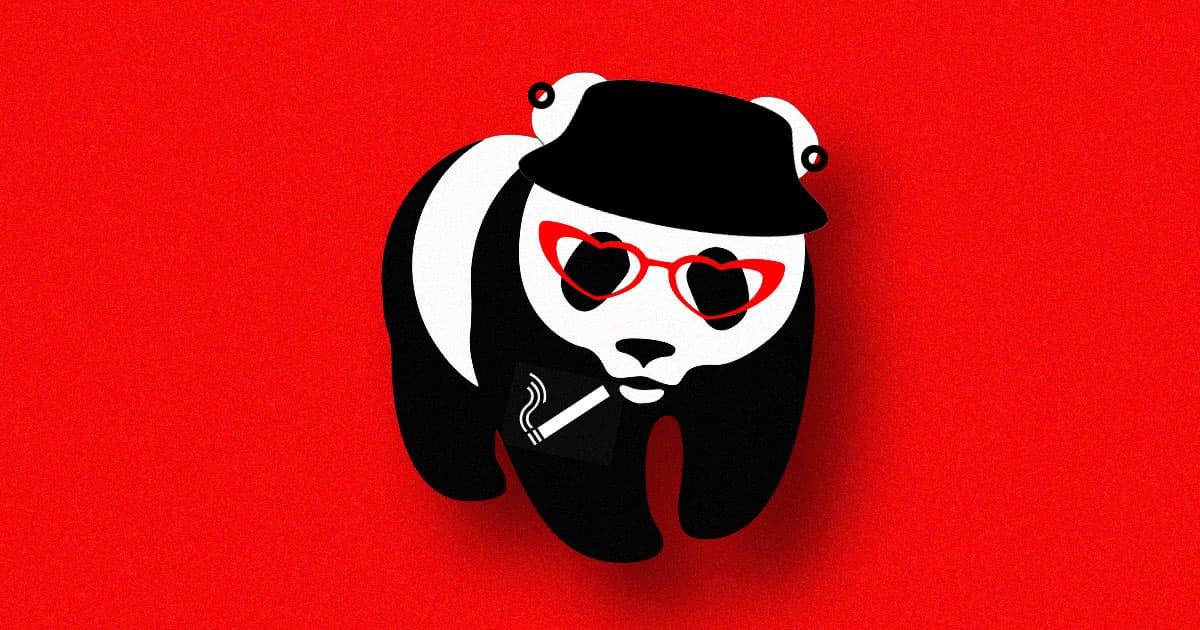 It was a highly controversial idea right from the start. Last week, the UK branch of the World Wildlife Fund rolled out "non-fungible animals," an ill-advised take on the NFT trend purportedly aimed at saving endangered species.

But the irony of the organization's "T0kens for Nature" being indirectly based on the environmentally harmful Ethereum blockchain attracted a firestorm of criticism, with a barrage of negative press nailing the WWF for the idea.

The group subsequently reversed the decision, The Verge reports — just a single day after launching the initiative.

"We recognize that NFTs are a much debated issue and we all have lots to learn about this new market, which is why we will now fully assess the impact of this trial and reflect on how we can best continue to innovate to engage our supporters," reads a statement by the group. "We thank all of those who have generously supported our conservation work by purchasing NFTs."

The WWF-UK initially claimed its "NFA" project was built on the allegedly eco-friendly Polygon blockchain, which in turn is based on the wildly popular Ethereum blockchain.

But as it turns out, the chapter's claims about Polygon being a greener alternative were pretty misleading — a thinly-veiled attempt to greenwash the animal NFTs, according to critics. As digital currency economist Alex de Vries explained to The Verge, the Polygon blockchain is still making use of the extremely inefficient Ethereum blockchain to move funds back and forth via millions of contracts.

Polygon is also a "Layer 2" blockchain, the equivalent of a carpool lane running along the Ethereum highway, as The Verge put it.

"While Layer 2 solutions can be seen as independent networks, they still rely on the security of the underlying Layer 1 network and therefore its electricity consumption and carbon footprint," Ulrich Gallersdörfer, CEO of Crypto Carbon Ratings Institute, told the publication.

To de Vries, Polygon is vastly underestimating the amount of pollution each transaction on its blockchain is responsible for by several orders of magnitude, a claim he fleshed out on his blog last week.

"My initial response was they must be joking," de Vries told The Verge. "They’re supposed to be all for sustainable innovations, and they’re getting involved with one of the least sustainable things on the planet."

READ MORE: How the World Wildlife Fund tried — and failed — to create an eco-friendly NFT [The Verge]

More on the saga: Environmentalists Sell NFTs of Endangered Animals, Because We're Condemned to Suffer

Read This Next
Apes Ahoy
A Major NFT Project Is Falling Apart in a Storm of Lawsuits
Rube Goldbergian
The Dune NFT Project Is Back With an Inscrutable New Scheme
Wrong-Clicker
Knockoff eBay NFTs Are Kind of Based, Actually
Sad!
Melania Trump Accused of Secretly Buying Her Own NFT to Avoid Disgrace
Magic: The Reckoning
Maker of "Magic" Cards Sends Cease and Desist to Project Minting Unauthorized NFTs
More on Future Society
Primate Theft
Yesterday on the byte
It Was a Very Bad Weekend for Monkeys Being Stolen From Zoos, Apparently
Ring The Alarm
Yesterday on the byte
Whistleblower Claims Facebook Can Secretly Drain Your Phone's Battery on Purpose
I Silence Thee
Jan 28 on futurism
Leaked Messages Seem to Show Elon Musk Using Twitter to Punish His Enemies
READ MORE STORIES ABOUT / Future Society
Keep up.
Subscribe to our daily newsletter to keep in touch with the subjects shaping our future.
+Social+Newsletter
TopicsAbout UsContact Us
Copyright ©, Camden Media Inc All Rights Reserved. See our User Agreement, Privacy Policy and Data Use Policy. The material on this site may not be reproduced, distributed, transmitted, cached or otherwise used, except with prior written permission of Futurism. Articles may contain affiliate links which enable us to share in the revenue of any purchases made.
Fonts by Typekit and Monotype.