We Live in the Wreckage of an Epic Galactic Collision, Says Study

And it could help us solve the mystery of dark matter. 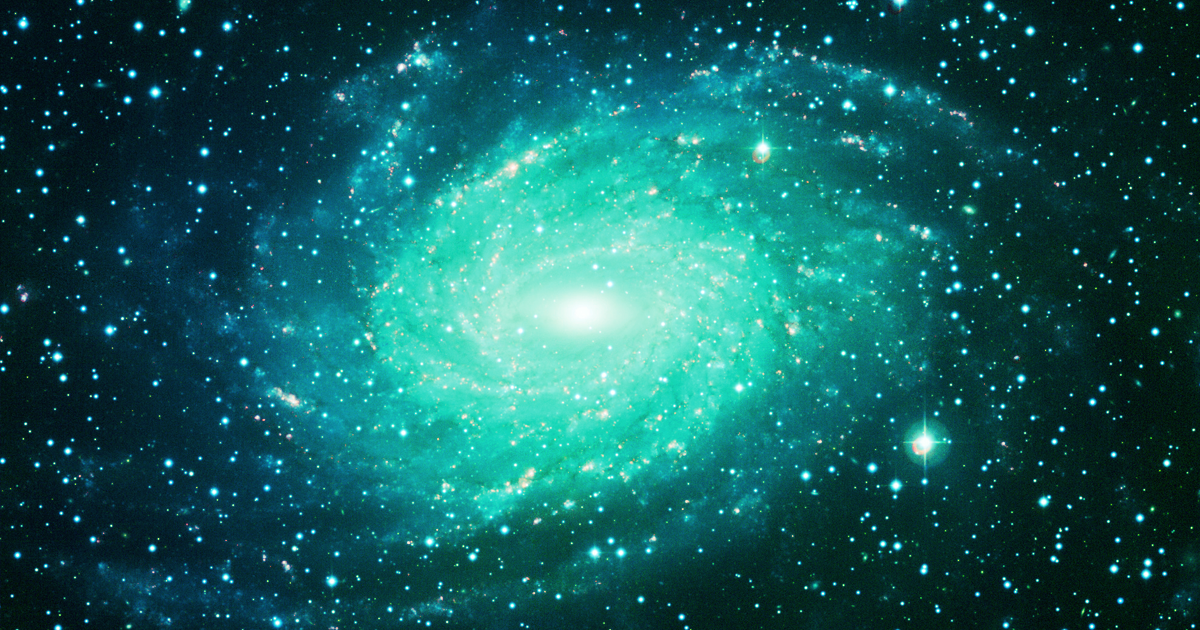 A collision with a "ghost of a galaxy" millions of years ago is still haunting the Milky Way.

In November, astronomers announced the discovery of Antlia 2, a low-density but relatively massive galaxy orbiting the Milky Way.

Now, a team from the Rochester Institute of Technology has provided evidence that a past galactic collision with Antlia 2 is to blame for large ripples in the Milky Way's outer hydrogen gas disc — potentially solving a mystery that has puzzled scientists for more than a decade.

Rochester Assistant Professor Sukanya Chakrabarti presented her team's findings, which have been submitted to The Astrophysical Journal Letters and are currently published on the arXiv pre-print server, during a meeting of the American Astronomical Society on Wednesday.

Using data collected by the European Space Agency's Gaia satellite, they calculated the past trajectory of Antlia 2 and found that it likely collided with the Milky Way hundreds of millions of years ago, causing the ripples we still see today.

The team also conducted simulations to rule out a previously proposed cause of the ripples: a galactic collision with the Sagittarius dwarf galaxy.

"We don’t understand what the nature of the dark matter particle is," she said in a press release, "but if you believe you know how much dark matter there is, then what’s left undetermined is the variation of density with radius."

"If Antlia 2 is the dwarf galaxy we predicted, you know what its orbit had to be," she continued. "You know it had to come close to the galactic disc. That sets stringent constraints, therefore, on not just on the mass, but also its density profile. That means that ultimately you could use Antlia 2 as a unique laboratory to learn about the nature of dark matter."

More on Antlia 2: Scientists Discover a "Ghost of a Galaxy" Orbiting the Milky Way

Read This Next
Dark Secrets
Scientists Just Detected the Oldest Dark Matter Ever Observed
Walled Up
Scientists Say Space Is Filled With Invisible Walls
Turn Back Time
Scientists Say There May Be a Mirror Universe in Which Time Runs Backwards
Into Darkness
Inside NASA's Bold Proposal to Probe the Mysteries of Dark Matter
The Last Strand
Scientists Puzzled by Weird "Strands" at the Center of Our Galaxy
More on Hard Science
Tractor Beam
Yesterday on the byte
Scientists Build Working Tractor Beam, Although It's Comically Tiny
Having a Blast
Jan 18 on the byte
New Study Shows Where You Should Hide to Survive a Nuclear Attack
Offworld Amino
Jan 15 on the byte
Scientists Find Building Blocks of Life in Meteor That Smashed Into Family's Driveway
READ MORE STORIES ABOUT / Hard Science
Keep up.
Subscribe to our daily newsletter to keep in touch with the subjects shaping our future.
+Social+Newsletter
TopicsAbout UsContact Us
Copyright ©, Camden Media Inc All Rights Reserved. See our User Agreement, Privacy Policy and Data Use Policy. The material on this site may not be reproduced, distributed, transmitted, cached or otherwise used, except with prior written permission of Futurism. Articles may contain affiliate links which enable us to share in the revenue of any purchases made.
Fonts by Typekit and Monotype.