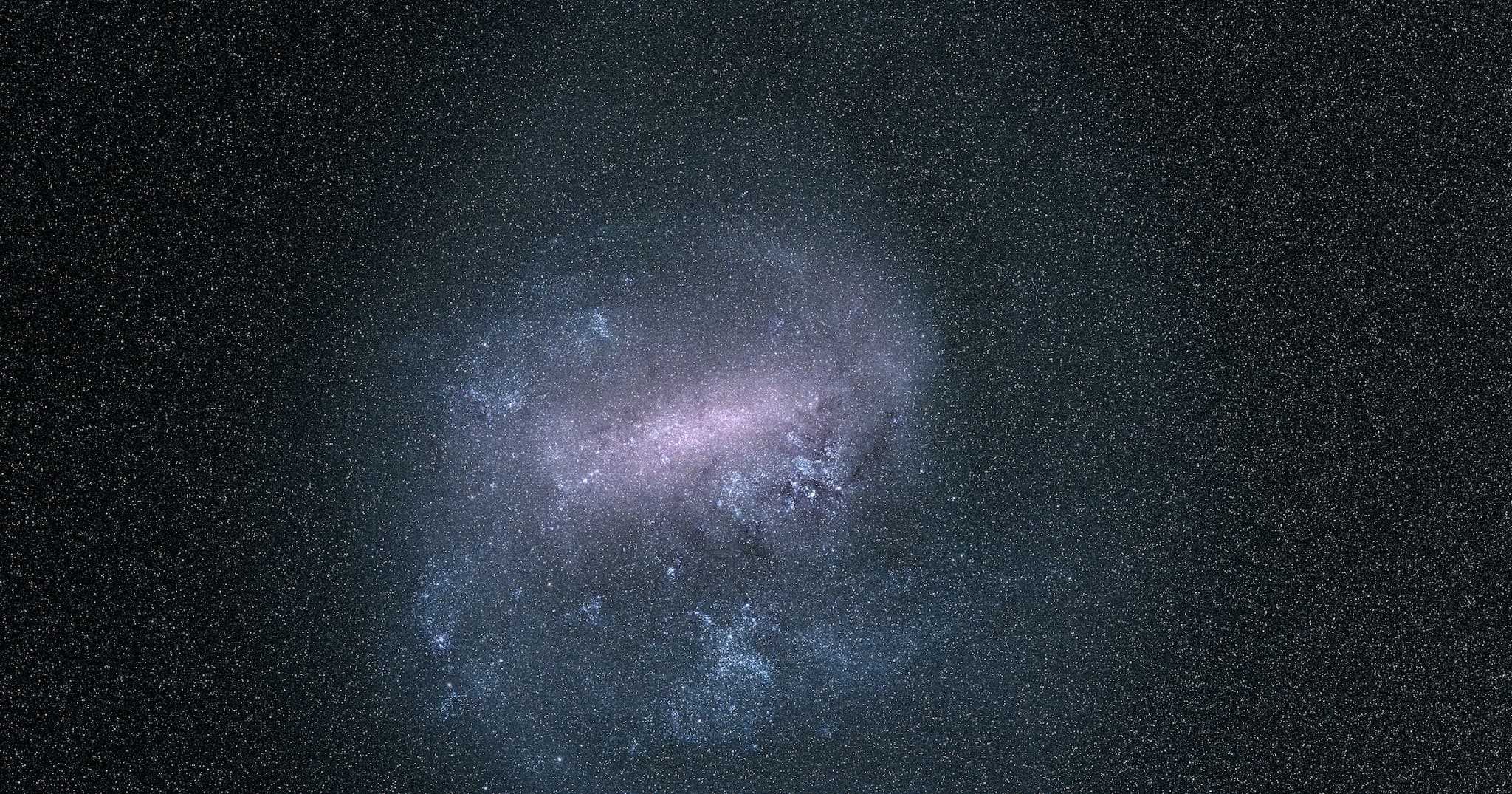 Scientists Discover a “Ghost of a Galaxy” Orbiting the Milky Way

It's both massive and extremely diffuse.

It's both massive and extremely diffuse.

But it doesn’t stop there. Galaxies can even orbit other galaxies, and now, an international team of astronomers has discovered a new satellite galaxy around our own Milky Way — and it’s a weird one.

According to a paper published in arXiv earlier in November, the researchers discovered this new dwarf galaxy, which they call Antlia 2 — or “Ant 2” — while sifting through data collected by the European Space Agency’s Gaia satellite.

As for how an entire galaxy escaped detection for so long, especially given its close proximity to our own, a couple of factors come into play. For one, Ant 2 is located behind the Milky Way’s disc — an ideal hiding spot. It’s also extremely low in density, giving off very little light.

“This is a ghost of a galaxy,” researcher Gabriel Torrealba said in a press release. “Objects as diffuse as Ant 2 have simply not been seen before. Our discovery was only possible thanks to the quality of the Gaia data.”

Ant 2 isn’t the only galaxy known to orbit our own, but it is “an oddball,” according to researcher Matthew Walker. It’s relatively massive — roughly a third of the size of the the Milky Way — and the researchers are perplexed as to how it might have gotten that way.

“Normally, as galaxies lose mass to the Milky Way’s tides, they shrink, not grow,” researcher Sergey Koposov said in the press release.

Knowing that this unusual galaxy exists has left the astronomers curious about what else they might be missing in our galactic backyard. “We are wondering whether this galaxy is just the tip of an iceberg,” said Walker, “and the Milky Way is surrounded by a large population of nearly invisible dwarfs similar to this one.”

More on Gaia: An Ambitious Spacecraft Is Set to Advance Humanity Further Than We Dreamed

The Last Strand
Scientists Puzzled by Weird “Strands” at the Center of Our Galaxy
Jan 26
Read More
Star Stream
Something Is Ripping Apart the Nearest Star Cluster to Earth
3. 25. 21
Read More
Shooting Blanks
Astronomers Detect “Bullets” of Gas Shooting Out of Our Galactic Center
8. 20. 20
Read More
+Social+Newsletter
TopicsAbout UsContact Us
Copyright ©, Camden Media Inc All Rights Reserved. See our User Agreement, Privacy Policy and Data Use Policy. The material on this site may not be reproduced, distributed, transmitted, cached or otherwise used, except with prior written permission of Futurism. Fonts by Typekit and Monotype.