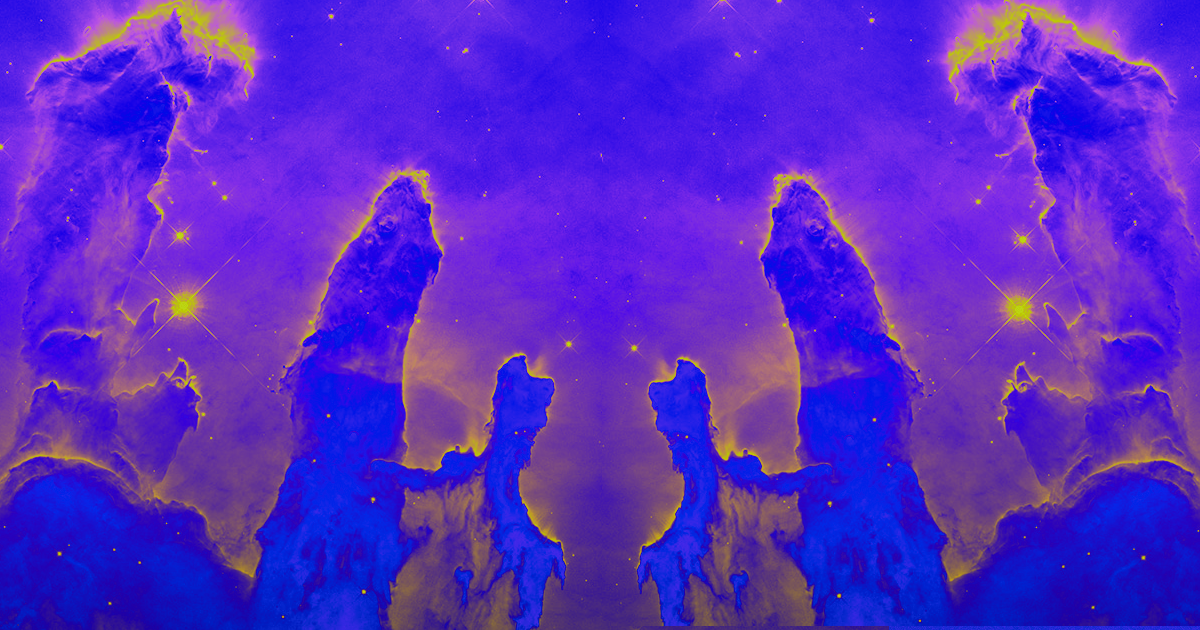 A universe where everything is flipped just might exist, scientists say — and it could contain your mirror-image twin.

A universe where everything is flipped just might exist, scientists say — and it could contain your mirror-image twin.

Physicist Leah Broussard is "on the hunt for a universe that is identical to our own, but flipped so that it contains mirror atoms, mirror molecules, mirror stars and planets, and even mirror life," according to a fascinating New Scientist profile of Broussard's work. "If it exists, it would form a bubble of reality nestling within the fabric of space and time alongside our own familiar universe, with some particles capable of switching between the two."

Tantalizingly, the theory could explain dark matter — the hereto-unobserved substance which, based on observations of gravitational effects, scientists believe accounts for much of the matter in the universe.

The idea — bolstered, Broussard believes, by experiments with neutrons — is that some particles might be able to phase back and forth between our familiar universe and the mirror-image one.

To test that theory, Broussard and colleagues are preparing for an experiment in which they'll fire a beam of neutrons at an impenetrable wall — and then check whether any phased through to the other side.

The theory is far out — and admittedly provocative.

New Scientist even speculated that there "might even be a race of mirror humans trying to work out why their dark matter is five times less abundant than their normal matter."

READ MORE: We've seen signs of a mirror-image universe that is touching our own [New Scientist]

More on dark matter: When the Large Hadron Collider Turns on, It May Trap Dark Matter