The train holds 100 seated passengers, with room for others to stand. 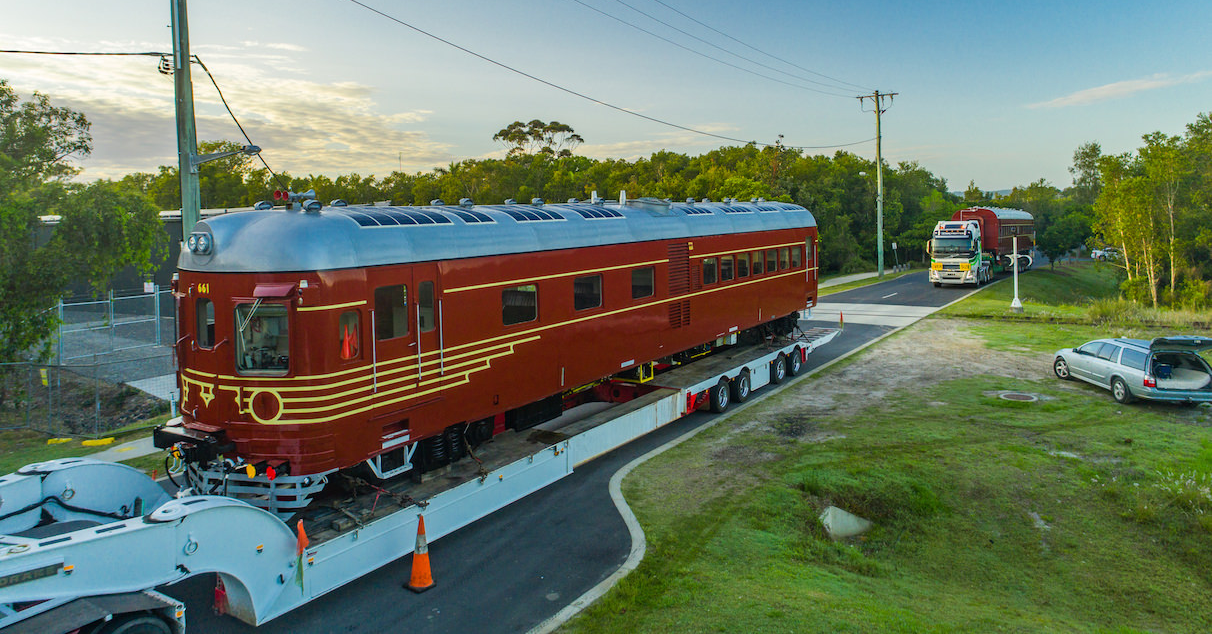 On December 16, a fully solar-powered train took a short but groundbreaking journey in New South Wales, Australia. The company behind the train, the Byron Bay Railroad Company, brought the vintage passenger vehicle back to life to prove that solar power can actually work for transportation.

The train runs solely on clean energy — solar panels on its roof and at pit stops provide all of the power needed for its 3 kilometer (1.9 miles) route.

The train originally had two diesel engines, of which one has been replaced by batteries and an electric motor. The other will serve as a backup in case of emergency, although the train will keep going under a cloudy sky, too, thanks to a 77kWh battery.

The fully solar-powered train holds 100 seated passengers, with room for others to stand, and completes one round-trip journey every hour.

Powering cars with solar energy is a challenge that engineers have yet to nail. Cars require a lot of energy, zig-zag between sunlight and shadow, and start and stop all the time. Small vehicles are heavy, and the surface suitable for installing solar panels is too small to produce sufficient power.

Trains, on the other hand, travel on a fixed route and can be quickly recharged at each stop using electricity generated by static solar panels. For that reason, they have been the target of several renewable energy projects.

Since January 2017, a fleet of wind turbines have provided all the electricity needed to power the Dutch national railway. In July, Indian Railways debuted trains with solar panels on their roofs to power on-board services such as lights and fans.

The United Kingdom is also looking into using solar to power its rail transport. A report by Imperial College London and 10:10 Climate Action estimates that solar energy could power 10 percent of the country's routes currently running on direct current.

The Byron Bay train's short route makes it more of a proof of concept than a fully realized transportation revolution, but on a local level, it can deliver real benefits by decreasing traffic and getting the public interested in clean energy. One small step for this humble new train means a big step forward for the sector by proving that transport systems can be fully powered by the Sun.

Read This Next
Futurism
Best Marine Solar Panels of 2022
Dam Straight
China Says It's 3D Printing a 590-Foot Hydroelectric Dam With Zero Human Labor
Fusion Update
Chinese Scientists Say They've Discovered Cheap New Way to Do Nuclear Fusion
Brands We Love
Adding Solar Power to Your Home Is Complicated. But It Doesn't Have to Be.
Brands We Love
Are Solar Panels Worth It for Your Home? Here's a Free Way To Find Out.
More on Earth & Energy
Very Bad Idea
Yesterday on the byte
Gender Reveal Party Under Investigation for Polluting Entire River
Hurricane Party
Sep 30 on the byte
We Must Respect This Florida Man Ripping a Bong During an Actual Hurricane
Bridge to Nowhere
Sep 29 on the byte
Entire Islands Severed From Florida by Hurricane Ian
READ MORE STORIES ABOUT / Earth & Energy
Keep up.
Subscribe to our daily newsletter to keep in touch with the subjects shaping our future.
+Social+Newsletter
TopicsAbout UsContact Us
Copyright ©, Camden Media Inc All Rights Reserved. See our User Agreement, Privacy Policy and Data Use Policy. The material on this site may not be reproduced, distributed, transmitted, cached or otherwise used, except with prior written permission of Futurism. Articles may contain affiliate links which enable us to share in the revenue of any purchases made.
Fonts by Typekit and Monotype.