The unusual heist was cut short by the police. 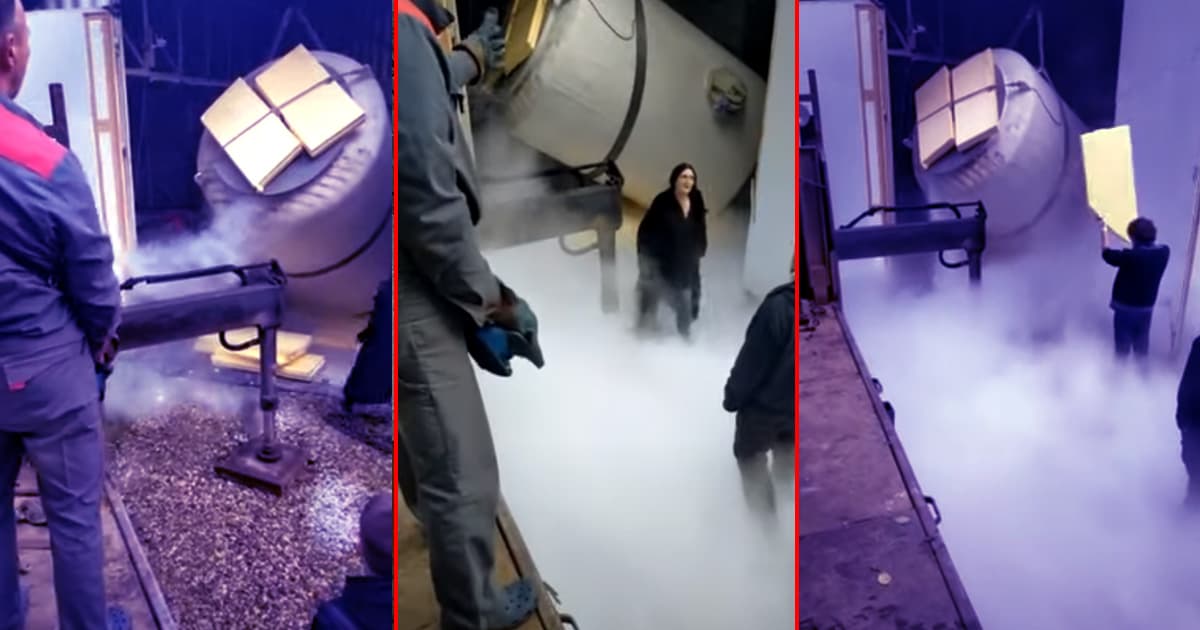 Accusations are flying in a bizarre spat involving stolen cryogenically frozen human remains, according to a report by Russian tech website Rubase.

Valeria Udalova, the CEO of a Russian cryogenics company, allegedly attempted to abscond with several frozen bodies after a disagreement between her and founder Danila Medvedev, Rubase reports.

According to British tabloid The Times, Udalova is Medvedev's ex-wife.

It's an unfortunate situation, considering the contraband in question. The company reportedly holds 81 frozen remains of human "cryopatients" and 47 animals. And roughly 500 people have signed contracts with them to be frozen when they die — in hopes, of course, that future medical science will be able to resuscitate them.

Before we get any further, we should note that the story should be taken with a heavy grain of salt. Tabloids were practically swarming over the story when it broke, and we have yet to see any independent confirmation in the English-language media.

Flabbergasting incompetence in the cryogenic preservation industry wouldn't be unprecedented, though. In the late 1960s, an under-qualified entrepreneur started a cryonics business that ended in disaster when the bodies were mistakenly thawed out.

In the Russian case, Medvedev told Rubase that Udalova tried to pack several giant vacuum-insulated tanks holding the remains onto a truck using a crane, as shown in a video. Police, however, stopped the heist short after being notified of the situation.

The conflict arose years ago when Medvedev started voicing his discontent with the way the company handled cryogenics. Udalova registered a new company in November 2019 called Open Cryonics, according to Rubase, signing herself on as the sole proprietor. That led to Medvedev filing several lawsuits against her new company, arguing that Udalova had been attempting to strongarm her way to power over the operation.

Udalova spoke her mind in a 15-minute video uploaded to CryoRus' YouTube channel and detailing her side of the story. She also told Rubase that she's willing to take the fight to court.

She reportedly planned her heist for three months, coming up with special equipment that can hold the bodies in a supine position.

"Mr. Medvedev wrote a false denunciation to the police that the vacuum tanks were stolen," Udalova told Rubase, as translated by Google. "I want to explain again, we have all the documents of title to the tanks."

It's a bizarre incident, in sum, that leaves us with far more questions than answers.

Read This Next
Read the Room
Elon Musk Fans Horrified as He Suggests Ukraine Give in to Putin's Demands
Finger Pointing
Russia Warns That Nuclear Plant It Captured May Leak Waste Over Europe
Sobering News
Ukrainian Hackers Allegedly Cut Off Russian Soldiers' Beloved Vodka Supply
Hell on Earth
Internet Aghast at AI Facial Recognition Used to Identify Dead Russian Soldiers
Fake Surrender
Hackers Deepfaked a Video of the Ukrainian President Telling His Soldiers to Surrender
More on Future Society
I Silence Thee
Jan 28 on futurism
Leaked Messages Seem to Show Elon Musk Using Twitter to Punish His Enemies
Gas Giant
Jan 27 on the byte
Journalist Eats Lab-Grown Chicken, Gets "Weirdly Gassy"
Musk Rats
Jan 26 on the byte
Twitter Is Quietly Re-Suspending the Lunatics Elon Musk Let Back On
READ MORE STORIES ABOUT / Future Society
Keep up.
Subscribe to our daily newsletter to keep in touch with the subjects shaping our future.
+Social+Newsletter
TopicsAbout UsContact Us
Copyright ©, Camden Media Inc All Rights Reserved. See our User Agreement, Privacy Policy and Data Use Policy. The material on this site may not be reproduced, distributed, transmitted, cached or otherwise used, except with prior written permission of Futurism. Articles may contain affiliate links which enable us to share in the revenue of any purchases made.
Fonts by Typekit and Monotype.