What's In Our Solar System? (Infographic) 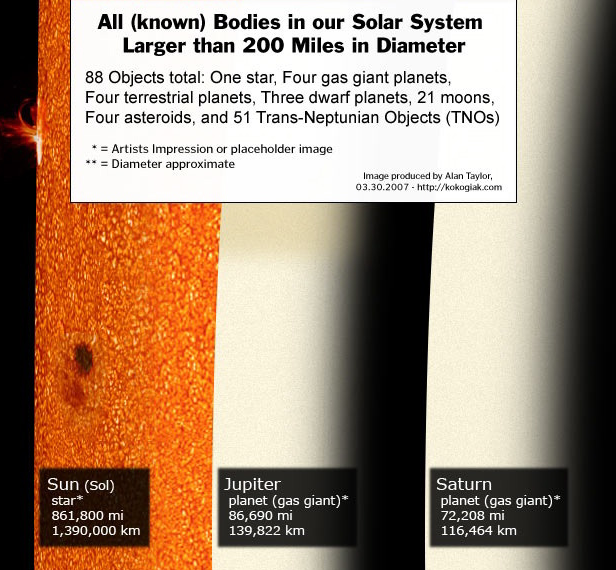 Here's a look at everything that we've found in our solar system that is over 200 miles (321 km) in diameter. The image shows all of the various bodies in our solar system in order of size, starting with the largest. The chart stops at 200 miles because, if it went much lower, the list of objects would cover hundreds of thousands of objects and it would take you ages of scrolling to get through it (so the limitation is really a good thing).

Interestingly, several planets come after several moons in the size rankings. There are some 88 objects in total.

Take a look at this fantastic image to see how Earth measures up, and meet the other members of our little cosmic family. You can see a larger version here.