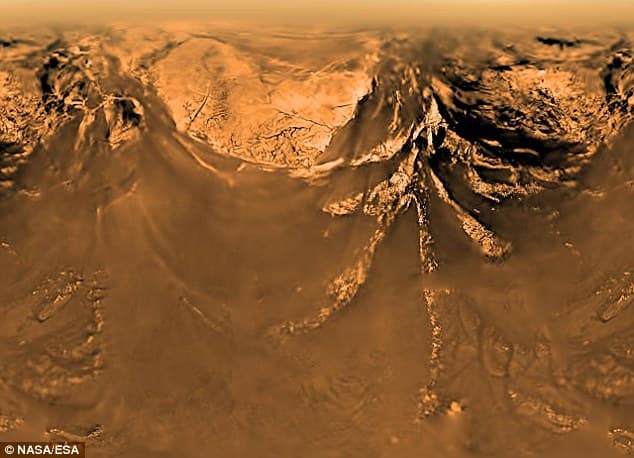 The European Space Agency's Huygen probe is an amazing bit of technology. It left our little planet and touched down on another world back in 2005, just over 10 years ago (it made its landing on January 14th, 2005). It's destination was Titan, one of Saturn's many moons. At the time of its arrival, ​it had the notable distinction of being the spacecraft that traveled the farthest from Earth and successfully landed on another body. It was also the first time a probe touched down on an object in our outer Solar System.

And oddly, we discovered that, if you touched the surface, you sank quite a bit. “It is like snow that has been frozen on top. If you walk carefully, you can walk as on a solid surface, but if you step on the snow a little too hard, you break in very deeply,” reveals Erich Karkoschka, a co-author of a paper published in October 2012.

It was October 15, 1997, when NASA's Cassini orbiter embarked on an epic, seven-year voyage to the Saturnian system. Hitching a ride was ESA's Huygens probe, destined for Saturn's largest moon, Titan. The final chapter of the interplanetary trek for Huygens began on 25 December 2004 when it deployed from the orbiter for a 21-day solo cruise toward the haze-shrouded moon. Plunging into Titan's atmosphere, on January 14 2005, the probe survived the hazardous 2 hour 27 minute descent to touch down safely on Titan’s frozen surface. Today, the Cassini spacecraft remains in orbit at Saturn. Its mission will end in 2017, 20 years after its journey began.

The probe lasted for about an hour before eventually going dark. It may not sound like a terribly long time, but it collected data that scientists are still poring over today. You can learn more about the mission at this link.

And here is a faster version of the same.