We Might Finally Have a Glimpse of $4.5 Billion Startup Magic Leap’s Mysterious Hardware 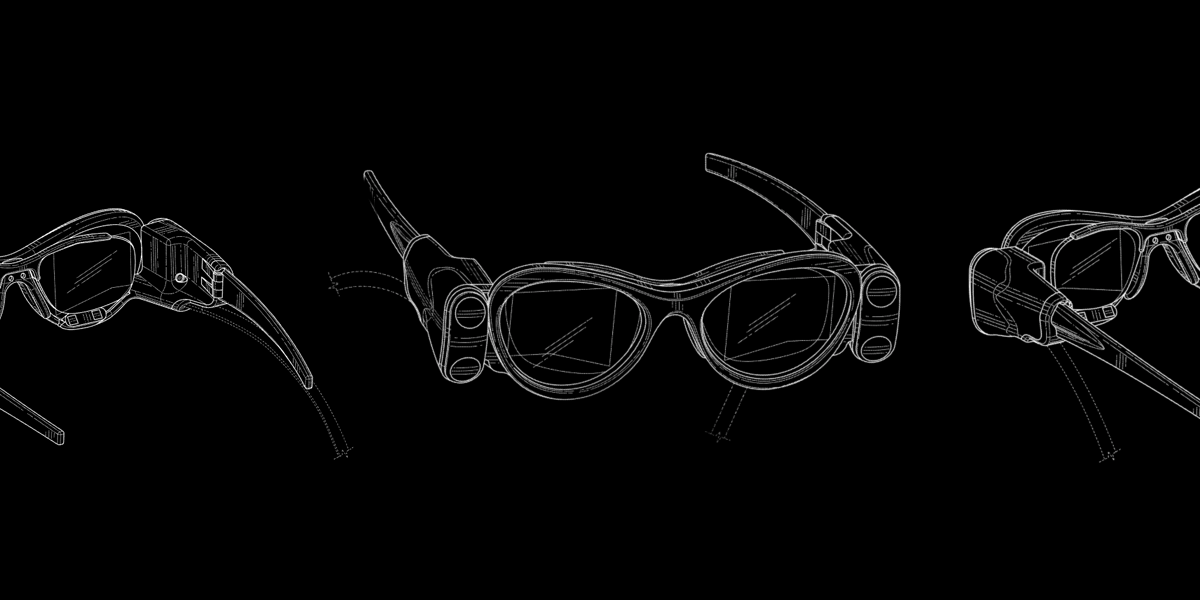 Image by US Patent & Trademark Office

A new image of Magic Leap's supposedly disruptive spatial computing hardware has been published as part of a patent filing submitted in September 2015 and made public this week. The device resembles a pair of conventional glasses, but with bulkier arms where cameras are mounted.

However, Magic Leap spokesperson Julia Gaynor told Business Insider that the image from the patent application doesn't necessarily reflect the company's much-hyped hardware. "As you know, we file lots of patents that take a long time to get approved and so what you are looking at is not our product," she told the publication.

However, this contradicts other reports from sources familiar with the project, who have indicated that the current design is broadly similar to the one shown in the patent: a little bigger and with the depth sensor placed on the bridge of the nose. They also claim there's only one camera on each side of the device, rather than two.

It's to be expected that the design would have evolved over the past two years of development. The first image of the prototype that was leaked to the internet featured a user wearing a large backpack containing its processor and power supply. In contrast to the more recent images, that's now been replaced by two smaller components — one of which is attached to the belt and the other stowed in a pocket.

Augmented reality is being billed as the next big thing in tech. Apple is reportedly making the technology a priority for the next generation of iPhones, Microsoft is developing its own headset, and Google just announced the ARCode API. However, Magic Leap has been ahead of the curve, making waves in tech circles since its formation in 2010.

The company has raised well over $1 billion in funding, but there's still a distinct air of secrecy surrounding its hardware. CEO Rony Abovitz has teased an imminent reveal on several occasions, but as it stands, all we have to go on is patent drawings, leaked images, and pitch videos.

Read This Next
Photo Wake-Up
This Algorithm Can Create 3D Animations From A Single Still Image
Brands We Love
You Could Be Using VR to Boost Your Hidden Creativity
Futurism
Augmented Reality Recreates A New York City Not Seen for Centuries
Futurism
Virtual Reality Has Reached A "Tipping Point." It's Officially Here to Stay.
Futurism
Google Is Bringing Augmented Reality Functionality to Chrome
More on Virtuality
Who's This For?
Oct 11 on the byte
Meta's Uber-Expensive New VR Headset Is Dead on Arrival
We Met Online
Aug 21 on the byte
People Are Going on Dates in the Metaverse and It Sounds Very Strange
Spare Us
Aug 17 on the byte
Wave of Criticism Hits Zuckerberg's Metaverse for Looking Like Crap
READ MORE STORIES ABOUT / Virtuality
Keep up.
Subscribe to our daily newsletter to keep in touch with the subjects shaping our future.
+Social+Newsletter
TopicsAbout UsContact Us
Copyright ©, Camden Media Inc All Rights Reserved. See our User Agreement, Privacy Policy and Data Use Policy. The material on this site may not be reproduced, distributed, transmitted, cached or otherwise used, except with prior written permission of Futurism. Articles may contain affiliate links which enable us to share in the revenue of any purchases made.
Fonts by Typekit and Monotype.