This guy spilled the beans. 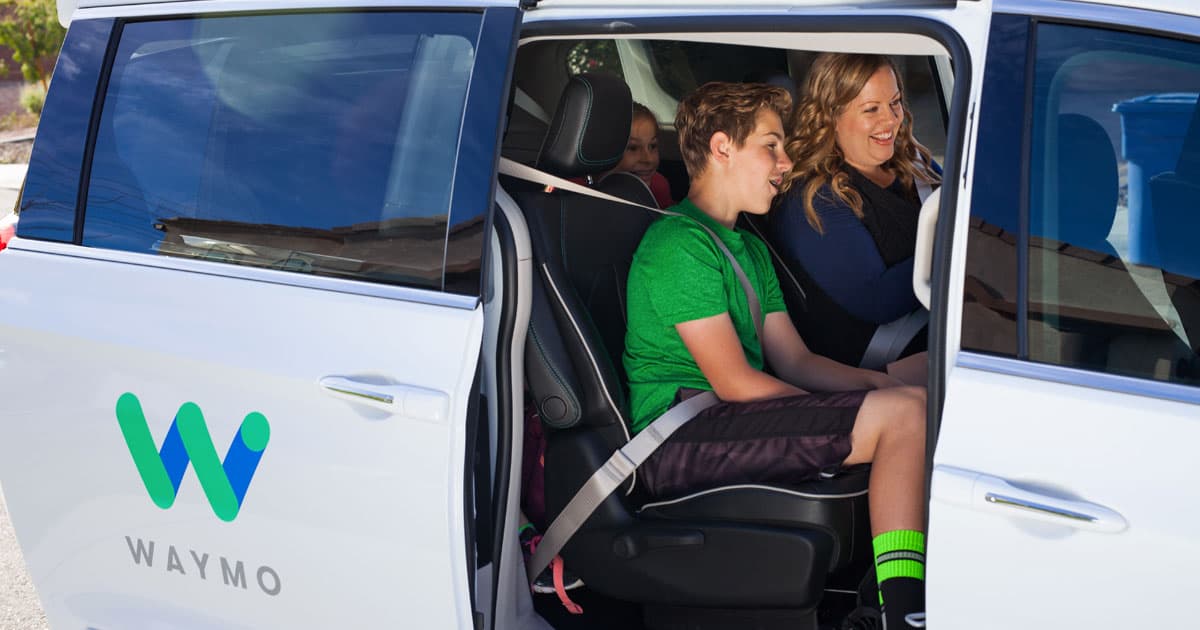 Michael Richardson is one lucky guy.

In mid-September, self-driving car company Waymo accepted the technologist and entrepreneur into its early rider program in Phoenix, Arizona.

Like all riders, Richardson signed a nondisclosure agreement (NDA), a legal contract forbidding him from talking about his experience as a Waymo rider. Now he's getting away with violating that contract, and what he had to say answers several key questions about the service — while leaving many others unanswered.

On Wednesday, Richardson agreed to an interview with Ars Technica, telling the publication that Waymo had freed him from his NDA. It turns out he was mistaken — Richardson was still legally bound to keep quiet about the rides he'd taken in the company's autonomous vehicles.

Nevertheless, Waymo agreed to let Ars run its story. And in a move that surely caused Richardson to breathe a huge sigh of relief, it also promised it wouldn't pursue legal action against him.

That bit of goodwill on the part of Waymo should temper some of the not-so-positive news in the Ars story.

As part of the early rider program, Richarson took two round-trip rides with Waymo: one on September 28 and another on October 6. During his interview, the Waymo rider noted multiple limitations with the service, including a small coverage area, a higher cost than Uber and Lyft, and restricted pick-up and drop-off locations. He also claimed his vehicles took longer routes than necessary to avoid a freeway and a tricky left turn.

Perhaps most troubling, he also initially told Ars that he saw safety drivers take control of the vehicles on multiple occasions. According to Waymo's records, however, a safety driver only took over once, and Richardson later admitted that he may have misremembered.

Of course, if Richardson got one part of his story wrong, there's a chance the rest of it isn't airtight. He also hasn't ridden with Waymo since it launched its commercial service, Waymo One, meaning the company could have already worked out some of the kinks he noticed two-plus months ago.

Waymo does plan to lift the NDA restriction on riders who transition to Waymo One, so we should be getting a wider range of views on the company's vehicles in the near future.

Still, this is our first look inside one of Waymo's cars from the perspective of a Waymo rider, and it certainly wasn't all negative.

"I'm impressed by what the vehicle can do and how well it gets around," Richardson told Ars. "It's very, very impressive."

READ MORE: We Finally Talked to an Actual Waymo Passenger—here’s What He Told Us [Ars Technica]

More on Waymo One: Waymo Has Officially Launched a Self-Driving Taxi Service

Read This Next
Steering Wheels Coming Off
Automotive Lobbying Group Abandons the Term "Self-Driving"
Driving Himself Crazy
Watch Elon Musk Promise Self-Driving Cars "Next Year" Every Year Since 2014
Look Ma
It's Shockingly Easy to Drive a Tesla Without Anybody in the Driver's Seat
Shots Fired
Ford CEO Mocks Tesla For Rolling Out Half-Finished Autonomous Driving
Trolley Problem Enhanced
Tesla Bros Are Freaking Out Right Now About the New Full Self-Driving Beta
More on Advanced Transport
Quelle Surprise!
Yesterday on the byte
Of Course Elon Musk Is Pushing The Cybertruck Back Again, What Did You Expect?
Stay Away
Wednesday on the byte
New SUV Features Electrified Door Handles and Pepper Spray Guns
No Fly
Monday on the byte
The TSA's Entire No Fly List Appears to Have Just Leaked
READ MORE STORIES ABOUT / Advanced Transport
Keep up.
Subscribe to our daily newsletter to keep in touch with the subjects shaping our future.
+Social+Newsletter
TopicsAbout UsContact Us
Copyright ©, Camden Media Inc All Rights Reserved. See our User Agreement, Privacy Policy and Data Use Policy. The material on this site may not be reproduced, distributed, transmitted, cached or otherwise used, except with prior written permission of Futurism. Articles may contain affiliate links which enable us to share in the revenue of any purchases made.
Fonts by Typekit and Monotype.