Waymo One is ready to take riders where they need to go. 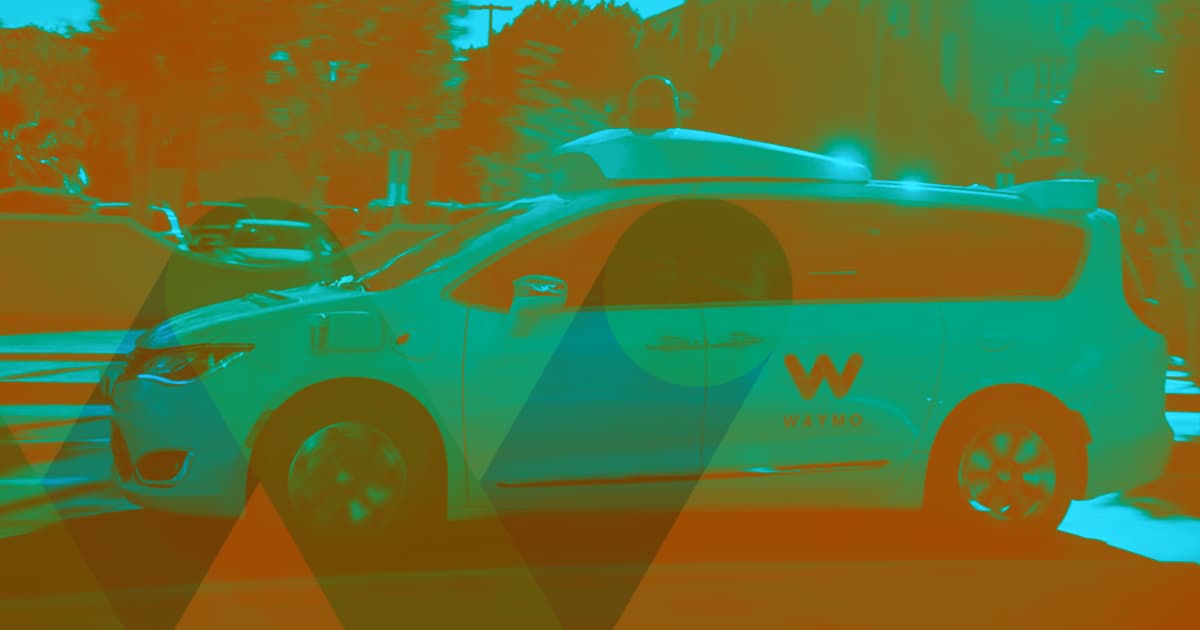 The world's most experienced driver is ready to take riders where they need to go.

According to Waymo, Waymo One will launch in Metro Phoenix, Arizona, before rolling out more widely. Waymo will give riders already involved in its research program in the area access to an app that appears to function a lot like Uber or Lyft.

Once a person requests a ride via the app, they'll see a price quote and estimated pick-up and drop-off times. If they choose to move forward with the ride, a Waymo vehicle will drive itself to pick up the rider, who can bring with them up to two other adults and one child.

At first, a human will be in the driver's seat of the vehicle, but they aren't necessarily there for safety reasons — according to Waymo, the human is "riding along to supervise our vehicles for riders’ comfort and convenience." Basically, Waymo is putting a human behind the wheel to give these first riders peace of mind.

Waymo is one of the biggest players in the self-driving car industry, so the launch of Waymo One is a huge step forward for the tech as a whole.

And even though the service is currently limited to just one region and only a specific segment of the population, Waymo One offers us a glimpse of what's to come: a future in which our roads are safer thanks to highly experienced, non-human drivers.

READ MORE: Waymo One: The Next Step on Our Self-Driving Journey [Medium]

More on Waymo: Yep, It’s Real: Your Next Rideshare Could Be Driverless in as Soon as a Month

Read This Next
Red Light
Godfather of Self-Driving Cars Says the Tech Is Going Nowhere
Steering Wheels Coming Off
Automotive Lobbying Group Abandons the Term "Self-Driving"
Elon Take the Wheel
Tesla's In-Car Cameras Are Now Spying on Drivers to Make Sure They Pay Attention
Look Ma
It's Shockingly Easy to Drive a Tesla Without Anybody in the Driver's Seat
Empty Seat
Waymo Ditches Human Safety Drivers in Its Self-Driving Taxis
More on Advanced Transport
Netflix and Drive
Monday on futurism
Mercedes Claims to Have Achieved Level 3 Automation, Beating Tesla
Battery Trouble
Monday on the byte
Tesla "Spontaneously" Bursts Into Flames While Driving Down Freeway
High Tide
Jan 27 on the byte
We’re in Awe of Amsterdam’s Huge Underwater Bike Parking Garage
READ MORE STORIES ABOUT / Advanced Transport
Keep up.
Subscribe to our daily newsletter to keep in touch with the subjects shaping our future.
+Social+Newsletter
TopicsAbout UsContact Us
Copyright ©, Camden Media Inc All Rights Reserved. See our User Agreement, Privacy Policy and Data Use Policy. The material on this site may not be reproduced, distributed, transmitted, cached or otherwise used, except with prior written permission of Futurism. Articles may contain affiliate links which enable us to share in the revenue of any purchases made.
Fonts by Typekit and Monotype.