Florida Law Would Allow Self-Driving Cars With No Safety Drivers 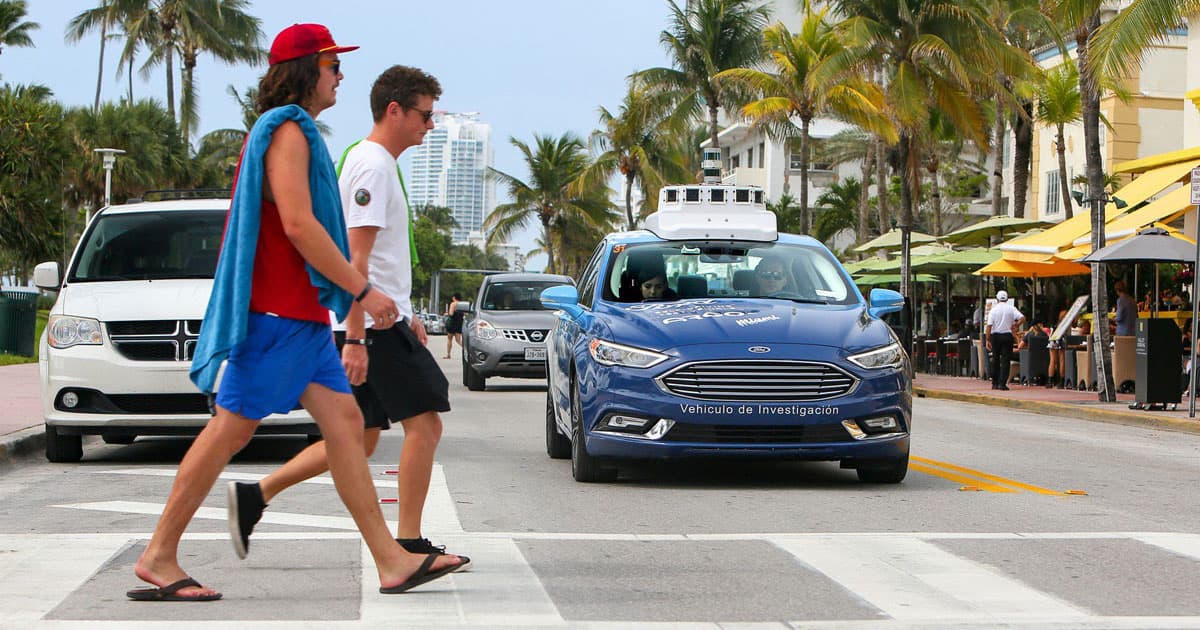 Two Florida lawmakers are working to loosen up state restrictions on self-driving technology.

These politicians might be confident that true self-driving vehicles are ready for primetime, but that optimism doesn't match the reality of the situation.

Hand On The Wheel

Fischer told the Sun Sentinel that the bill is intended to cement Florida's reputation as a leader in autonomous vehicle testing. He claims that his proposed legislation will allow self-driving car companies like Waymo and Uber to further develop technology without restrictive regulations — even letting a rider in the driver's seat watch TV while the car navigated itself.

But not everyone is excited about that prospect. During past attempts to lessen these regulations, many were concerned about whether or not the cars could be trusted to operate safely on their own.

"You have this technology that is being unleashed on the world prior to it really being ready," liability and injury lawyer Joshua Chilson told the Tampa Bay Times. "It’s obviously not advanced to the point where it’s capable of responding to real-life scenarios, like the one that happened in Tempe."

Right now, Waymo One is the only commercial ride-hailing service for autonomous vehicles, and every car still has a human sitting in the driver's seat, even though some experiments go without a safety driver. That's not to say that the law is the only thing holding Waymo One back from axing these safety drivers — autonomous vehicles regularly get confused or stuck when left to their own devices and require a human touch to get back on track, according to passengers of the service.

The implication that people would finally be free to watch TV instead of the road is particularly troubling, given reports that the safety driver operating the Uber vehicle that struck and killed a pedestrian in March was streaming shows on her phone at the time.

Technological progress is one thing, but expecting industries to regulate themselves has backfired time and time again. Given that the whole point of self-driving cars is to prevent the huge amount of accidents caused by human error, it would be exceptionally short-sighted to do away with restrictions that were put in place to keep people safe before the technology was truly ready.

READ MORE: Fleets of automated cars may be coming to Florida roads with no human oversight [South Florida Sun Sentinel]

Read This Next
Netflix and Drive
Mercedes Claims to Have Achieved Level 3 Automation, Beating Tesla
Kiddy League
Tesla Fans Put Child in Path of Moving Tesla on Self-Driving Mode
Uber Bad
If This Leak Is Real, Uber Is in Huge Trouble
Self-Delusion
Experts Alarmed by Videos of Tesla Full Self-Driving Totally Screwing Up
Steering Wheels Coming Off
Automotive Lobbying Group Abandons the Term "Self-Driving"
More on Advanced Transport
Kapow
Feb 3 on the byte
Self-Driving Car Plowed Into Active Fire Scene, Forcing Firefighters to Smash Its Window
Battery Trouble
Jan 30 on the byte
Tesla "Spontaneously" Bursts Into Flames While Driving Down Freeway
High Tide
Jan 27 on the byte
We’re in Awe of Amsterdam’s Huge Underwater Bike Parking Garage
READ MORE STORIES ABOUT / Advanced Transport
Keep up.
Subscribe to our daily newsletter to keep in touch with the subjects shaping our future.
+Social+Newsletter
TopicsAbout UsContact Us
Copyright ©, Camden Media Inc All Rights Reserved. See our User Agreement, Privacy Policy and Data Use Policy. The material on this site may not be reproduced, distributed, transmitted, cached or otherwise used, except with prior written permission of Futurism. Articles may contain affiliate links which enable us to share in the revenue of any purchases made.
Fonts by Typekit and Monotype.