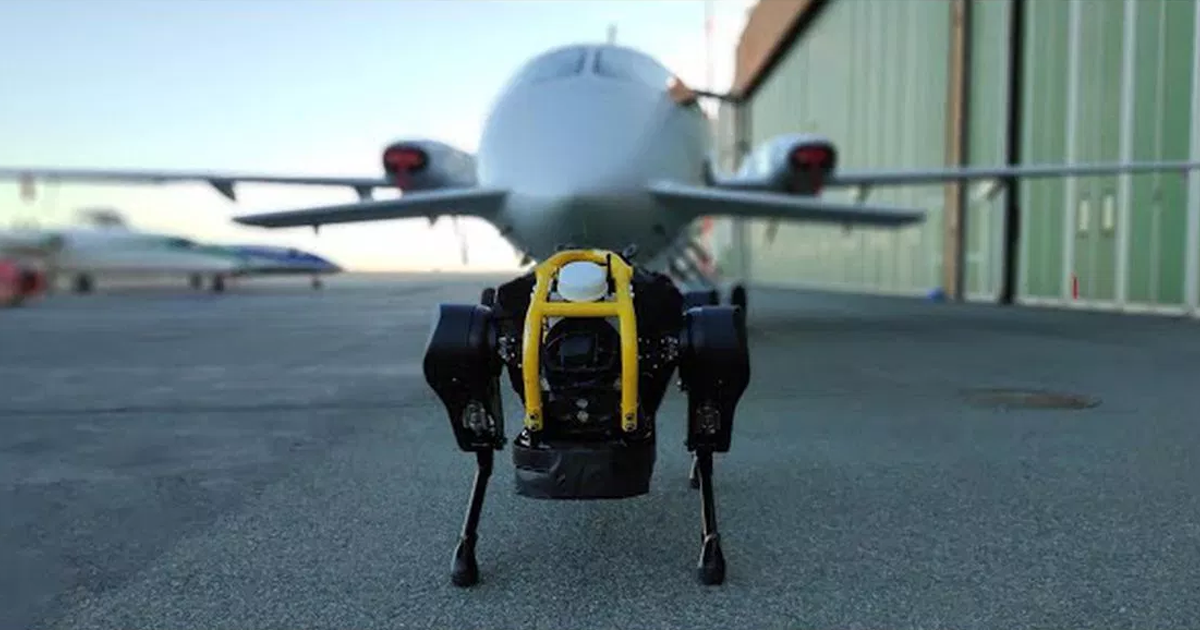 Man's best friend may be great at pulling a sled, but a manmade best friend can pull an entire airplane.

A little over a month has passed since we witnessed a pack of Boston Dynamics robot dogs pulling a truck. Now, researchers at Istituto Italiano di Tecnologia (IIT) have announced a new version of their hydraulic, quadrupedal robot, HyQReal — and what better way to show off the bot's capabilities than by pulling a three-ton airplane.

That's because the beefy bot is being developed by IIT to aid in disaster scenarios like fires.

"We are not targeting the first response yet," Claudio Semini, project leader at IIT's Dynamic Legged Systems lab said in an email to CNET, "but support in the aftermath of a disaster. Bringing sensors into unsafe areas, manipulating and moving objects, opening doors, etc."

While pulling the immense weight of a three-ton plane is impressive, the capability depends more on the rolling resistance of the aircraft's tires than its overall weight.

Still, it's a testament to the capability of HyQReal to take on heavy-duty tasks. At the end of the day, if it takes a pack of robot dogs to pull a truck and one robot dog to pull an airplane, perhaps it's time we started treating robots and AI more nicely before we end up regretting it.

Read This Next
Quacks Like a Duck
Watching Elon Musk's Robot Back to Back With Boston Dynamics Is... Something
Wait What
FCC Commissioner Says He's Afraid of Robodogs and We Can't Tell If He's Joking
Bot Crime
Experts Shocked by Military Robodog With Sniper Rifle Attachment
Good Riddance
After Public Rage, NYPD Secretly Fires Robot Dog
Dog Days
NYPD Robodog Involved in Arrest of Man With Gun
More on Robots & Machines
FROM THE DEPT. OF...
Dec 1 on futurism
The Best Wired Earbuds in 2022
FROM THE DEPT. OF...
Dec 1 on futurism
The Best Gifts For Gamers in 2022
Egg Drop
Dec 1 on the byte
Former NASA Guy Drops Egg Out of Space, Tries to Keep It From Breaking
READ MORE STORIES ABOUT / Robots & Machines
Keep up.
Subscribe to our daily newsletter to keep in touch with the subjects shaping our future.
+Social+Newsletter
TopicsAbout UsContact Us
Copyright ©, Camden Media Inc All Rights Reserved. See our User Agreement, Privacy Policy and Data Use Policy. The material on this site may not be reproduced, distributed, transmitted, cached or otherwise used, except with prior written permission of Futurism. Articles may contain affiliate links which enable us to share in the revenue of any purchases made.
Fonts by Typekit and Monotype.