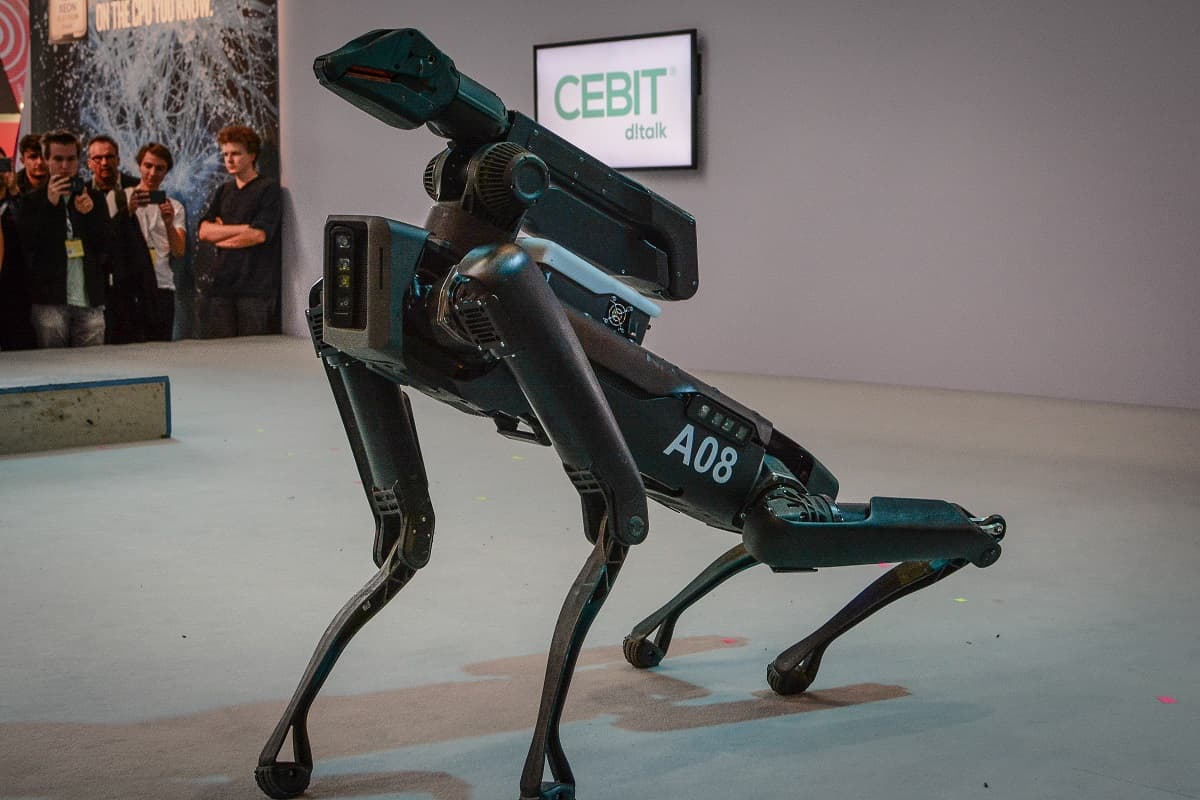 FCC commissioner Brendan Carr went on a Twitter rant this week about robodogs, citing apocalyptic science fiction movies and television before ultimately implying — though we're honestly still not sure — that maybe he had just been joking about the whole thing.

"I've seen 'Terminator,' I've seen 'I, Robot," he posted, along with a video of a Spot robodog made by Boston Dynamics. "I know how this ends."

"That's why I'm hereby proposing a new rule," he continued. "If you're [sic] robot dog is too large to kick over in case of an emergency, it's banned."

As one of the most influential tech officials in the country, Carr's remarks were eyebrow-raising. And he didn't stop there, repeatedly hammering his deep credentials of having watched "Terminator," a 1984 flick in which Arnold Schwarzenegger plays a killer robot with a goofy accent.

"Listen, if 'Terminator' doesn’t qualify me to propose this rule, then watching 'I, Robot' certainly does," he fired back in response to criticism, going on to speculate that "your account may be a burner account for a robot dog that has gone sentient. In which case, that’s cause enough to accelerate the rulemaking."

Pretty soon he caught the attention of Brendan Schulman, VP Policy and Government Relations at Boston Dynamics, who seemed to take his remarks seriously.

"Commissioner Carr, our robot’s top speed is 3.6 miles per hour (you can easily outwalk it), and the round red button on the back instantly disables its motors," he wrote. "I would welcome an informative discussion about any concerns."

But Carr was having none of it, invoking yet another sci-fi franchise to demonstrate the danger of slow-moving adversaries.

"In 'Walking Dead,' the zombies don’t move very fast either," he replied. "They walk — it’s right there in the title. But notice how they’re always right on your heels nonetheless? The speed limit is cold comfort."

Of course, this all raises the question of whether Carr was just, well, shitposting. The various tweets also started around 8pm and concluded in the early-morning hours after midnight, leading open the possibility that not every involved was perfectly sober.

Or maybe the tweets were tongue-in-cheek allusions to genuine concern. Experts were alarmed earlier this month when Ghost Robotics, a Boston Dynamics competitor, attached a sniper rifle to a robodog.

"This crosses a moral, legal and technical line, taking us to a dark and dangerous world," UNSW Sydney AI professor Toby Walsh told us at the time. "Such weapons will be used by terrorists and rogue states. They will be weapons of terror."

Meanwhile, Carr's further attempts to address the tweetstorm still didn't help us figure out whether, or to what degree, he was being facetious.

"Seriously, though, if someone comes out with 'The Conservative Case Against Kicking Over Robot Dogs' hot take, I'm not having it," he tweeted the next day. "There is nothing more conservative than trying to conserve our very existence."

Capping the whole segment off, Carr appeared to address the fracas days later, in a now-pinned tweet that, frankly, we still can't quite decode.

"In hindsight, proposing to codify a rule about tipping over robot dogs based on sci-fi movies might not have been the best advice," he wrote. "Here’s a better idea: Simply clothe yourself in satire and *shazam* neither the robot dogs nor their defenders will see you when the apocalypse hits."

Another headscratcher. Folks, these are the people running the United States government.

More on robodogs: Uh Oh, They Strapped a Sniper Rifle to a Robot Dog

Read This Next
Quacks Like a Duck
Watching Elon Musk's Robot Back to Back With Boston Dynamics Is... Something
Bot Crime
Experts Shocked by Military Robodog With Sniper Rifle Attachment
Good Riddance
After Public Rage, NYPD Secretly Fires Robot Dog
Dog Days
NYPD Robodog Involved in Arrest of Man With Gun
Futurism
Outcry as Video Shows Robodog Patrolling With NYPD
More on Robots & Machines
From the Dept. of...
12:00 AM on futurism
The Best Wireless Mouse of 2023
Balloon Boy
Yesterday on the byte
Other Chinese Balloons Apparently Flew Over America, But Nobody Noticed Them
From the Dept. of...
Yesterday on futurism
The Best Earbuds Under $50 in 2023
READ MORE STORIES ABOUT / Robots & Machines
Keep up.
Subscribe to our daily newsletter to keep in touch with the subjects shaping our future.
+Social+Newsletter
TopicsAbout UsContact Us
Copyright ©, Camden Media Inc All Rights Reserved. See our User Agreement, Privacy Policy and Data Use Policy. The material on this site may not be reproduced, distributed, transmitted, cached or otherwise used, except with prior written permission of Futurism. Articles may contain affiliate links which enable us to share in the revenue of any purchases made.
Fonts by Typekit and Monotype.