Glimpse: Virtual Reality For The Masses Might Solve The Problems Social Media Started

Interacting with others in virtual reality could help us have interactions similar to those we have in the real world. 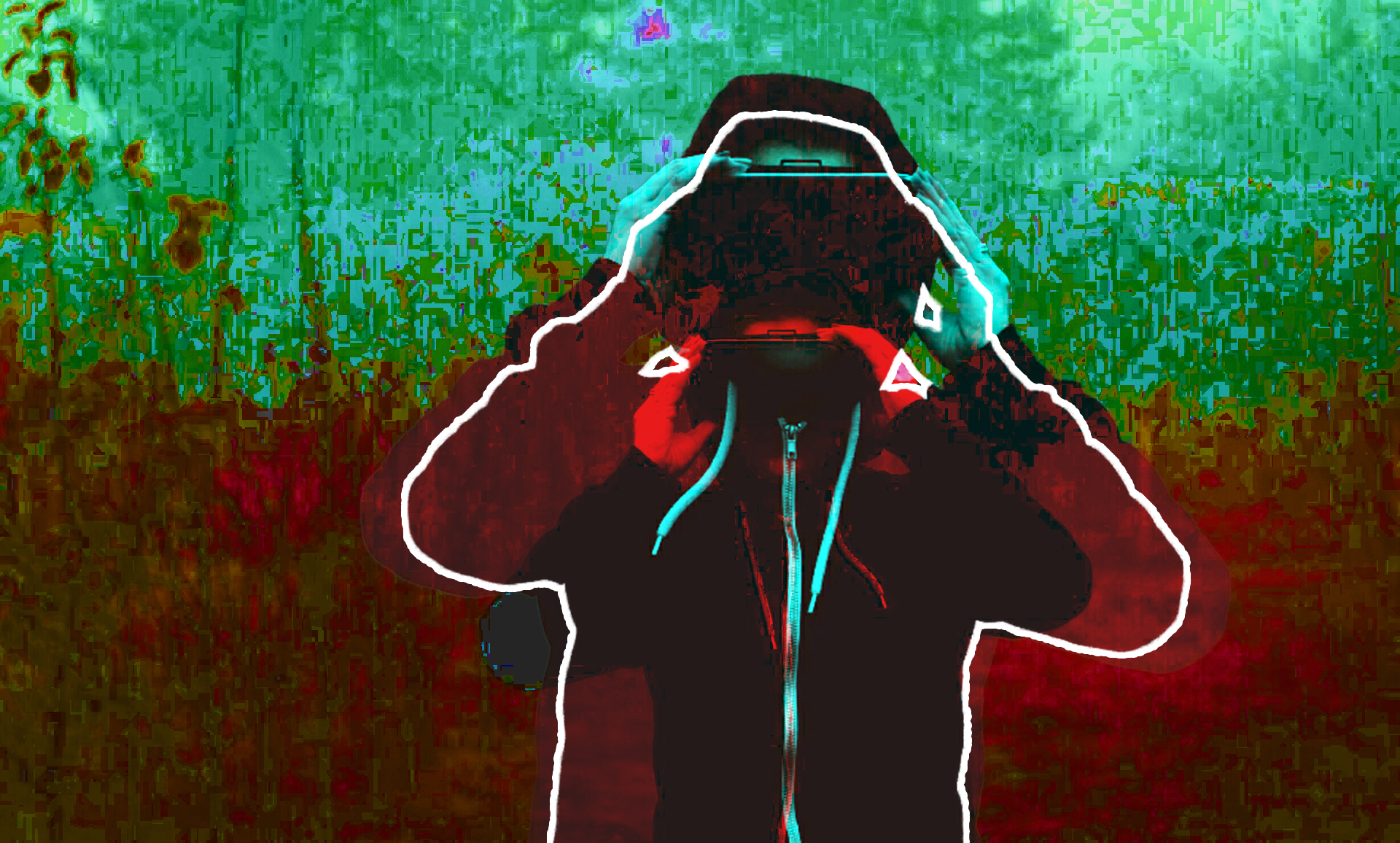 Back in December, Facebook admitted something you might have already suspected: too much social media probably isn’t very good for you.

A month prior, Chamath Palihapitiya, a former Facebook VP, put it more bluntly: “The short-term, dopamine-driven feedback loops that we have created are destroying how society works: no civil discourse, no cooperation, misinformation, mistruth,” he said during an interview at Stanford.

That might be a little harsh, but it’s in line with a growing body of research. Excessive social media use has been linked to higher rates of anxiety, depression, increased peer pressure, and negative social comparison. More and more neuroscientists believe it may even be changing the underlying chemistry of our brains.

How will this be treated in the future? Day 180, the sixth episode of Glimpse, a new original sci-fi series from Futurism Studios (a division of Futurism LLC) and DUST explores the effects of these types of addictions. Watch the episode below.

“In a face to face interaction, everything is qualitative,” Lauren Sherman, the author of a 2016 study on the effects of social media on adolescents, told CNN. “You use someone’s gestures or facial expressions, that sort of thing, to see how effective your message is. If you go online, one of the ways you gauge the effectiveness of your message is in the number of likes, favorites or retweets.” In other words, we gauge the success of an online interaction quantitatively, not qualitatively.

Experts now liken this “social quantitative reasoning” to the methods used to make gambling addictive. “The rewards are what psychologists refer to as variable reinforcement schedules and is the key to social media users repeatedly checking their screens,” explained Mark Griffiths, a professor of behavioral addition at Nottingham Trent University, in an interview with The Guardian.

While we don’t yet know if social media can be addictive, it’s clear that sometimes a little break would do us some good. Even some of the companies behind some of these at-times-detrimental tools are making it easier for people to unplug; in May, Google announced its first-ever “Digital Wellbeing” initiative, aimed at developing tools to help users do exactly that.

Clearly, there are things we can do better. But for a lot of people, swearing off social media altogether isn’t exactly an option. A digital presence is increasingly part of the workplace, whether you’re marketing your small business or simply connecting with colleagues in the same field.

Plus, moderate use of digital technologically doesn’t seem to be inherently harmful. Last year, a landmark study of 120,000 adolescents indicated there was a ‘Goldilocks Zone’ for digital screen use. So instead of creating tools to keep us off social media, a better challenge for Silicon Valley, and ideally society as a whole, might be: “How can we reengineer social media to serve people better?”

By definition, virtual reality is designed to simulate the real world, immersing us in a digital duplication of it. That, inherently, might protect people from some of the “dopamine-driven feedback loops” they might fall into with social media as we use it now.

And now, the technology is ready to be a part of our everyday lives. The cord-free, phone-free Oculus Go, which Mashable recently called “the iPhone of VR headsets,” may herald in a mass market inflection point.

The Oculus Go’s release is also pushing VR developers toward shared social experiences, instead of individualized play. This is Facebook we’re talking about, after all. Take Oculus Rooms, an app created by Facebook Reality Labs (formerly Oculus Research). Billing itself as your “personalized home base in VR,” Oculus Rooms evokes the customizable chat rooms in Ernest Cline’s Ready Player One to enable close-quarter, face-to-face interaction with a small group of friends joining in from anywhere on Earth.

The emphasis here is on small groups—Oculus Rooms only allows four people to be together at any given time, promoting more meaningful and intimate interactions. The newly expanded Oculus TV offers a similar experience, allowing friends to get together to stream movies and TV together.

Apps that allow small groups of friends to congregate are likely the future of social networking. “What VR does is it takes all the gadgets away, it takes all of the multitasking away and you actually feel like you’re with someone,” Jeremy Bailenson, director of Stanford’s Virtual Human Interaction Lab, explained in an interview with Public Radio International. “We call this social presence — you see their emotions, you see their gestures and it feels just like you’re in the room with them. It takes what is typically seen as something that’s unemotional and distant and makes it feel like somebody is right there with you.”

Bailenson is onto something. Studies have shown that virtual reality is effective in eliciting specific emotions like awe and fear in ways that a smartphone never could. Whether this will ultimately be good or bad for human anthropology remains to be seen, but we’ll find out soon enough.

Read This Next
Meta Material
Christmas Present VR Headset Sends Boy to the Hospital
Stay at Home
Facebook Is Taking Down Pages Organizing Anti-Quarantine Protests
Facebook Mind Reader
Facebook is Making Progress on Its Mind Reading Headset
Brain Machine
Zuckerberg: Facebook is Building a Machine to Read Your Thoughts
Futurism
Leaked Documents Show How Facebook Controls Speech Across the Globe
More on Sci-Fi Visions
Space Sick
Yesterday on neoscope
Space Is Wreaking Havoc on Astronauts’ Blood
FROM THE DEPT. OF...
Monday on futurism
The Coolest Tech Products We’re Excited to Review from CES 2022
Second Life
Monday on the byte
Expert Says People Will Soon Live Entire Lives in Metaverse
READ MORE STORIES ABOUT / Sci-Fi Visions
Keep up.
Subscribe to our daily newsletter to keep in touch with the subjects shaping our future.