Twitter Working on Plan to Charge Users to Watch Videos

Would you pay $10 to watch a video on Twitter? 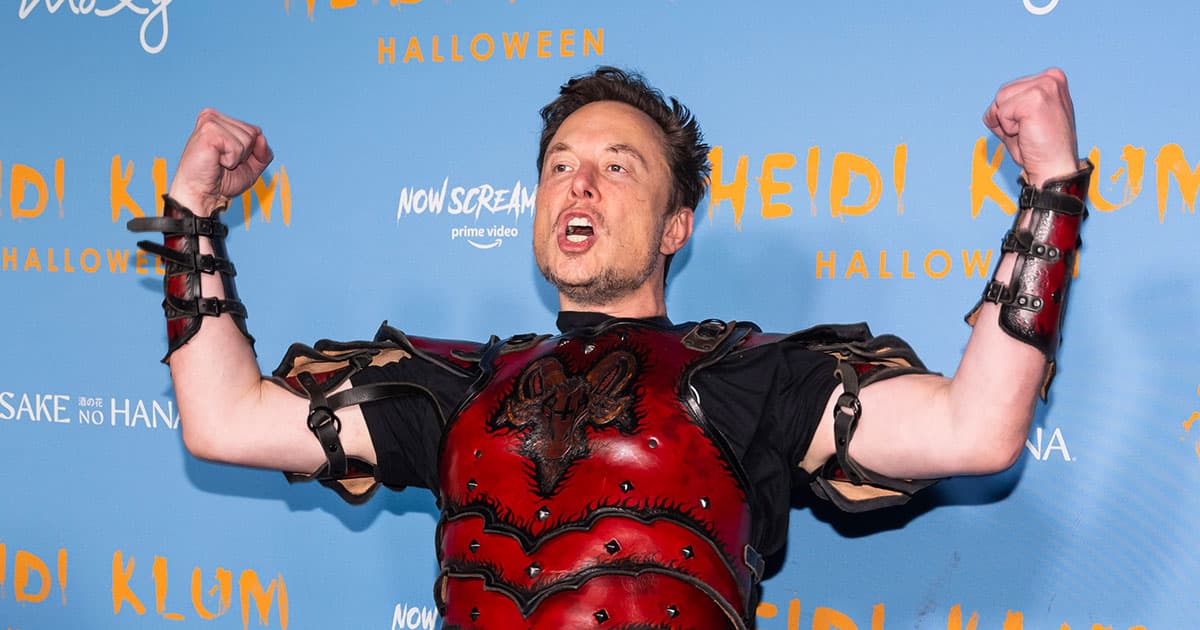 Now that Tesla CEO Elon Musk has taken over Twitter, the billionaire has been frantically shuffling through ambitious plans to turn the ailing social media platform into a revenue-driving business.

Case in point, according to internal email obtained by The Washington Post, Musk is plotting for Twitter to charge users to view videos posted by content creators and take a cut of the proceeds — a highly controversial idea that's already been met with internal skepticism.

The team of Twitter engineers has "identified the risk as high" in the email, citing "risks related to copyrighted content, creator/user trust issues, and legal compliance."

In short, Musk is blazing ahead with his infamously ambitious timelines — a "move fast and break things" approach that could signify a tidal change for Twitter's historically sluggish approach to launching new features.

Musk has already made some big structural changes to Twitter, having fired high-up positions at the company and dissolved its board of directors.

The company will also likely be facing mass layoffs, according to The Washington Post.

The new feature detailed in the new email, which is being referred to as "Paywalled Video," allows creators to "enable the paywall once a video has been added to the tweet" and chose from a preset list of prices, ranging from $1 to $10.

"This will also give Twitter a revenue stream to reward content creators," Musk tweeted on Tuesday, adding that "creators need to make a living!"

But whether Twitter users will be willing to pay for stuff that was previously free remains anything but certain.

Musk has already announced that he is planning to charge $8 a month for Twitter users to stay verified, which has been met with derision.

The billionaire CEO is facing an uphill battle. Now that the company is private, he has to pay around $1 billion in annual interest payments, a result from his $44 buyout, according to the WaPo.

Compounding the trouble, Reuters reported last week that Twitter is bleeding some of its most active users.

Meanwhile, Musk's chaotic moves are likely to alienate advertisers, with the Interpublic Group, a massive inter-agency advertising group, recommending that its clients suspend all paid advertising for at least the week.

That doesn't bode well. It's not out of the question that a paywalled video feature may facilitate the monetization of pornographic content, which may end up scaring off advertisers even further — but Twitter's exact intentions for the feature are still unclear.

According to Reuters, around 13 percent of the site's content is currently marked not safe for work (NSFW).

It's part of Musk's attempt to shift revenue away from advertising on the platform. In a tweet last week, he promised advertisers that Twitter wouldn't become a "free-for-all hellscape."

But that hasn't stopped advertisers from already leaving in droves.

All in all, a paywalled video feature could mark a significant departure for Twitter, a platform still primarily known for short snippets of text.

For now, all we can do is watch.

Read This Next
Head Like A Hole
Elon Musk's Crying About Trent Reznor Shows That He Is a Big, Big Baby
Secrets Secrets
Elon Musk Vigorously Denies That SBF Secretly Owns Part of Twitter
Good Time to Leave
Panicked Elon Musk Reportedly Begging Engineers Not to Leave
#NastyNasty
Elon Musk's Mom Pleads With Everyone to Stop Being So Mean to Her Perfect Boy
You're Fired
Elon Musk Is Mass-Firing Employees Who Dared Criticize Him in Slack
More on Future Society
Plug And Play
5:12 PM on the byte
The World Cup Is So High Tech That They Have to Charge the Balls
Scammers Scam On
3:42 PM on futurism
The Fyre Fest Guy Is Off House Arrest and of Course His New Scheme Involves the Metaverse and Crypto
Woof Woof
Yesterday on the byte
Startup Unveils Videogame for Dogs
READ MORE STORIES ABOUT / Future Society
Keep up.
Subscribe to our daily newsletter to keep in touch with the subjects shaping our future.
+Social+Newsletter
TopicsAbout UsContact Us
Copyright ©, Camden Media Inc All Rights Reserved. See our User Agreement, Privacy Policy and Data Use Policy. The material on this site may not be reproduced, distributed, transmitted, cached or otherwise used, except with prior written permission of Futurism. Articles may contain affiliate links which enable us to share in the revenue of any purchases made.
Fonts by Typekit and Monotype.