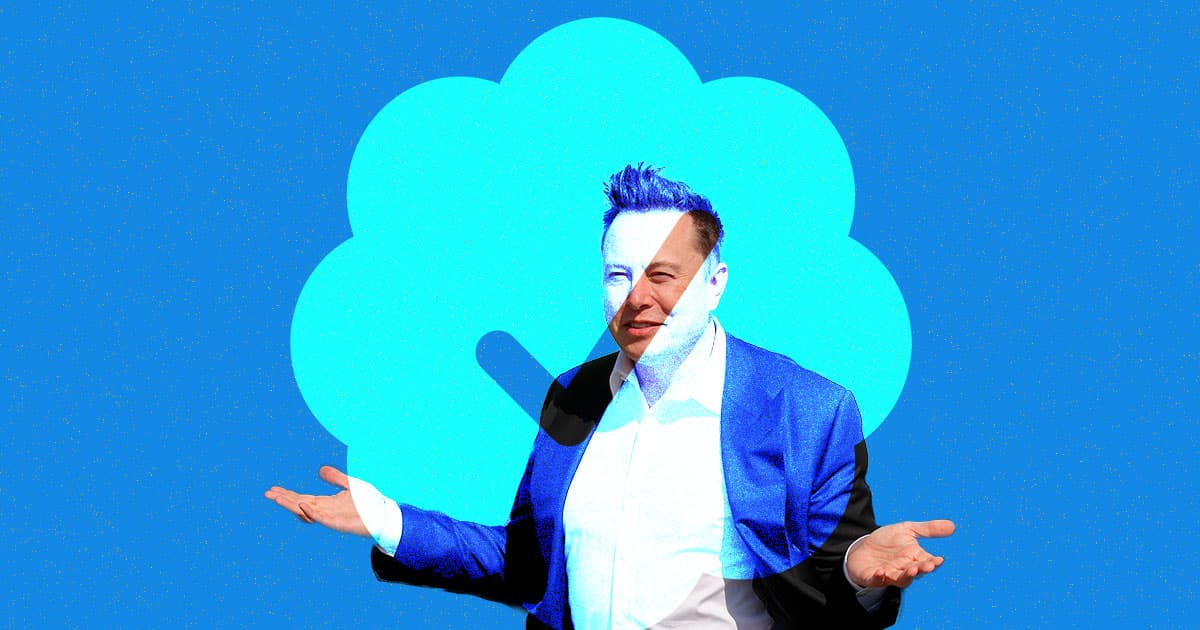 "We need to pay the bills somehow!"

"We need to pay the bills somehow!"

Tesla CEO and self-proclaimed "Chief Twit" Elon Musk has completed his acquisition of Twitter — and he isn't wasting any time in making some big changes to the platform.

As The Verge first reported over the weekend, Musk told Twitter employees they had to build a paid verification system — said to cost between $5 and $20 per month — or leave the company altogether.

The fee is meant to allow users to keep their verification badge, a controversial move that some of the platform's most prominent users have publicly balked at.

"$20 a month to keep my blue check?" famed horror author and chronic tweeter Stephen King tweeted. "F*ck that, they should pay me. If that gets instituted, I’m gone like Enron."

"We need to pay the bills somehow!" Musk fired back, comically pleading with King for a financial contribution. "Twitter cannot rely entirely on advertisers. How about $8?"

The episode corroborates the view that Musk hasn't fully thought through his new plans for the platform, even going as far as pulling more than 50 Tesla employees, including Autopilot engineers, to help out at the ailing social media property.

King's sentiments echo countless other users who were appalled at the decision. Why would they have to foot the bill, paying the richest man in the world to keep their blue check mark?

As many have pointed out, paying to get verified could have plenty of unintended consequences as well, potentially laying out the red carpet for the same bots and spammers Musk claims to be trying to defeat.

Musk, for his part, has yet to fully address the controversy. Besides, he's been busy — from attending a celebrity Halloween party to watching his space company launch a mega rocket.

"I will explain the rationale in longer form before this is implemented," Musk wrote in his salvo to King. "It is the only way to defeat the bots and trolls."

Musk has a steep uphill battle ahead of him — turning Twitter into a profitable and private business will be anything but simple.

But begging some of the most noteworthy personalities on the platform to pony up cash for a little blue check mark doesn't seem to be a winning strategy.