It's the bandwidth of fiber, but without the requirement of physical cabling. 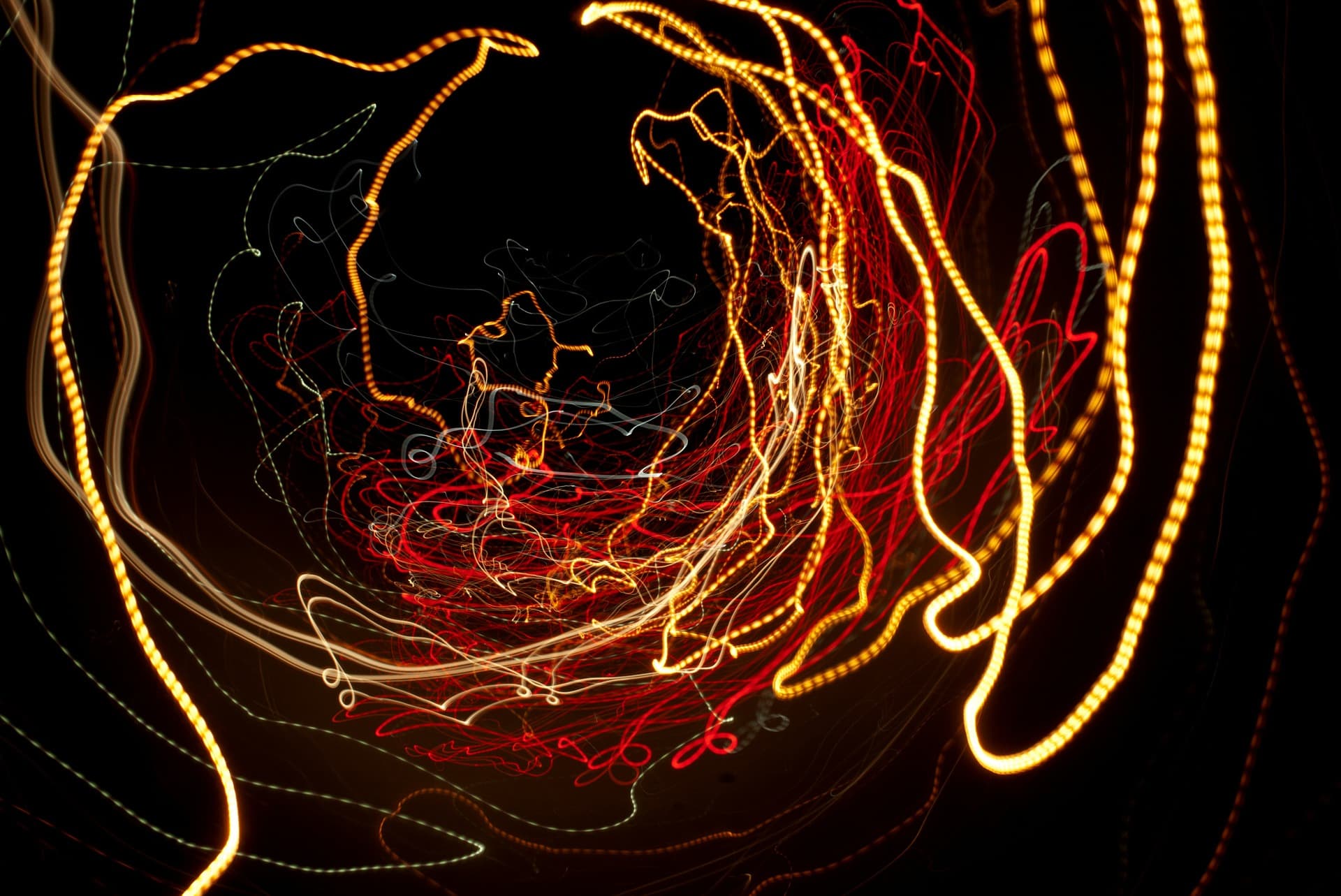 Using particles of light, i.e. photons, to transmit information isn't exactly new. Photons have seen use in a number of tests to determine the precision of quantum networks over long distances. While the advent of quantum communication might just well be on the horizon, another team of researchers have figured out a way to use photons to carry information and data wirelessly, potentially replacing today's fiber optics and creating a much faster internet.

Researchers from the University of Glasgow in the U.K., working with colleagues from Germany, New Zealand, and Canada, described what they call ‘optical angular momentum’ (OAM) in a study recently published in the journal Science Advances. This works by "twisting light" across open spaces. Concretely, the team twisted photons by passing them through a special kind of hologram, which they described as "similar to that on a credit card," to give the photons this OAM.

Capable of traveling across open spaces, these twisted photons can carry more data in each transmission, while also becoming strong enough to withstand interference caused by turbulent air. The hologram enables the photons to carry more than just the usual binary bits of 0s and 1s used in today's digital communications — the same way a quantum network relies on quantum bits (qubits) to relay information. The method was shown to be effective across a 1.6 km (roughly a mile) free space link the research team built in Erlangen, Germany, an area that simulated an urban environment with all the potential sources for signal disruption.

The development of more reliable means to transfer information is necessary, given how the world consumes data and information today. “In an age where our global data consumption is growing at an exponential rate, there is mounting pressure to discover new methods of information carrying that can keep up with the huge uptake in data across the world," Dr. Martin Lavery, head of the Structured Photonics Research Group at Glasgow, said in a press release.

“A complete, working optical angular momentum communications system capable of transmitting data wirelessly across free space has the potential to transform online access for developing countries, [defense] systems and cities around the world," he added. Since fiber optics remain the fastest way of transferring information, Lavery believes that their method can "give us the bandwidth of [fiber], but without the requirement for physical cabling."

Though effective, this type of communication has its own limits. For one, relying on photons means it can't be used in transmitting indoors, obviously. Furthermore, for such a wireless network to be practical, one has to consider a number of other issues: Does it withstand interference from extreme weather conditions? How much information can it handle effectively?

Still, Lavery's team made a promising achievement, demonstrating how so-called adaptive optics can improve quantum information transfer. “With these new developments, we are confident that we can now re-think our approaches to channel [modeling] and the requirement places on adaptive optics systems," said Lavery. "We are getting ever closer to developing OAM communications that can be deployed in a real urban setting."

Read This Next
Brands We Love
The Internet of Things Is the Future and This Training Can Help You Master It
Brands We Love
You Can Get a Lifetime of VPN Protection for Only $35 Right Now
Brands We Love
Learn The Coding Skills You'll Need to Land Your Next Job With These Online Classes
Normal Day
Putin Signs Bill to Create Tightly-Controlled "Russian Internet"
Moderation Station
China Is Trying to Scrub Bikinis and Smoking From the Internet
More on Future Society
I Silence Thee
Jan 28 on futurism
Leaked Messages Seem to Show Elon Musk Using Twitter to Punish His Enemies
Gas Giant
Jan 27 on the byte
Journalist Eats Lab-Grown Chicken, Gets "Weirdly Gassy"
Musk Rats
Jan 26 on the byte
Twitter Is Quietly Re-Suspending the Lunatics Elon Musk Let Back On
READ MORE STORIES ABOUT / Future Society
Keep up.
Subscribe to our daily newsletter to keep in touch with the subjects shaping our future.
+Social+Newsletter
TopicsAbout UsContact Us
Copyright ©, Camden Media Inc All Rights Reserved. See our User Agreement, Privacy Policy and Data Use Policy. The material on this site may not be reproduced, distributed, transmitted, cached or otherwise used, except with prior written permission of Futurism. Articles may contain affiliate links which enable us to share in the revenue of any purchases made.
Fonts by Typekit and Monotype.