Get a Kickstarter-driven artisan timepiece that honors America’s space innovation. 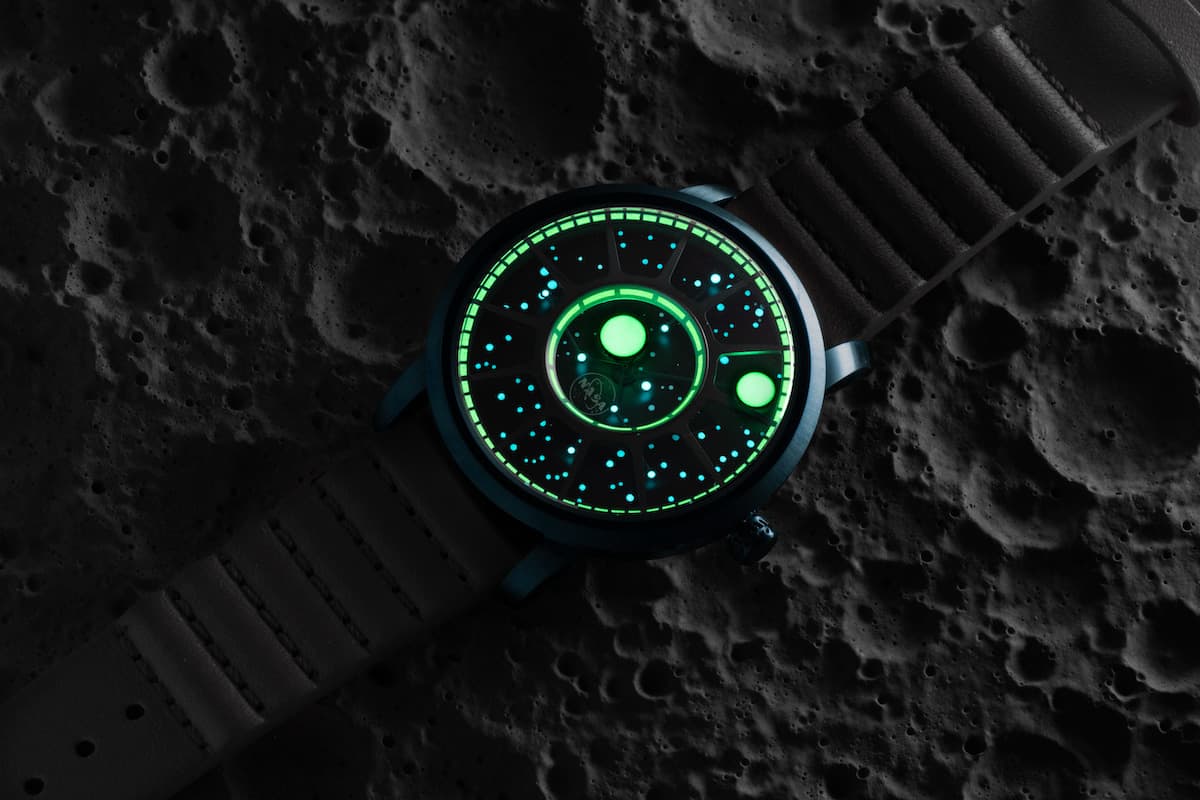 If you've got an unquenchable passion for space exploration, you are most definitely not alone. Even in an era of tightening budgets for public space projects, Americans still enthusiastically support keeping the nation at the forefront of understanding our universe. More than seven in 10 Americans believe it's essential that the U.S. remains a world leader in exploring the galaxy, while 80 percent say the International Space Station has been a good investment for the country.

Whether fueled by intellectual curiosity, childlike wonder, or just a steady diet of sci-fi movies, Americans love space. Now, enthusiasts can rep that love everywhere right on their wrist with one of these signature commemorative NASA watches from boutique watch manufacturer, Xeric.

Two years ago, the California-based watchmaker created its first NASA-approved watch honoring the 50th anniversary of the historic 1969 Apollo 11 Moon landing. Supported by an overwhelming 18,000 backers that made it the most funded timepiece in Kickstarter history, Xeric is back with a new celestial watch creation: the NASA Apollo 15 American Automatic and Moonphase Watch.

This time, Xeric designers are paying tribute to the 50th anniversary of another seminal Moon exploration event, the Apollo 15 mission featuring the first use of NASA's new lunar rover. Slimmer, lighter, and slightly more wearable than the Apollo 11 model, this new timepiece is full of brilliant upgrades while still retaining the iconic look and feel that made the original model such a hit.

The watch comes with two movement options, including an automatic version with a self-winding mechanical "engine" that supplies its own power through the wearer's movement with a power reserve of up to 40 hours. The other variety includes a Moonphase movement, which tracks the current phase of the satellite through its regular 29.5-day cycle.

Meanwhile, this watch is packed with design elements that immediately tie it back to that historic flight. The American-made Horween leather watchstrap is fashioned with articulated ridgelines like the ones found on astronaut gloves. The wire mesh watch crown is crafted to evoke the rover's unique tire tread design. And the watch grille is segmented to split the traditional hour markings on a watch face to look like a ring of crew access hatch on the Apollo 15 command module.

Meanwhile, some versions of this watch have a dial made from a slice of actual meteorite, while all include luminous Super-LumiNova indices and planets to glow like the galaxy, even in the dark.

The NASA Apollo 15 watch was funded in literally minutes when the Kickstarter campaign began earlier this month, but buyers have until Sept. 24 to pledge for the exact model they like best. Right now, Xeric's new models are available at prices from $259 up to $699, many at up to 36 percent off the retail price during this Kickstarter offering. These awe-inspiring watches are only available for a limited time. Order yours today!

Read This Next
Butcher Shop
Neuralink Employees Admit Company Has Killed 1,500 Animals So Far
PDA
Elon Musk Is Faving Posts on Twitter That Are Making Our Skin Crawl With Embarrassment
From the Dept. of Things to Buy
Review: The "Out of This World Cook Book" Chronicles the Early Meals of the Space Age
Overloaded
Whiny Space Tourists Say They Were Too Busy on the Space Station
The Moonian
Senior NASA Official Fears Getting "Stuck" on the Moon
More on Sci-Fi Visions
FROM THE DEPT. OF...
Wednesday on futurism
The Best Tablets for Note-Taking of 2022
Crypto Apocalypse
Wednesday on the byte
Crypto Investors Despondent After Losing Life Savings in FTX "Bloodbath"
HIV Vaccine
Dec 2 on neoscope
Scientists Hopeful About Promising Results From HIV Vaccine
READ MORE STORIES ABOUT / Sci-Fi Visions
Keep up.
Subscribe to our daily newsletter to keep in touch with the subjects shaping our future.
+Social+Newsletter
TopicsAbout UsContact Us
Copyright ©, Camden Media Inc All Rights Reserved. See our User Agreement, Privacy Policy and Data Use Policy. The material on this site may not be reproduced, distributed, transmitted, cached or otherwise used, except with prior written permission of Futurism. Articles may contain affiliate links which enable us to share in the revenue of any purchases made.
Fonts by Typekit and Monotype.