This Little Robot Eats Water Pollution and Makes its Own Electricity 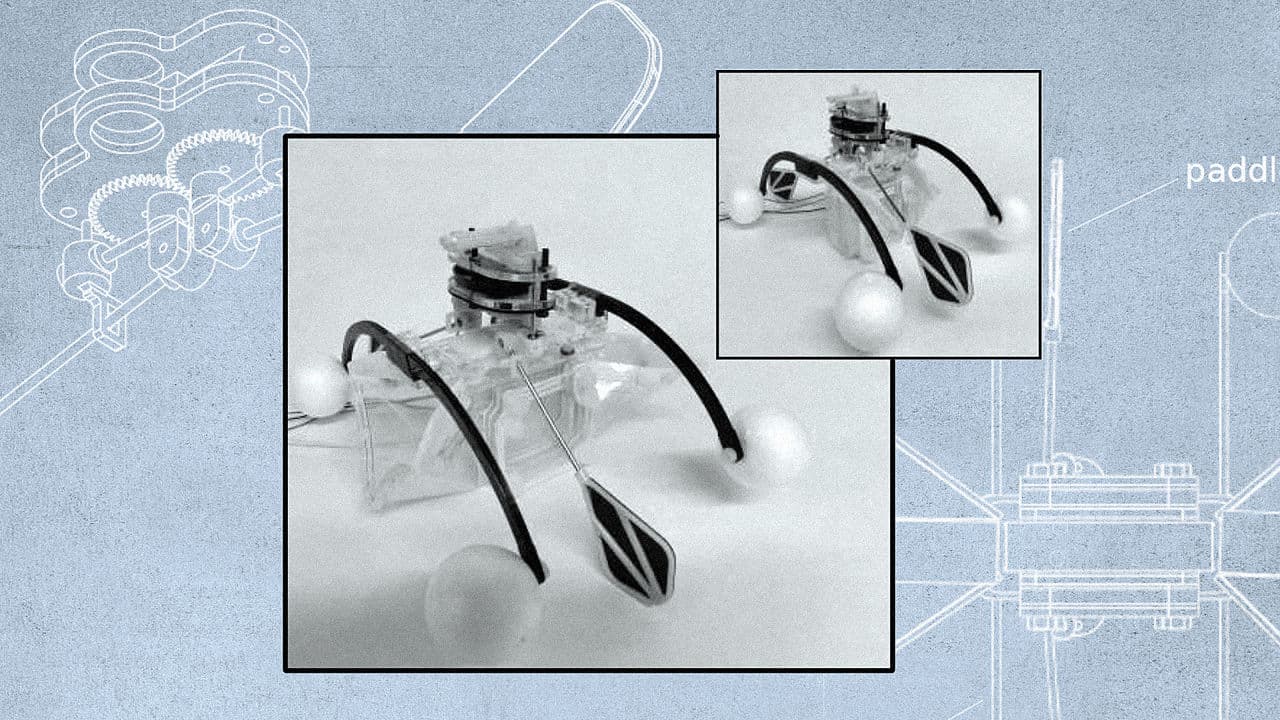 The Robot That Eats Pollution

It is no secret that we have a pollution problem. Garbage is filling up our landfills and toxins are polluting our waterways; however, now we have a new way to fight back. Meet Row-Bot (robot...row-bot, get it?).

Last month, scientists from Bristol University unveiled their design for the pollution eating robot in a paper titled "Row-bot: An Energetically Autonomous Artificial Water Boatman." The design works thanks to bacteria.

Inside the tiny machine there is a "stomach" that is filled with a colony of bacteria. As the robot paddles over water, it funnels waste and pollution into the bacteria chamber to be decomposed. In the process, it produces power, meaning that it doesn't need batteries in order to operate. As long as there is waste around, it can consume the waste in order to work, much in the same way that we consume food to get power.

It also does not require a human operator.

The two primary components are the propulsion mechanism, which it obviously needs to maneuver in the water, and the microbial fuel cell (MFC) to power the paddle. As the bacteria metabolize organic matter, they produce carbon dioxide and water.

The report explains, "The energy generated has been shown to exceed the energy required to refuel. It is the first practical robotic application to use a single MFC and as such demonstrates the potential of the technology as an energy supply....This work demonstrates a suitable system for robots operating autonomously for extended periods in the environment and presents many avenues for development."

Read This Next
Thanks, but No Thanks
Oakland Police Want to Arm Robots With Shotguns, Because We Live in a Dystopian Nightmare
Unholy Diver
Terrifying Humanoid Diving Robot With "Human" Sense of Touch Explores Shipwreck
Biological Code
The World's First Reprogrammable DNA Computer is Here
Virtual Combat
The U.S. Army Is Using Virtual Reality Combat to Train Soldiers
Cop Bots
India Just Swore in Its First Robot Police Officer
More on Robots & Machines
Robot Ridicule
6:19 PM on the byte
Hilarious Video Shows Boston Dynamics Robot Failing Horribly
FROM THE DEPT. OF...
Yesterday on futurism
The Best Rechargeable Batteries in 2023
From the Dept. of...
Yesterday on futurism
The Best Exercise Bikes of 2023
READ MORE STORIES ABOUT / Robots & Machines
Keep up.
Subscribe to our daily newsletter to keep in touch with the subjects shaping our future.
+Social+Newsletter
TopicsAbout UsContact Us
Copyright ©, Camden Media Inc All Rights Reserved. See our User Agreement, Privacy Policy and Data Use Policy. The material on this site may not be reproduced, distributed, transmitted, cached or otherwise used, except with prior written permission of Futurism. Articles may contain affiliate links which enable us to share in the revenue of any purchases made.
Fonts by Typekit and Monotype.