Two clean energies are better than one. 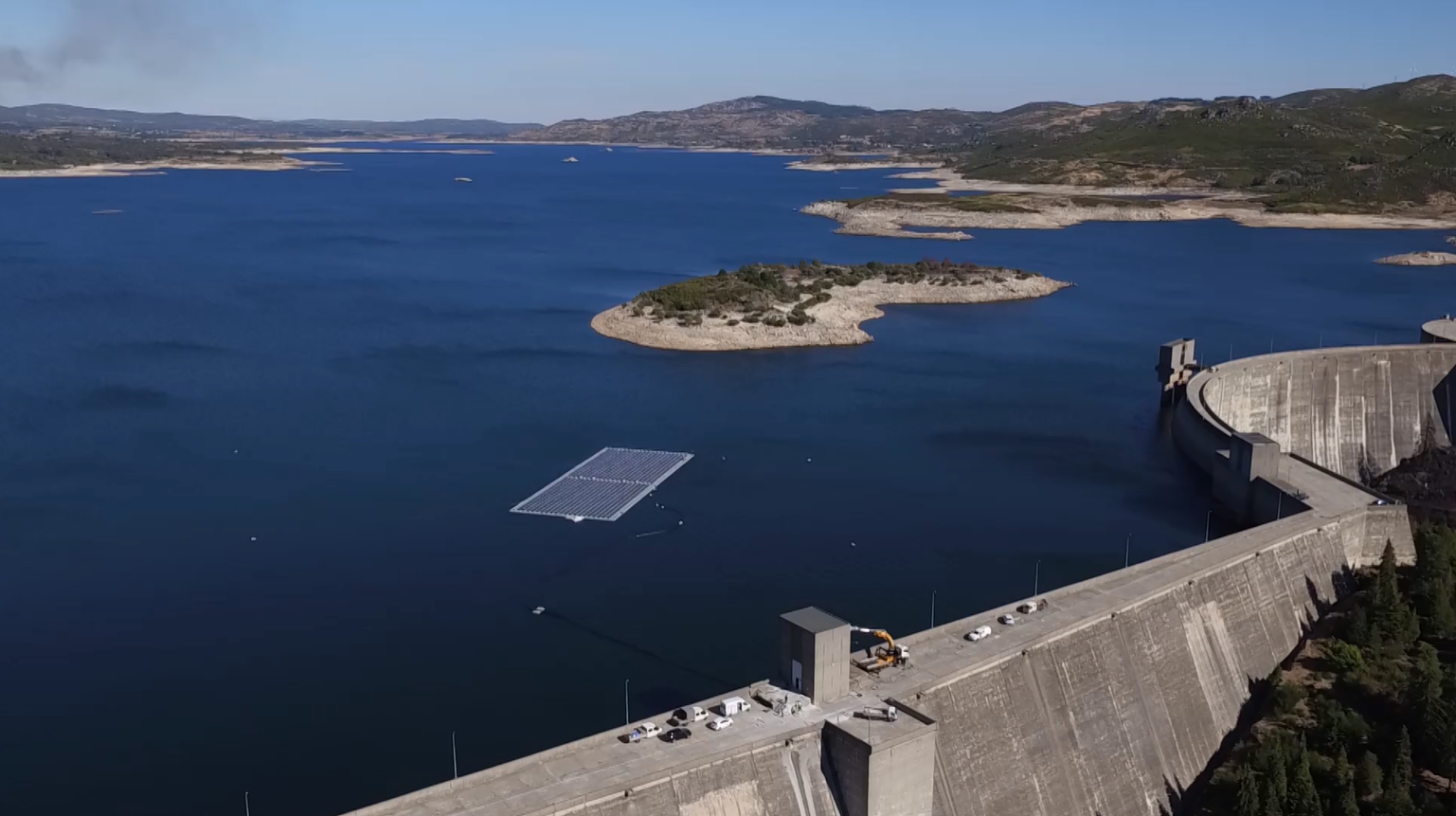 The world's first power plant combining hydroelectric and solar power is now operational in Portugal. The Alto Rabagão dam has been outfitted with 840 floating solar panels, which increase the plant’s total capacity of 68 MWh by 220 kWp. Within its first year, the station should generate 332 megawatt hours, enough to power 100 homes for a year.

The panels were created by Ciel & Terre International (C&T), developers of the floating solar system Hydrelio. The system is designed to allow ecologically friendly floating photovoltaic (FPV) panels made out of recyclables to be installed on large bodies of water rather than eating up valuable space on land.

Additionally, the panels partially shield the water, which helps to slow evaporation and the growth of algae. The panels also reduce waves within the reservoir, cutting down on the erosion of its banks.

The main goal behind C&T's FPV panels is to generate energy while maximizing the use of an artificial body of water. Installing the panels on dams makes plants more profitable and produces more energy. The panels collect sunlight during daylight hours, and hydropower can be used during peak demand times and after dark.

C&T estimates that if only 10 percent of the world’s 50 largest dams were outfitted with FPV panels, 400 gigawatts (GW) of solar electricity could be produced.

According to The Huffington Post, if the Alto Rabagão dam project succeeds, the system might be used to meet the power demands of other countries. One of those could be Brazil, where the utility behind the project, Energias de Portugal (EDP), does business on a large scale. “It has all the ingredients to succeed, a solution of this kind,” EDP project manager Paulo Pinto told the Diário de Notícias.

Portugal has created the right climate for the project's success by promoting strong renewables policies. The country also enjoys annual sunshine duration of 2,500 hours and a high potential for FPV solutions due to its existing hydropower capacity. The hybrid solution in this case presents a great example of how existing energy systems can be enhanced by newer technologies to create better clean energy solutions.

Read This Next
Solar Slay
Solar Powered Machine Turns CO2 and Waste Plastic Into Valuable Fuel
Futurism
Best Marine Solar Panels of 2023
Dam Straight
China Says It's 3D Printing a 590-Foot Hydroelectric Dam With Zero Human Labor
Fusion Update
Chinese Scientists Say They've Discovered Cheap New Way to Do Nuclear Fusion
Brands We Love
Adding Solar Power to Your Home Is Complicated. But It Doesn't Have to Be.
More on Earth & Energy
Cow Chow
Yesterday on the byte
Bill Gates Gives $12 Million to Flatulent Australian Cows
Dye in the Water
Yesterday on the byte
Scientists Dye Chunks of Ocean Water Pink for Head-Turning Coastal Experiment
Face/On
Yesterday on the byte
Scientists Found a Dinosaur's Face, Complete With Its Skin
READ MORE STORIES ABOUT / Earth & Energy
Keep up.
Subscribe to our daily newsletter to keep in touch with the subjects shaping our future.
+Social+Newsletter
TopicsAbout UsContact Us
Copyright ©, Camden Media Inc All Rights Reserved. See our User Agreement, Privacy Policy and Data Use Policy. The material on this site may not be reproduced, distributed, transmitted, cached or otherwise used, except with prior written permission of Futurism. Articles may contain affiliate links which enable us to share in the revenue of any purchases made.
Fonts by Typekit and Monotype.