The U.S. Military Has A "Space Aggressor Squadron" Trained for Off-World Warfare

They’re ready to handle everything from satellite defense to extraterrestrial attacks. 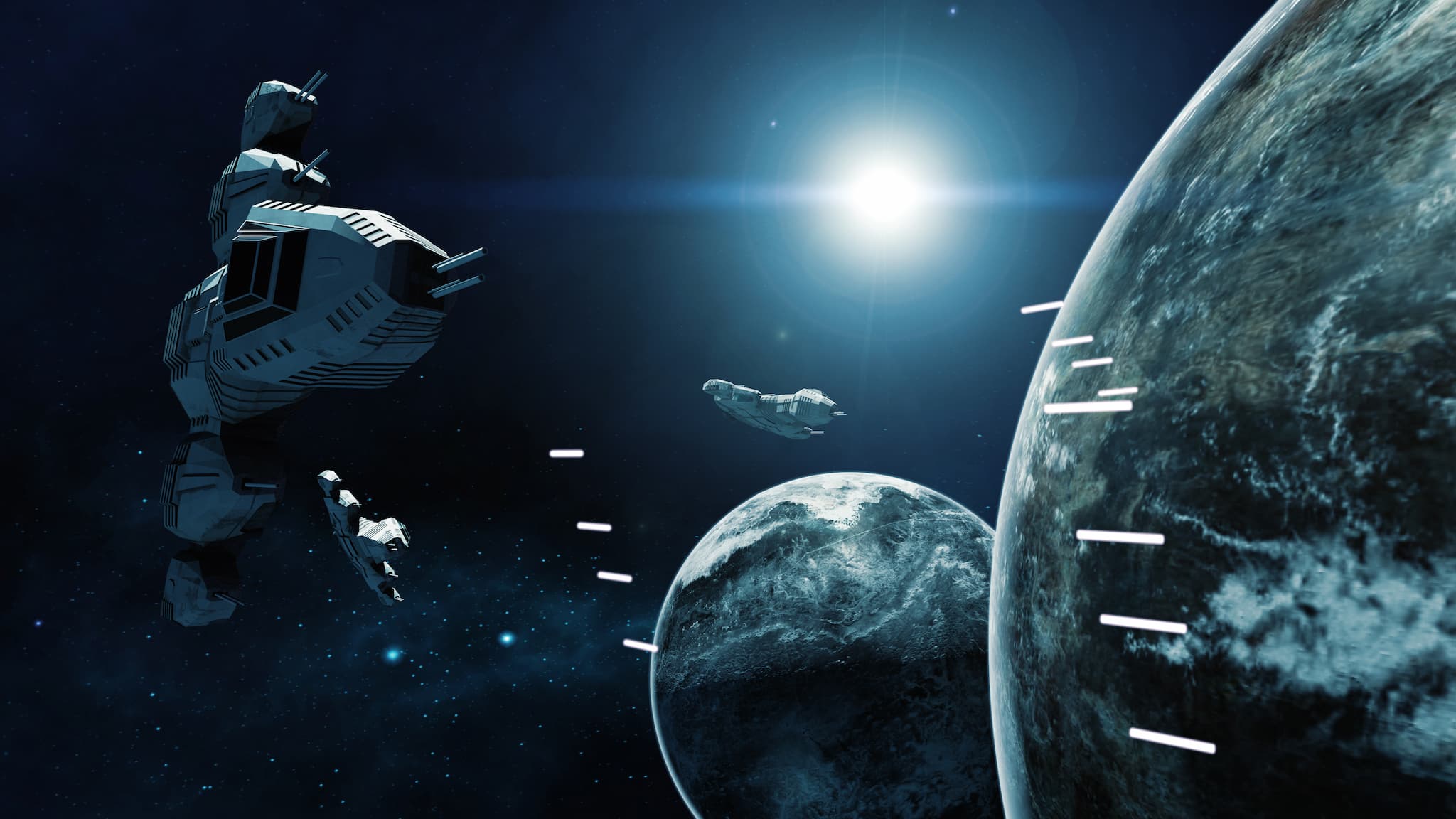 In other words, they play the role of the bad guys on a potentially intergalactic scale, “attacking” and provoking U.S. troops in mock space battles — as foreign countries and any other hostile power looking to threaten America in space. Space Aggressors train troops to make strategic use of space resources, for example by engaging in “brute force jamming,” which uses satellite networks to transmit signals to make any original message unintelligible to outsiders. However, they also train U.S. forces to fight without space resources, such as GPS and satellite communications, to ensure that they can competently fight using inertial navigation systems, compasses, and maps.

“We study threats to the space realm, either coming from space or based on land,” 26th SAS chief of training Captain Christopher Barnes told Seeker. “If we can't directly replicate them with hardware, then we figure out if there's a software solution or some way we can train people to the point where they can fight through them, if they have to, in a conflict.”

Space Aggressors launch simulated attacks and training exercises, but these space “games” are in response to security threats that are very serious. Modern American warfare and defense are almost completely reliant upon our GPS system, which basically consists of a chain of 31 satellites. In recent years, high-ranking officials in the U.S. military have argued that more preparation for space defense is essential, especially in light of the development of anti-satellite weapons in China and Russia. If taking out satellites effectively renders our troops helpless, it is a smart strategy for enemies to adopt.

Furthermore, the threat would stretch far beyond the battlefield, as Ed Morris, the executive director of the Office of Space Commerce, wrote in the report, A Day Without Space: Economic and National Security Ramifications: “If you think it is hard to get work done when your Internet connection goes out at the office, imagine losing that plus your cell phone, TV, radio, ATM access, credit cards, and possibly even your electricity."

The threat of warfare and aggression in space — and the need to prepare for it — has been broadly recognized all over the world. An international group of lawyers is now drawing up the first body of law to be applied in space. Based largely on existing principles of international law, the work that results from the coalition's efforts will be called Manual on International Law Applicable to Military Uses of Outer Space (MILAMOS).

How it will apply to Earth's various nations is as yet undecided, but for it to work, nations like the United States will have to choose to participate. Much like the United Nations, without participation and commitment from member states, international law — whether applied on Earth or in space — is unlikely to prove effective.

Read This Next
X-Ray Vision
A New Satellite Can Peer Inside Some Buildings, Day or Night
Space Pirates
SpaceX Is Launching a Fleet of Pirate-Hunting Satellites
Playing Chicken
SpaceX Wouldn't Move Its Satellite to Avoid a Collision, Says ESA
Satellite Down
India Just Shot Down a Satellite With a Missile
Spy Satellites
Watch the U.S. Launch a Classified Spy Satellite Today
More on Off World
Trashing Orbit
Yesterday on the byte
Elon Musk Says SpaceX May Build Starship That Dies on Purpose
Cat and Mouse
Yesterday on the byte
SpaceX to Launch "Hunter" Satellites for Targeting Rival Spacecraft
Space In Space
Yesterday on the byte
NASA Official Admits There's a Bit of an Issue on the Space Station
READ MORE STORIES ABOUT / Off World
Keep up.
Subscribe to our daily newsletter to keep in touch with the subjects shaping our future.
+Social+Newsletter
TopicsAbout UsContact Us
Copyright ©, Camden Media Inc All Rights Reserved. See our User Agreement, Privacy Policy and Data Use Policy. The material on this site may not be reproduced, distributed, transmitted, cached or otherwise used, except with prior written permission of Futurism. Articles may contain affiliate links which enable us to share in the revenue of any purchases made.
Fonts by Typekit and Monotype.