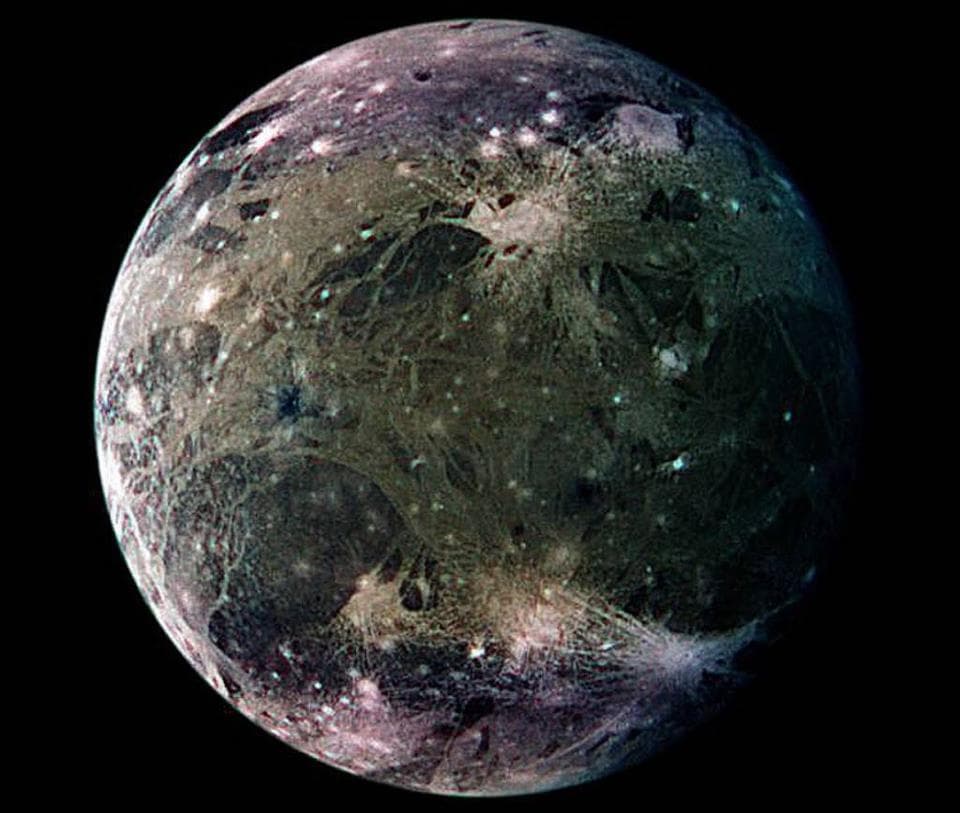 Once you get out to Ganymede, many people stop caring. Io and Europa have stolen the spotlight, leaving the last two Galilean moons as a fleeting thought, if even that.

Ganymede is the third-closest of the Galilean moons and the seventh-closest natural satellite to Jupiter. In addition, the third Galilean satellite holds the record for being the largest moon (in both diameter and mass) in the solar system. In comparison to the other objects in our celestial neighborhood, Ganymede is the tenth largest by mass and the ninth largest by diameter. As an interesting fun fact, Ganymede has a diameter about 7% larger than Mercury’s, but the moon is 55% less massive. In fact, if Ganymede orbited the Sun rather than Jupiter, it would likely be classified a planet. Ganymede has an orbital period of about 7 days, completing the 1:2:4 orbital resonance with Io and Europa.

Ganymede is also thought to be home to a subsurface liquid-water ocean located about 200 km below the surface. If true, it would provide some compelling reasons suggesting that Ganymede could house extraterrestrial life. This, however, isn’t the moon’s only internal secret, for it is also the only natural satellite to generate its own magnetosphere.

Ganymede is large enough to have achieved full differentiation. Planetary differentiation is the process by which a celestial body separates into different chemical layers by the atomic mass (similar to how a centrifuge works). As a note, there is also partial differentiation, which pretty much every object of significance in our solar system has undergone – objects of sufficient size are able to fully differentiate.

This process has given Ganymede an iron-rich, liquid core. Convection within the core allows Ganymede to generate its own magnetosphere, which is generated in exactly the same way as Earth’s. The magnetosphere is buried deep within Jupiter’s, so it’s very difficult to detect, but its existence was confirmed by Galileo (the spacecraft, not the man).

Ganymede is also has a small tenuous atmosphere composed mostly of oxygen.

NASA has many more interesting facts about this unique (and large!) moon!