The Fastest Drone On Earth Just Reached Speeds Over 163 MPH

And it produced 46,000 RPM without bursting into flames. 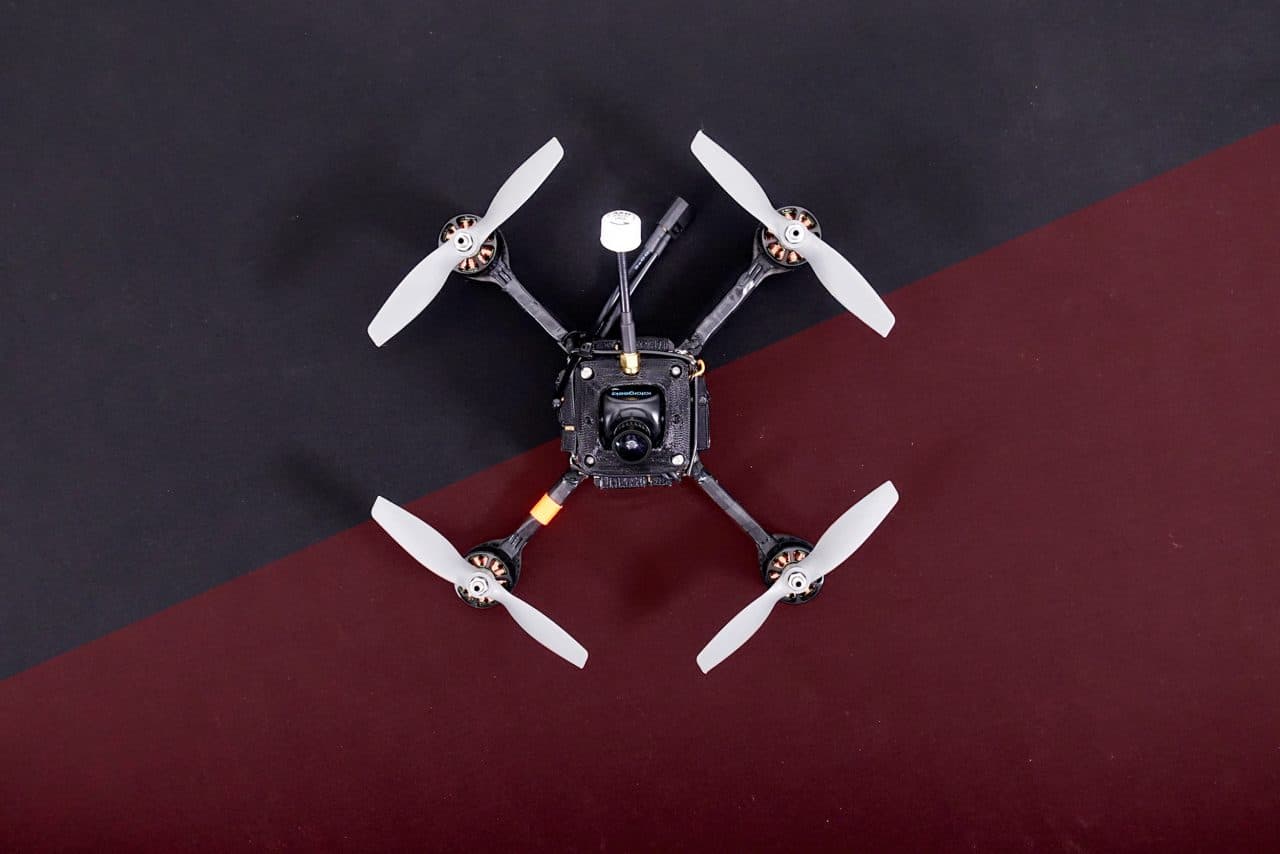 Image by The Drone Racing League

Engineers at the Drone Racing League (DRL) have developed a drone outside of the league's parameters that has broken the Guiness World Record for fastest speed — it achieved 263.1 km/h (163.5 mph) on the 100-meter course, although it had recorded velocities of 289 km/h (179.6 mph) over longer distances.

The drone, which is called the DRL RacerX, weighed 800 grams (1.76 pounds), produced 46,000 RPM, and — unlike earlier prototypes — did not burst into flames at its highest speeds. It won the category of “fastest ground speed by a battery-powered remote-controlled quadcopter.”

Nicholas Horbaczewski, the founder of DRL, said in a press release, "The record-setting RacerX represents the culmination of years of technological innovation by our team of world class engineers, and we're very excited to unveil the fastest racing drone on earth."

Speed is not the only boundary being pushed in the drone world, though — the machines are being applied to weird, wonderful, and sometimes worrying ends. NASA is developing drones to explore martian worlds, BioCarbon Engineering have proposed using them to plant trees, and the military is straying into ethically controversial ground by combining warfare drones with AI in order to fight enemies.

Read This Next
From the Dept. of Buying Things
The Best RC Cars in 2023
FROM THE DEPT. OF THINGS TO BUY
The Best Science Gifts of 2023
Drone Tanker News
The US Navy Just Used a Drone to Refuel a Fighter Jet in Midair
Killer Copter
Middle Eastern Nation First to Buy Drone Armed With Machine Gun
Typical Day In Russia
Watch Russia's New Shotgun-Wielding Drone in Action
More on Robots & Machines
Robot Arm News
Yesterday on the byte
European Space Agency Shows Off Concept for Martian Sample Picker-Upper
From the Dept. of...
Yesterday on futurism
The Best Desk Lamps of 2023
Robot Ridicule
Jan 28 on the byte
Hilarious Video Shows Boston Dynamics Robot Failing Horribly
READ MORE STORIES ABOUT / Robots & Machines
Keep up.
Subscribe to our daily newsletter to keep in touch with the subjects shaping our future.
+Social+Newsletter
TopicsAbout UsContact Us
Copyright ©, Camden Media Inc All Rights Reserved. See our User Agreement, Privacy Policy and Data Use Policy. The material on this site may not be reproduced, distributed, transmitted, cached or otherwise used, except with prior written permission of Futurism. Articles may contain affiliate links which enable us to share in the revenue of any purchases made.
Fonts by Typekit and Monotype.