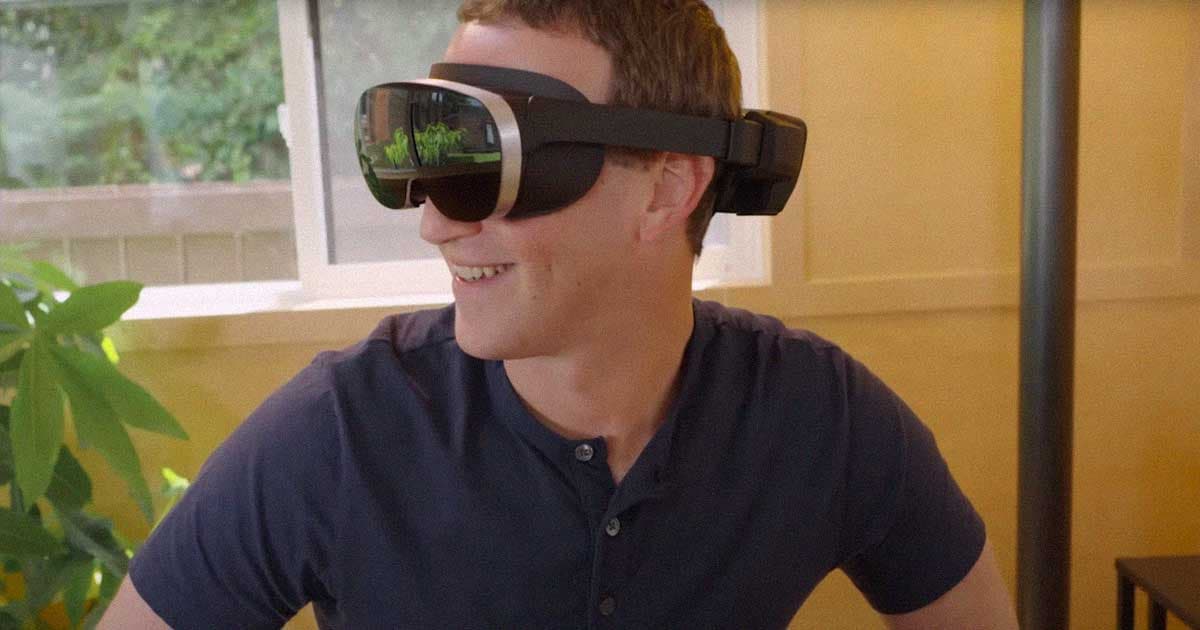 Zuckerberg Shows Off VR Headsets Designed to Be "Indistinguishable From Reality"

"I don’t think it’s going to be that long until we can create scenes with basically perfect fidelity."

"I don’t think it’s going to be that long until we can create scenes with basically perfect fidelity."

Revealed by Meta-formerly-Facebook founder and CEO Mark Zuckerberg, who was joined by Reality Labs chief scientist Michael Abrash at a virtual round table last week, this is an alleged milestone for a project — already billions of dollars in the making — that plays a central role in the company's longterm aspirations for a fully-immersive Metaverse.

"I think we’re in the middle right now of a big step forward towards realism,” said Meta founder and CEO Mark Zuckerberg in one of a several videos accompanying the round table event. "I don’t think it’s going to be that long until we can create scenes with basically perfect fidelity."

As Zuckerberg explained in a separate video, each interestingly-named prototype was created with the goal of mastering a different visual challenge they believe is keeping existing VR from being interpreted as "real" by human visual systems: the ability to focus on any depth, getting rid of lens distortion, achieving a resolution as high as the human retina, and sufficient dynamic range to simulate everything from total darkness to a very bright environment.

These four concepts, the metamen say, must be perfected and combined to bring their lofty vision to life. Plus, the headsets have to be comfortable, which presents its own immense challenge.

"To get there, we need to build an unprecedented type of VR display system," Zuckerberg added in last week's briefing. "A lightweight display that is so advanced it can deliver what our eyes need to function naturally so they perceive we are looking at the real world in VR."

While none of these four prototypes pass what Meta Reality Labs calls a "visual Turing Test" quite yet, they may well bring the company a bit closer to the goal of seamlessly integrating extended reality (ER) systems into daily life — a future that Meta seems to be banking on, seeing as how it currently owns about 80 percent of the virtual reality industry's market share.

While these devices might be breakthroughs for the CEO and meat-smoking enthusiast's ever-confusing Metaverse dream, there's still a lot that the Silicon Valley mainstay needs to figure out before these products — and, well, the Metaverse in general — are going to pick up any significant market share.

More on the Metaverse: In Extremely Confusing Twist, Facebook Says It Isn't Building a Metaverse After All

Oh, Good
Oculus Founder Builds VR Headset That Kills User If They Die in Game
Nov 7
Read More
TV for Your Face
Elon Musk Says the Metaverse Sucks and Neuralink Will Be Better
12. 22. 21
Read More
Gloves Off
Facebook Shows Off Gloves That Allow You to "Feel" VR Objects
11. 17. 21
Read More
+Social+Newsletter
TopicsAbout UsContact Us
Copyright ©, Camden Media Inc All Rights Reserved. See our User Agreement, Privacy Policy and Data Use Policy. The material on this site may not be reproduced, distributed, transmitted, cached or otherwise used, except with prior written permission of Futurism. Articles may contain affiliate links which enable us to share in the revenue of any purchases made.
Fonts by Typekit and Monotype.