UAE Official Says Murder Should Be Illegal in the Metaverse

Does killing somebody in the metaverse make you a murderer? 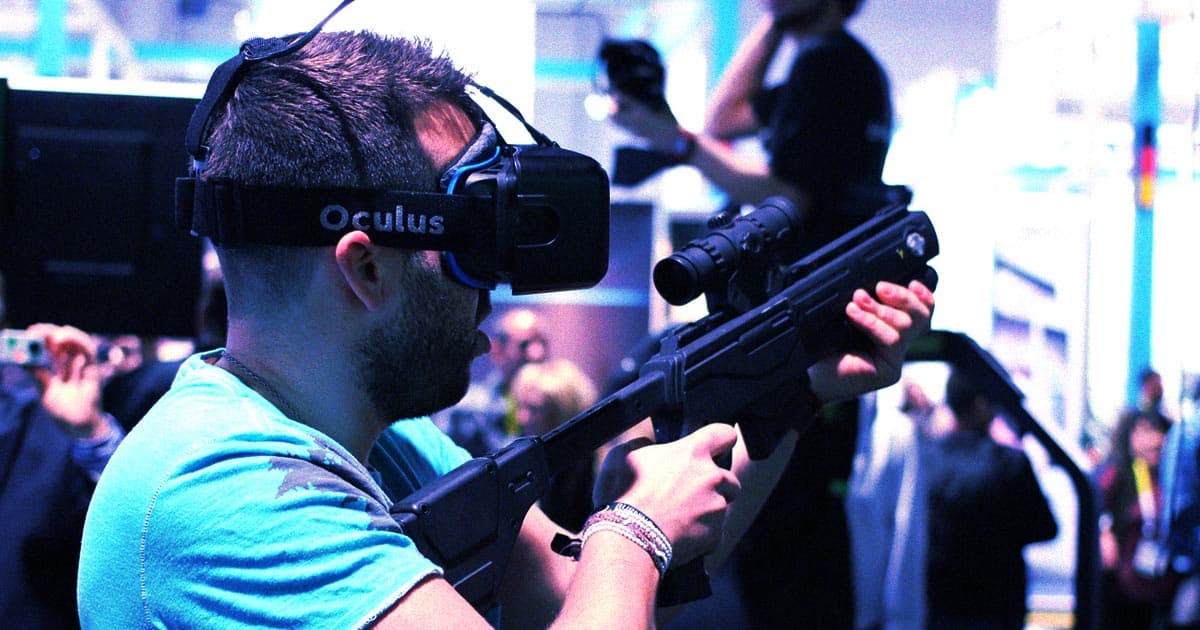 During a speech at the World Economic Forum in Davos, Switzerland, the United Arab Emirates’ minister of state for artificial intelligence Omar Sultan Al Olama warned that committing serious crimes including "murder" should be made illegal in the metaverse.

"If I send you a text on WhatsApp, it’s text right?" Al Olama said, as quoted by CNBC. "It might terrorize you but to a certain degree it will not create the memories that you will have PTSD from it."

"But if I come into the metaverse and it’s a realistic world that we’re talking about in the future and I actually murder you, and you see it," he added. "It actually takes you to a certain extreme where you need to enforce aggressively across the world because everyone agrees that certain things are unacceptable."

While it arguably makes sense to outlaw particularly heinous content, such as child sexual abuse imagery, in the virtual world things become a little more hazy when it comes to virtual "murder," an argument that certainly stretches the definition of the word.

It's one thing to shoot an enemy in a first-person shooter, but an entirely different thing to harass somebody or distribute illegal content.

In other words, it's hard to delineate what constitutes crime inside a virtual world — especially one that doesn't really exist yet — which is a question scholars have been struggling with for years.

Then there's the question of who gets to make the decisions over what should the deemed verboten in the metaverse.

Sure, having an independent international body in charge may make some sense. As the social media landscape has already shown, having online spaces govern themselves leaves substantial gaps in their moderating efforts and allows for plenty of harassment and the villainizing of entire communities.

But do we really want the UN deciding what games are allowed in VR?

Is Al Olama suggesting we should have a virtual police force capable of "aggressively" enforcing rules? It's a sticky problem considering any large-scale metaverse would transcend the boundaries of countless jurisdictions, making such operations legally and logistically fraught.

Despite the optimism of tech leaders and billions of dollars spent, the metaverse, as Al Olama describes it at least, is still a long way from becoming a reality. We don't even know if a worldwide, unified metaverse will ever take hold, especially given the substantial interest from several competing players already.

And, of course, this assuming that the idea of strapping on an uncomfortable VR headset so kids can scream at you ever catches on in any serious way.

READ MORE: Serious crime in the metaverse should be outlawed by the U.N., UAE minister says [CNBC]

More on the metaverse: In Extremely Confusing Twist, Facebook Says It Isn't Building a Metaverse After All

Read This Next
Notaverse
In Extremely Confusing Twist, Facebook Says It Isn't Building a Metaverse After All
Tyrannosaurus Exec
Mark Zuckerberg Says That When Employees Call Him the "Eye of Sauron," It's Actually a Compliment
Metaverse Monster
Facebook Exec Caught Allegedly Trying to Meet 13-Year-Old in Hotel Room
Foo Fail
Fans Say the Foo Fighters' Metaverse Concert Was A Total Disaster
Roblox Sex
Experts Alarmed by Sex, Nazism in Children's Game Roblox
More on Future Society
Drive On
Yesterday on the byte
Tesla Brings Back Enhanced Autopilot, in Clever Scheme to Extract Even More Money From Drivers
Chemistry Lessons
Wednesday on the byte
Bill Nye Just Got Married, and Their Love Story Is Beautiful
Gender Wars
Tuesday on the byte
Elon Musk's Daughter Comes Out as Trans, Cuts Ties With Father
READ MORE STORIES ABOUT / Future Society
Keep up.
Subscribe to our daily newsletter to keep in touch with the subjects shaping our future.
+Social+Newsletter
TopicsAbout UsContact Us
Copyright ©, Camden Media Inc All Rights Reserved. See our User Agreement, Privacy Policy and Data Use Policy. The material on this site may not be reproduced, distributed, transmitted, cached or otherwise used, except with prior written permission of Futurism. Fonts by Typekit and Monotype.