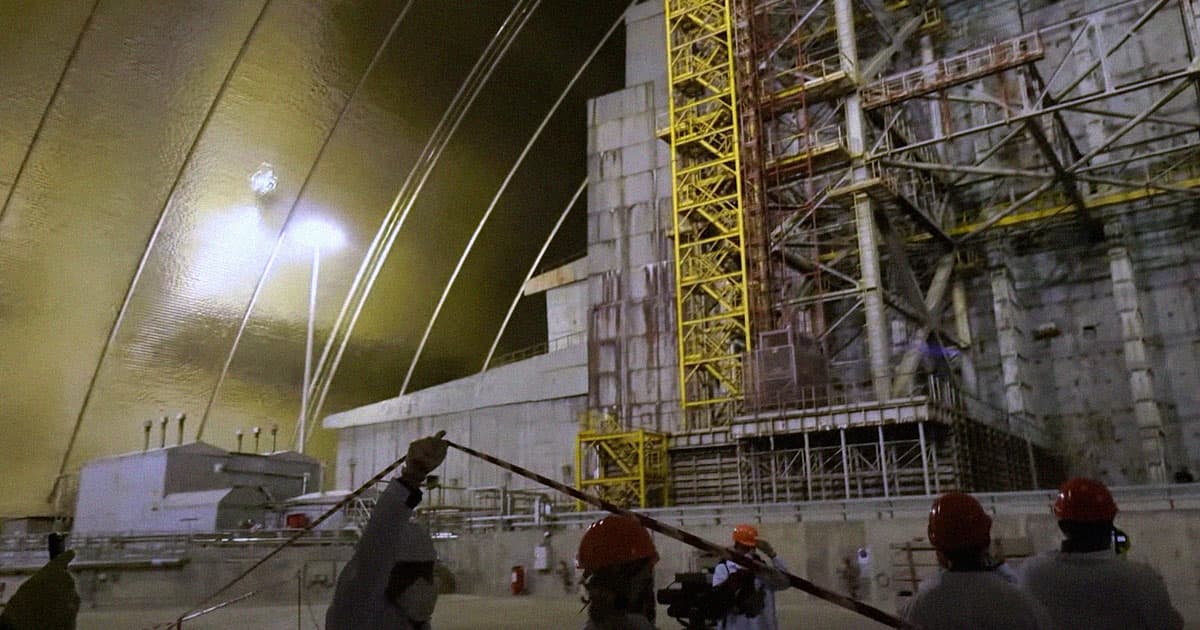 In October 2021, months before Russia's invasion of Ukraine, YouTuber Kyle Hill got a rare glimpse inside the New Safe Confinement (NSC) "sarcophagus" at the Chernobyl nuclear plant.

It's a fascinating glimpse behind the scenes, a rare tour of the ground zero of one of the worst nuclear disaster in human history — and a terrifying reminder of what is at stake given the ongoing war in the country.

The nuclear plant was taken over by Russian forces earlier this year, with employees reportedly working at gunpoint to keep the systems running. Russian troops later abandoned the site, reportedly suffering radiation poisoning as they fled the scene.

The NSC is a gigantic structure — taller than the Statue of Liberty and large enough to fit the Roman Coliseum inside of it — designed to roll over the number 4 reactor that was at the epicenter of the 1986 disaster in 2016.

It's "a nuclear tomb to shelter to shelter the corpse of Chernobyl for a target of 100 years," Hill said in his video.

To tour the inside of the NSC requires express permission from the government, and it isn't exactly for the faint of heart (Chernobyl tours typically only view it from the outside.) The process involves multiple checkpoints, radiation meters, and protective gear.

Given the health hazard involved, visitors are instructed to leave the area immediately if a certain threshold of radiation is met.

"The ambient radiation rate is over 100 times higher than almost anywhere else in the [Chernobyl Exclusionary Zone]," Hill noted over the loud beeping of his radiation monitor.

Workers at the site are now dismantling what remains of the reactor piece by piece using gigantic cranes inside of the NSC.

"The goal of Chernobyl's cleanup is to have no more Chernobyl," Hill said.

There are still an estimated 200 tons of radioactive fuel inside what's left of the reactor, and cleanup will still take decades.

But Russia's invasion and capture of the site has likely set those efforts back significantly. Shortly after the capture, officials recorded increased radiation levels from the defunct plant.

And while Russian troops have long abandoned the site, the situation is far from back to normal.