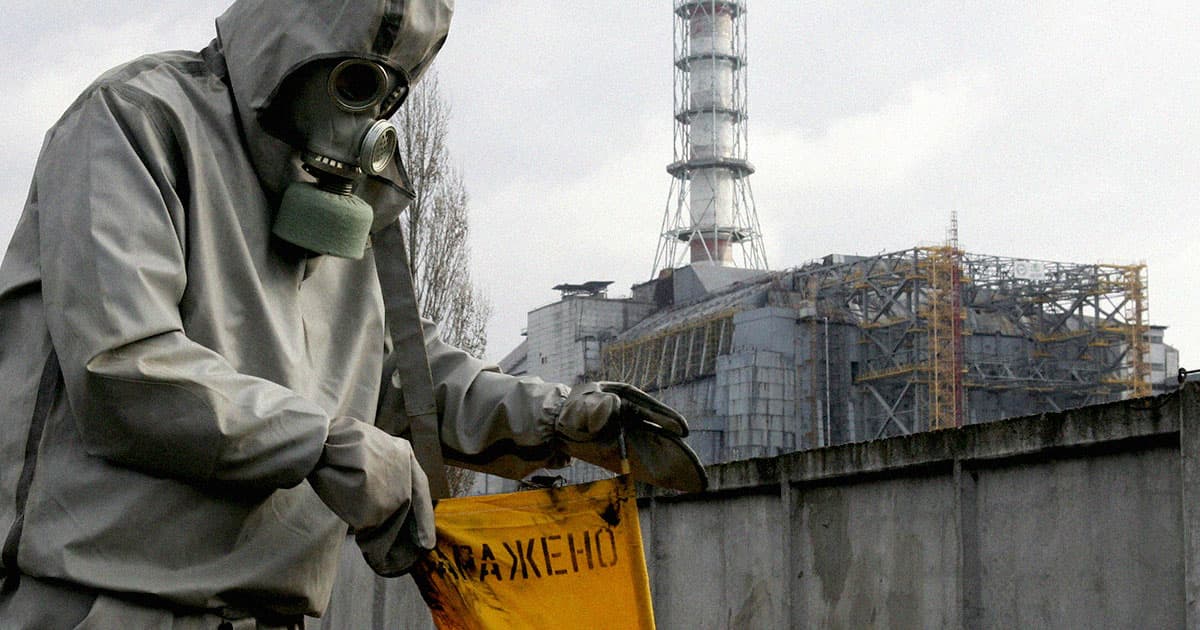 "Live the rest of your short life with this."

"Live the rest of your short life with this."

It sounds like Russian troops had no clue they were walking onto a deadly nuclear disaster site after being ordered to seize Chernobyl, which exploded in 1986 in what’s now modern day Ukraine. Now, it’s possible that hundreds of soldiers are suffering serious radiation poisoning.

Earlier this week, Ukrainian officials reportedly tried to warn Russian soldiers about the danger of entering the highly radioactive Red Forest near the site, but they seemed to know nothing about Chernobyl and pressed on. This morning, the Daily Beast reported that Ukraine officials are saying that Russian troops reportedly dug trenches in the contaminated soil, and are now being treated for acute radiation sickness at a special medical facility in Gomel, Belarus.

“Another batch of Russian irradiated terrorists who seized the Chernobyl zone was brought to the Belarusian Radiation Medicine Center in Gomel today,” Yaroslav Yemelianenko, an employee at the Public Council at the State Agency of Ukraine for Exclusion Zone Management, said on Facebook. “Now live the rest of your short life with this. There are rules for dealing with this territory.”

The Beast also reported that “ghost buses” of dead soldiers have been sighted transporting bodies from Belarus to Russia.

Unfortunately, it’s not surprising to learn that Russian soldiers know little about the war they’re waging on behalf of President Vladimir Putin. Earlier this month, NPR reported extensively on the ways the country’s state-owned media is using propaganda to tell Russian residents a completely false narrative.

“[Russians] are being told that Russian soldiers are extremely decorous and careful about preserving Ukrainian civilian life, that they’re being greeted as liberators, that everybody wants to live under Russian rule, and that there are no civilian casualties on the Ukrainian side,” Julia Ioffe, reporter and founding partner of upstart media company Puck, told the public radio network’s “Morning Edition” listeners.

The report said some Russians are using VPNs to access global media and social media, but they’re likely the ones already suspicious of the Kremlin’s narrative. Most everyday citizens, in NPR‘s analysis, believe what they’re told.

Misinformation campaigns don’t only happen in Russia, but this one is particularly bloody. There’s never been a better time to find solutions for targeted propaganda campaigns, both domestic and international.

More on the conflict: Ukraine Is Selling NFTs to Finance Its Military

Weird Times
White House Brags That America Is Producing More Oil and Gas Than Ever
Mar 7
Read More
Floating Chernobyl
Russia Is Floating a Nuclear Power Plant Across the Arctic
8. 9. 19
Read More
Silent Hill
Horrifying “Black Snow” Blankets Russian Towns
2. 27. 19
Read More
+Social+Newsletter
TopicsAbout UsContact Us
Copyright ©, Camden Media Inc All Rights Reserved. See our User Agreement, Privacy Policy and Data Use Policy. The material on this site may not be reproduced, distributed, transmitted, cached or otherwise used, except with prior written permission of Futurism. Fonts by Typekit and Monotype.