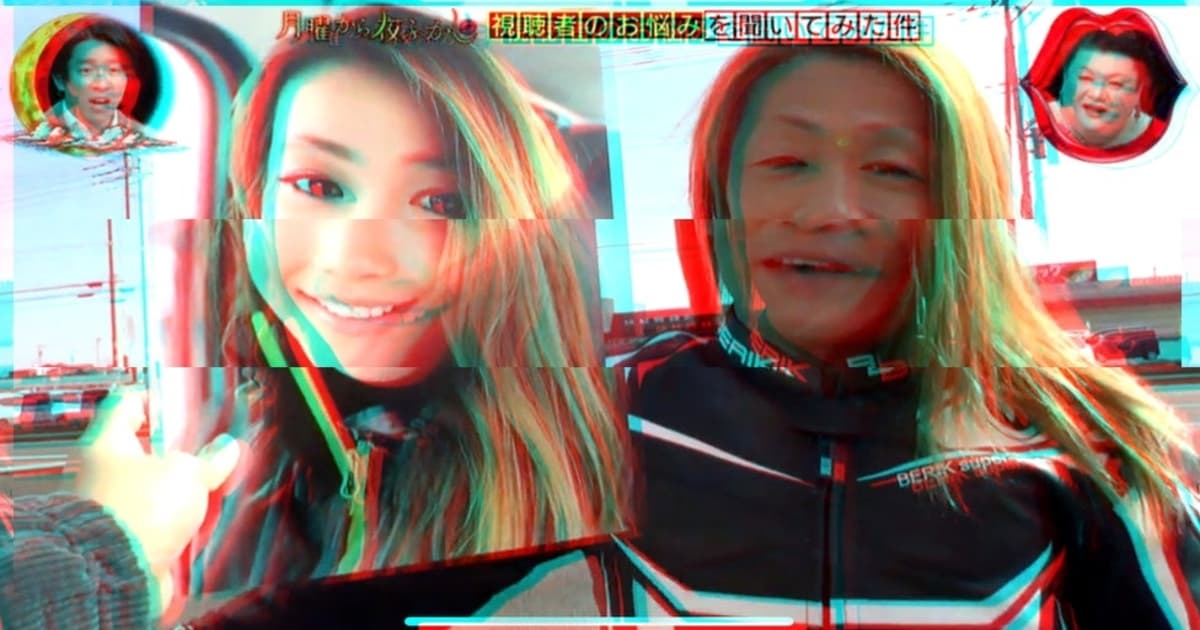 The man used FaceApp to transform into an attractive young woman.

The man used FaceApp to transform into an attractive young woman.

Take Them For A Ride

Or at least that was the case with Twitter user @azusagakuyuki, who tricked followers into thinking they were a young female motorbike enthusiast but actually turned out to be a 50-year-old Japanese man named Zonggu using deepfake technology, according to the BBC.

The man behind the Twitter account came clean to his deceptions on a Japanese TV show Monday Late Show, saying he used the FaceApp and other editing tools to create his female persona. Here’s an image from the program of the fake Zonggu and the real Zonggu side by side:

Zonggu explained to the show’s producers that he was struggling to find an audience when he was posting as himself, reports the BBC.

"No one will read what a normal middle-aged man, taking care of his motorcycle and taking pictures outside posts on his account," Zonggu said on the show.

That’s when he turned to deepfake apps like FaceApp to alter his appearance.

"First I just tried, then it happened to turn out to be fairly pretty," he said on the program. "I get as many as 1,000 ‘likes’ now, though it was usually below 10 before."

He added, "I got carried away as I tried to make it cuter."

It doesn’t look like the reveal negatively impacted Zonggu’s following. At the time of his confession, he had around 19,000 followers on Twitter. That has since ballooned to more than 24,000 followers at the time of reporting this.

This is just another example of the fascinating and often bizarre applications of deepfake technology. While this man’s prank was relatively harmless, the tech can have some truly frightening and dangerous implications — especially when put into the wrong hands.

Scammer Alert
Fake Elon Musks Clutter Twitter with Crypto Scams
10. 5. 18
Read More
Social Media Giants Need Regulation From a Government That's Unsure How To Help
9. 5. 18
Read More
Here Are the Best Reactions to Mark Zuckerberg's Stint in Front of Congress
4. 11. 18
Read More
+Social+Newsletter
TopicsAbout UsContact Us
Copyright ©, Camden Media Inc All Rights Reserved. See our User Agreement, Privacy Policy and Data Use Policy. The material on this site may not be reproduced, distributed, transmitted, cached or otherwise used, except with prior written permission of Futurism. Fonts by Typekit and Monotype.