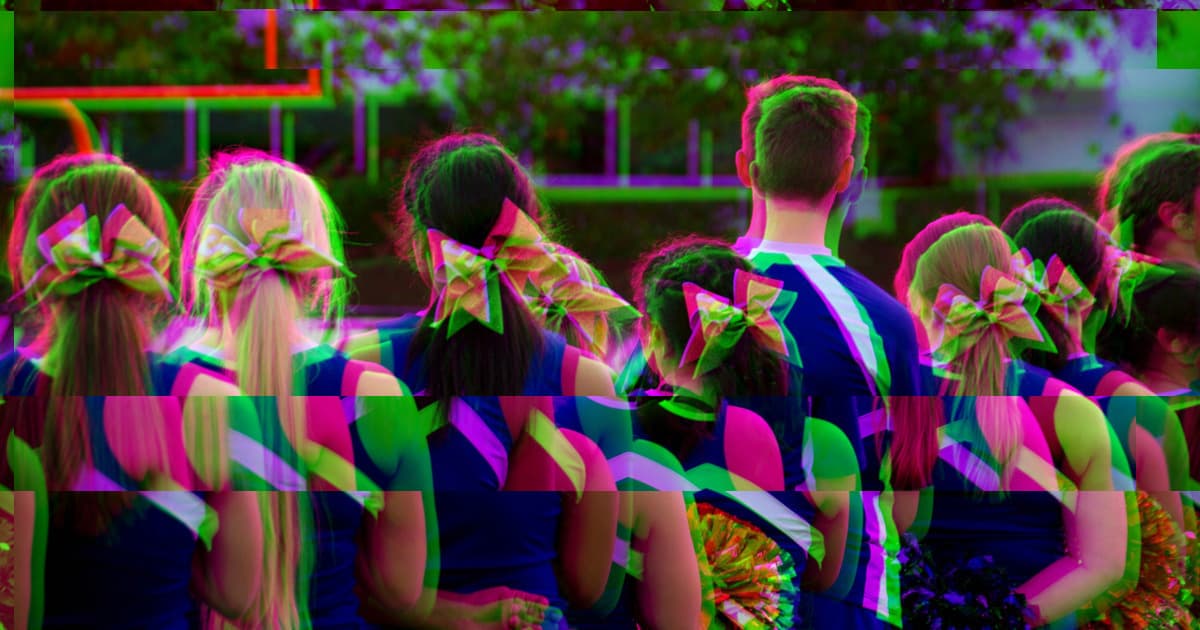 The videos depicted the girls naked, vaping, and drinking.

The videos depicted the girls naked, vaping, and drinking.

Update: A new investigation has cast doubt on the police's original story. Read our update here.

A Pennsylvania mother is in hot water after she allegedly deepfaked her teen daughter’s cheerleading rivals committing lewd and compromising acts.

The Bucks County District Attorney’s office says that Raffaela Spone, 50, created a series of deepfaked videos and photos of three girls last year depicting them drinking, vaping, and naked, according to the Philadelphia Inquirer. Spone's daughter was a member of the same cheerleading squad as the girls, and they were reportedly rivals.

The DA says that Spone anonymously sent the images and videos to the girls, along with messages encouraging them to kill themselves. She was charged and arrested with misdemeanor counts of cyber harassment of a child amongst other offenses, but later released with a March 30 court date — an alarming example of deepfake tech going mainstream.

But I'm a Cheerleader

Investigations into the matter began in July 2020 when the parents of one of the victims alerted police to the issue, according to the Inquirer. They said that the victim and her cheerleading coaches received anonymous messages containing the deepfaked photos of her naked, drinking, and vaping. Soon, two other families told police about similar incidents with their own daughters.

After analysis, officials concluded that the videos and images were deepfaked. They were later able to track Spone’s IP address, and then discovered evidence on her smartphone — which included the threatening text messages and deepfaked photos.

Though Spone seems to have done this for her daughter's sake, it doesn't appear that the daughter had any knowledge of what her mother was doing, according to the Inquirer.

This incident is a shocking reminder of the harmful impact that deepfakes can have. As the AI behind them becomes more sophisticated, it’s going to get harder and harder to tell fact from fiction.

Luckily, scientists have developed some tools that can accurately identify deepfakes — though the tech is constantly evolving.

Still, the fact remains that deepfakes remain a potential danger — especially in the hands of bad actors who might use it to disparage someone’s reputation (or turn them into Dr. Evil).