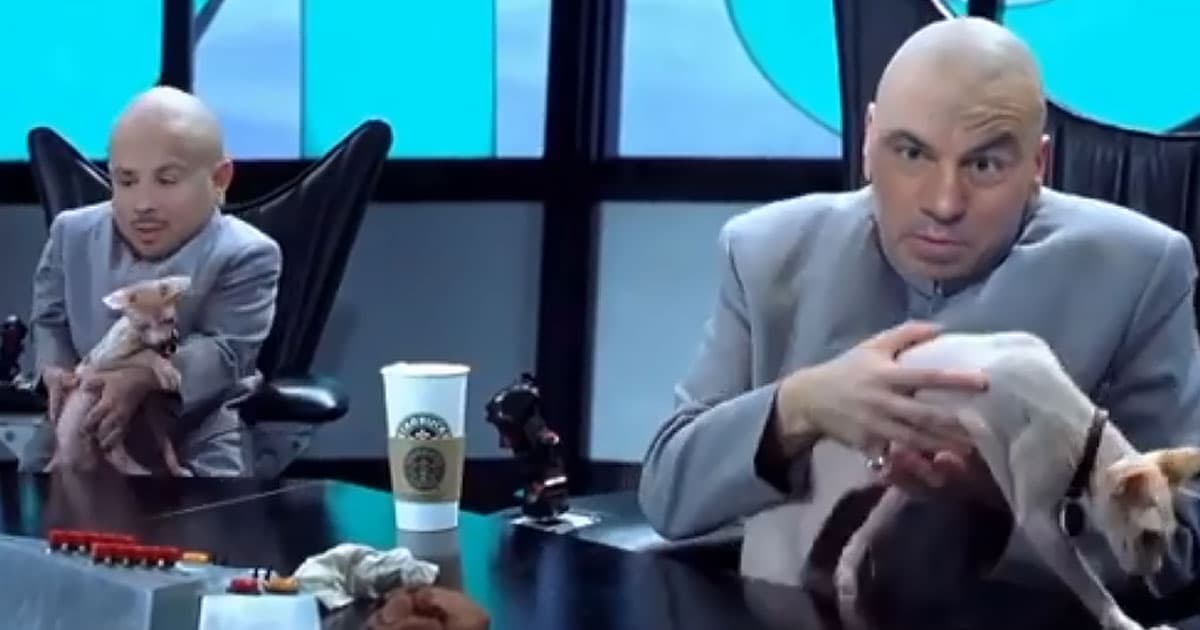 Someone Used a Deepfake to Turn Dr. Evil Into Joe Rogan

In the video, a Rogan-faced Dr. Evil is introduced to the character Mini-Me, who now bears the face of comedian Brendan Schaub. It's not the first time Joe Rogan has been hit by bizarre media-manipulating tech, but it marks the latest in a growing trend of people using deepfakes to mismatch the actors in TV and film, showing how the tech that many expected to undermine democracy is instead becoming a weird art project.

Back when @joerogan, @brendanschaub, @chrisdelia and @theovon were plotting to take over the #podcast world! #deepfake

The Austin Powers films are a surprisingly good choice for deepfake manipulation, since Myers played four separate characters over the course of the trilogy. The original films relied on costume changes and other effects to put his multiple characters all in the same scenes, so tech that can copy and paste his face onto someone else's body could have saved the crew a lot of time.

More on Joe Rogan: This AI That Sounds Like Joe Rogan Should Terrify Us All