Congress Is Officially Freaking Out About Deepfakes 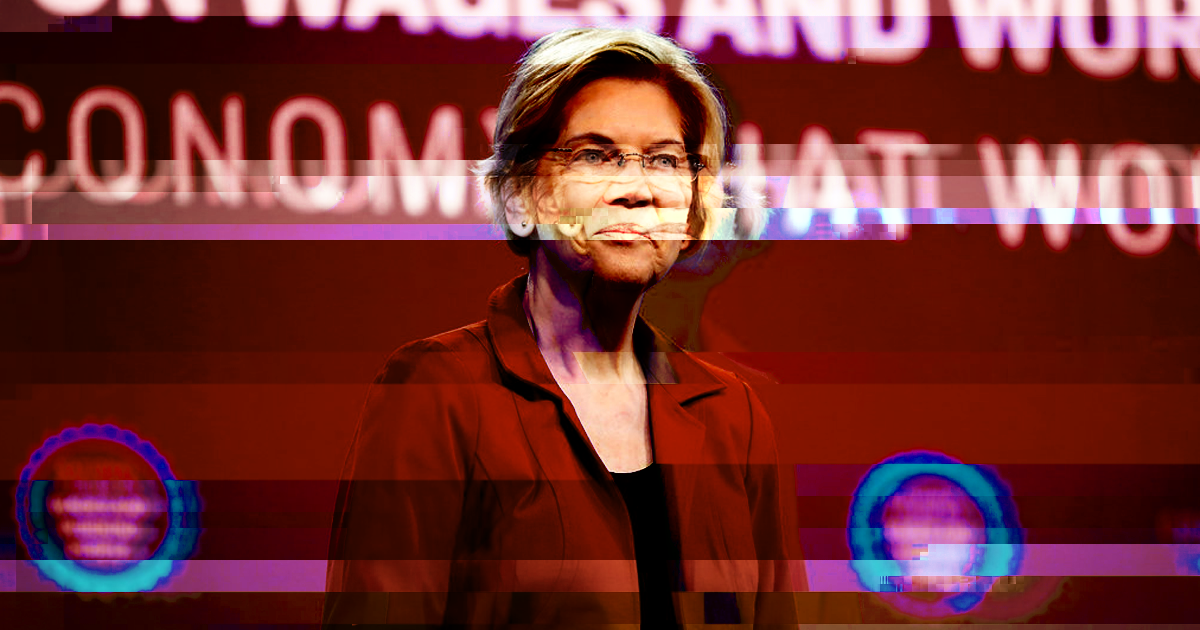 Congress is worried that deepfakes, or computer-generated videos that depict people saying or doing things that never happened, could severely disrupt the 2020 presidential campaign, the Washington Post reports.

The House Intelligence Committee has scheduled a hearing today to discuss the problem with AI experts. But many other experts in the field are worried that the U.S. is not ready for a deepfake invasion.

"We are outgunned," Hany Farid, computer-science professor at the University of California at Berkeley, told the Post. "The number of people working on the video-synthesis side, as opposed to the detector side, is 100 to 1."

While they have made some progress trying to come up with simple tools that could spot a deepfake and separate them from the real thing, they still have a long way to go.

And the prognosis is grim: a report by Axios found that not a single 2020 presidential campaign candidate can point to measures they’ve taken to prevent the spread of this potentially-dangerous media.

The news comes after the spread of a video of House Speaker Nancy Pelosi that had been tampered with to make her appear drunk. Earlier this month, the video mysteriously disappeared from Facebook.

Adam Schiff (D-CA), chairman of the House Intelligence Committee, said Thursday, "I don’t think we’re well prepared at all. And I don’t think the public is aware of what’s coming. There’s no end to the pernicious abuse of this technology."

So far, the federal government has not passed any laws or legal framework that tries to reign in the spread of deepfakes. But as with many other political issues in the U.S., fears of government overreach and the perceived threat to the First Amendment might slow down efforts to make deepfakes illegal.

More on deepfakes: Report: 2020 Candidates Are Going to Get Owned by Deepfakes

Read This Next
Deep and Very Fake
Bruce Willis Signs Deal to Get Deepfaked Into Future Movies
President Zuck
Expert: Online Disinfo Now Targeting COVID-19, Black Lives Matter
Dragonfly
Google CEO: "No Plans" To Launch Censored Chinese Search Engine
Futurism
The Tech Industry Pledge Against Cyberattacks Could Actually Help Keep Us Safe
Futurism
Facebook Might Be Biased. But You'll Never Hear Zuckerberg Admit It.
More on Future Society
Bird Crap
6:30 PM on the byte
It Looks Like Elon Musk Is Actually Building a Twitter Payment Platform
Balloon News
Yesterday on futurism
China Says "Spy Balloon" Soaring Over America Is Completely Innocent
Down in Flames
Wednesday on the byte
Elon Musk Apparently Thinks Twitter Is a "Flaming Dumpster Rolling Down the Street"
READ MORE STORIES ABOUT / Future Society
Keep up.
Subscribe to our daily newsletter to keep in touch with the subjects shaping our future.
+Social+Newsletter
TopicsAbout UsContact Us
Copyright ©, Camden Media Inc All Rights Reserved. See our User Agreement, Privacy Policy and Data Use Policy. The material on this site may not be reproduced, distributed, transmitted, cached or otherwise used, except with prior written permission of Futurism. Articles may contain affiliate links which enable us to share in the revenue of any purchases made.
Fonts by Typekit and Monotype.