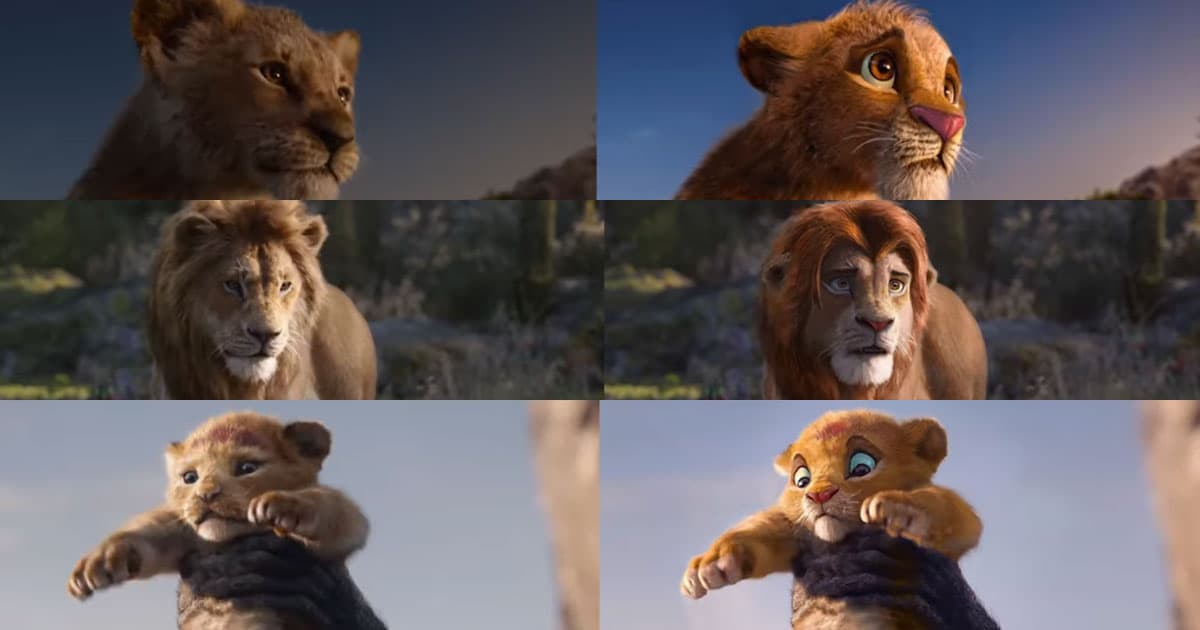 What Could Have Been

This Genius Used Deepfakes to "Fix" the New "The Lion King"

The end result is a bizarre hybrid of new and old.

The end result is a bizarre hybrid of new and old.

Last month, Disney released a remake of its classic film "The Lion King" — and which turned out to be a CGI spectacle that critics said "just doesn't work with the material."

Now, a video on YouTube made by visual effects artist Jonty Pressinger shows how deepfake technology could be used to combine the two art styles — wide-eyed, expressive faces drawn in the style of the original film provide a more emotive, recognizable cast of characters when edited into the realism-focused style of the new film.

The video shows a side-by-side cut of the new film's trailer and the deepfake edits. Now, instead of looking like any other bewildered cat, Simba has the soulful visage one might expect from a Disney film. The villainous lion Scar once more has his signature, exquisitely-groomed black mane, and Pumbaa no longer looks like some random, er, feral hog.

The deepfake video used drawings by artist Nikolay Mochkin, according to the description posted to YouTube. All in all, the video is the latest example of deepfakes being for a growing number of art projects instead of the democracy-unraveling applications we expected.

Inside View
I Work for CNET’s Parent Company. Its AI-Generated Articles Disgust Me.
3:24 PM
Read More
Unforgettable
Guy "Outsources" His Own Memory to AI
Jan 25
Read More
Be Better
OpenAI Apparently Paid People in the Developing World $2/Hour to Look at the Most Disturbing Content Imaginable
Jan 20
Read More
+Social+Newsletter
TopicsAbout UsContact Us
Copyright ©, Camden Media Inc All Rights Reserved. See our User Agreement, Privacy Policy and Data Use Policy. The material on this site may not be reproduced, distributed, transmitted, cached or otherwise used, except with prior written permission of Futurism. Articles may contain affiliate links which enable us to share in the revenue of any purchases made.
Fonts by Typekit and Monotype.