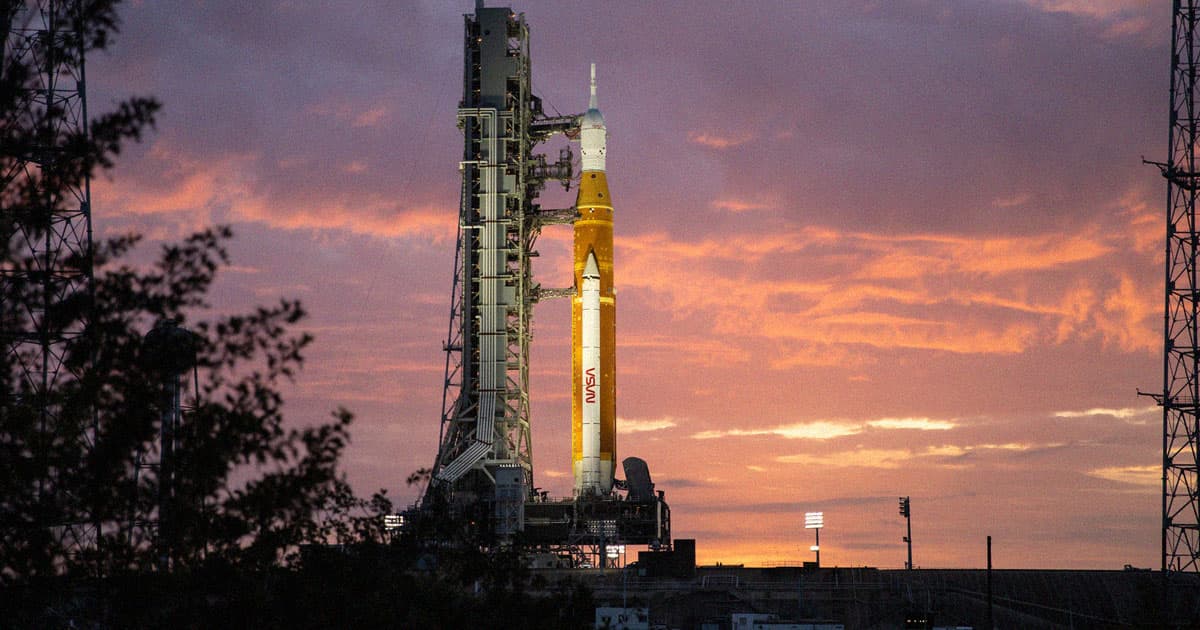 Florida, We Have a Problem

It's going to be absolute mayhem.

It's going to be absolute mayhem.

It's the Moon mission that just keeps on not giving.

After a long, winding series of delays, NASA's Artemis I Moon mission is finally slated for launch on August 29 — barring any further setbacks.

But once again, humanity's historic return to the Moon has hit another snag: almost immediately after the Kennedy Space Center Visitor Complex made launch spectator tickets available to the public, the website suddenly crashed, as Space.com reports.

"This is an historic mission, and there was significant traffic to the website when tickets became available at 11 am on August 2," Rebecca Burgman, a spokesperson for the Visitor Complex, told Florida Today. "There were initial delays with the ticketing site that our team was able to quickly address."

Luckily, it didn't take too long to fix the site issue, and tickets were back online just a little while later. But according to Space.com, tickets are going fast, and officials are urging ticket holders to go ahead and sort all of their travel arrangements as soon as possible.

"Many beachside hotels are already sold out for the Artemis launch attempts, but there are still rooms available on the mainland, Peter Cranis, executive director of Florida's Space Coast Office of Tourism, told Space.com.

"There will be a considerable amount of traffic before and after the launch," Cranis added, "so visitors should make sure they have taken any pre-trip bathroom breaks, stocked the car with snacks or ways to entertain kids, and packed their patience."

If you're one of the many space enthusiasts traveling to witness the Space Launch System (SLS) — NASA's colossal Mega Moon rocket, which will power the mission — make its maiden voyage, you'll likely have to fight your way through some serious traffic.

Prepare to drink little to no liquids, pack some juice packs, and maybe memorize some soothing mantras.

But then again, you'll be witnessing history. After seeing the SLS  —hopefully — lift off, a little traffic will probably feel like a small price to pay.

More on Artemis I: Nasa Confirms Launch Date for Its Massive Moon Rocket

Try Again
NASA Announces Plan to Fix Moon Rocket, and Maybe Launch It Eventually
9. 7. 22
Read More
Classified
Here's What the Former Head of NASA Has to Say About the Moon Mission Delay
9. 2. 22
Read More
Next Time
NASA Cancels First Launch Attempt of Uber Expensive Moon Rocket
8. 29. 22
Read More
+Social+Newsletter
TopicsAbout UsContact Us
Copyright ©, Camden Media Inc All Rights Reserved. See our User Agreement, Privacy Policy and Data Use Policy. The material on this site may not be reproduced, distributed, transmitted, cached or otherwise used, except with prior written permission of Futurism. Articles may contain affiliate links which enable us to share in the revenue of any purchases made.
Fonts by Typekit and Monotype.