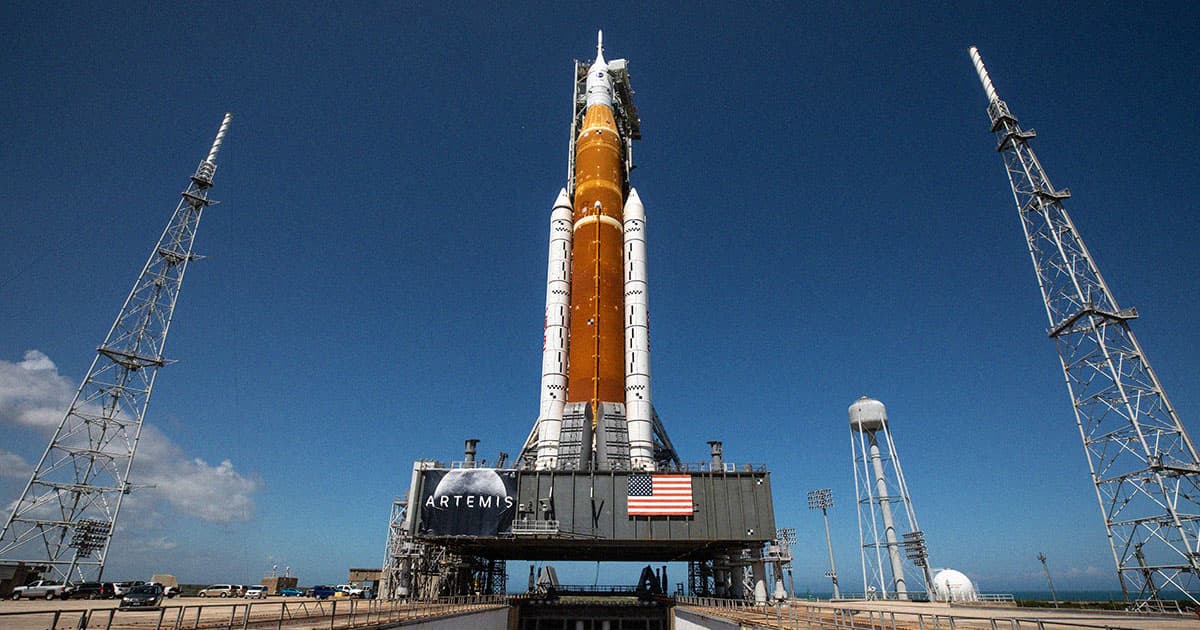 "We are in the final stretch."

"We are in the final stretch."

The mission NASA is calling "humanity's return to the Moon"  is taking a big step forward after years of hang ups.

The space agency announced its first uncrewed mission around the Moon called Artemis I is now set to roll out to the launch pad on August 18 and finally launch on August 29.

The first backup date is set for September 2, should something go amiss — and given NASA's disastrous track record, that's certainly an option here.

"We are in the final stretch," Artemis I launch director Charlie Blackwell-Thompson said during a press conference on Wednesday confirming the launch window for Artemis I.

Blackwell-Thompson also confirmed a final power-up for Orion, the capsule that sits atop the giant Space Launch System (SLS) rocket, was successful this weekend.

It almost seemed like Murphy's Law was plaguing NASA for a while now. In early June, a report revealed that the space agency is years behind its launch schedule.

Artemis IV, the first scheduled crewed mission to the lunar surface — that could eventually deliver the first woman and first person of color to the Moon — also may end up being delayed by about two and a half years, according to the report.

Getting back to the Moon is turning out to be, perhaps, a little more difficult than scientists would have liked.

Progress is always heartening, but we'll still be praying it doesn't rain on the agency's parade — clearly, NASA needs a win.