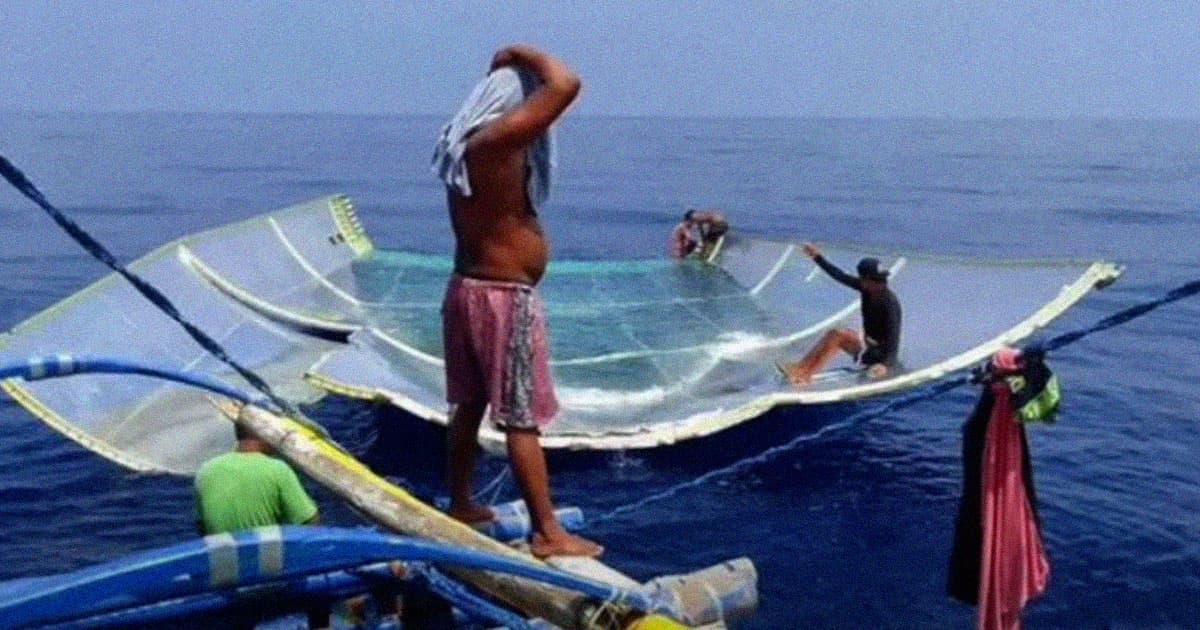 According to a report by the Filipino government, pieces of a recently-launched Chinese Long March 5B rocket were discovered by fishermen in the island nation's Mindoro Strait — which could add to growing public safety concerns over recent Chinese space activity.

To recap: China's Long March 5B rockets, used in its efforts to build a new space station, have proven to be incredibly dangerous. The last three Long March 5B launches have resulted in rocket debris uncontrollably careening through the atmosphere, drawing the ire of the international space community.

The most recent launch took place on July 24, and experts confirmed just a few days later that parts of the rocket's core were indeed hurtling back to Earth.

On the evening of July 31— the same night that pieces of the spacecraft were seen putting on a light show over Malaysia — the Philippine Space Agency (PhiSA) issued a falling debris advisory warning to citizens as the debris was making its way over the island nation's Sulu Sea.

Details surrounding the recovery efforts are a little hazy.

According to Philippine newspaper The Inquirer, the rocket fished out of the ocean in the Mindoro Strait was actually found back on July 26, as per the Philippine Coast Guard, which could imply that parts of the rocket were sent crashing back to Earth shortly after launch as well.

After CZ-5B r/b reentry over Indonesia at Saturday midnight (local time) ago, many debris possibly related to this space junk was found. 3 debris have been found by local people at Sanggau regency (near Indonesia-Malaysia border). @planet4589@Marco_Langbroek@jremis @cosmos4u pic.twitter.com/wcGUffN14v

Under the Flight Path

This is all pretty troubling, particularly as China has yet to show intent to stop using rockets that can't alter their own trajectory during their return.

"This means we've been hit twice by debris from this launch: at the beginning, and at the end of the rocket's flight," Jay Batongbacal, director of the University of the Philippines Institute for the Maritime Affairs and the Law of the Sea, told the Inquirer.

"This shows that the risk is higher for us, because we are under the flight path of most Chinese rocket launches," he added.

As of now, there's not much in the way of binding international regulation regarding space debris, despite the risks to public health — a reality that's particularly unfair to nations like the Philippines, which has yet to launch any rockets into space from its soil.

Duck and Roll
Russia Forced to Dodge Space Debris From When It Blew Up Satellite
Jun 17
Read More
On The Ground
Plummeting Chinese Rocket Crashes Into Indian Ocean
5. 9. 21
Read More
McDowell is On the Case
China Is Technically Responsible for Damages Its Plummeting Rocket May Cause
5. 7. 21
Read More
+Social+Newsletter
TopicsAbout UsContact Us
Copyright ©, Camden Media Inc All Rights Reserved. See our User Agreement, Privacy Policy and Data Use Policy. The material on this site may not be reproduced, distributed, transmitted, cached or otherwise used, except with prior written permission of Futurism. Articles may contain affiliate links which enable us to share in the revenue of any purchases made.
Fonts by Typekit and Monotype.