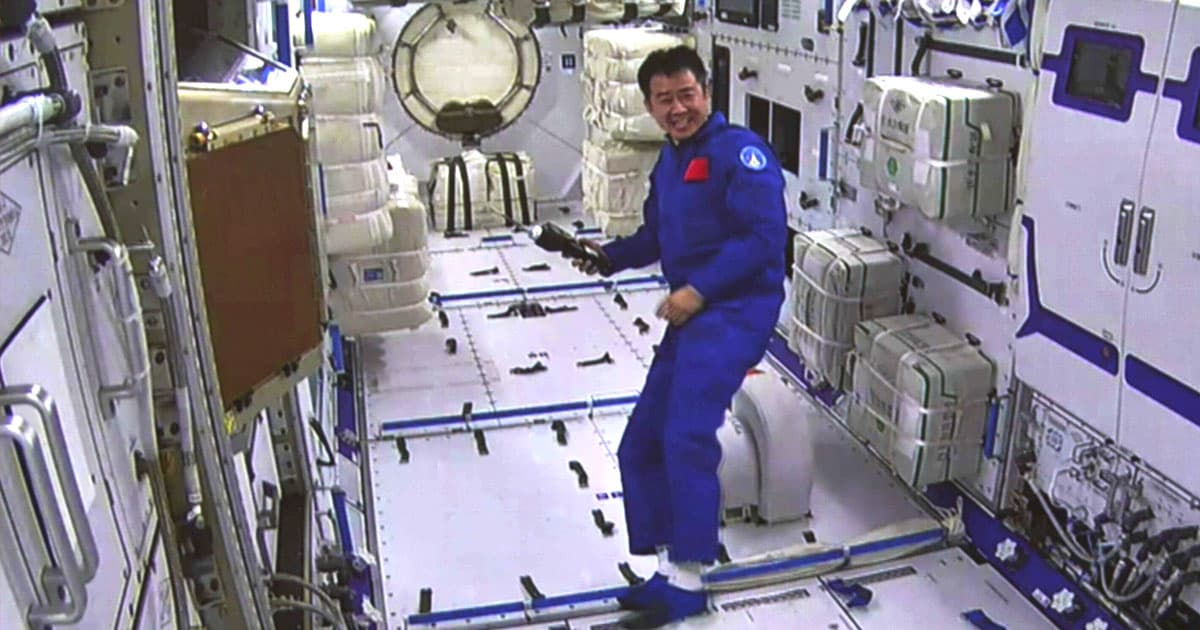 They're wasting no time.

They're wasting no time.

China has added a new science laboratory module to its growing space station this week, an impressive feat shows the outpost is quickly turning into a worthy alternative to the aging International Space Station, even as the ISS descends into international drama.

It's also happening at a breakneck speed. The construction of the ISS took around 12 years. China wants to build its own — albeit much smaller, at just one fifth the mass — in less than one and a half.

The 23-ton module, dubbed Wentian, launched from Hainan province over the weekend atop a Long March 5B rocket, docking with the Tiangong space station early Monday morning, according to The Associated Press.

According to Chinese state-owned news network Global Times, it's the heaviest single-module spacecraft "currently in space."

The next laboratory segment, which is the space station's final piece and dubbed Mengtian, could launch as soon as October, if everything goes according to plan.

A crew of three astronauts, who have been on board the Tiangong since early June, assisted during docking procedures. The crew is scheduled to stay on board the station for six months.

Wentian will allow scientists to study how multiple species of plants, animals and microorganisms grow in space, according to Global Times.

Two massive solar panel wings will power the module, giving it a total span of 180 feet. The module also features a backup urine recycling system, in case Tiangong's existing one ever fails.

All told, it's an impressive feat. Tiangong's core module, dubbed Tianhe, launched less than a year and a half ago.

If Mengtian pulls off its own "heavenly kiss" — the Chinese space agency's nickname for these rendezvous — with the other two modules this fall, China will have constructed an entire station in less than a year and a half.

That kind of pace only goes to show just how far the country's space program has come in a matter of years.

More on Tiangong: China Is Sending More Space Junk Hurtling Down to Earth

Artificial Baby
Chinese Scientists Create System to Care For Embryos in Artificial Womb
Feb 1
Read More
Water Elemental
NASA Astronaut Says He Almost Drowned During Spacewalk
11. 7. 21
Read More
Walk This Way
Company Has Ambitious Plan to Build Private Space Station with Artificial Gravity
2. 26. 21
Read More
+Social+Newsletter
TopicsAbout UsContact Us
Copyright ©, Camden Media Inc All Rights Reserved. See our User Agreement, Privacy Policy and Data Use Policy. The material on this site may not be reproduced, distributed, transmitted, cached or otherwise used, except with prior written permission of Futurism. Articles may contain affiliate links which enable us to share in the revenue of any purchases made.
Fonts by Typekit and Monotype.