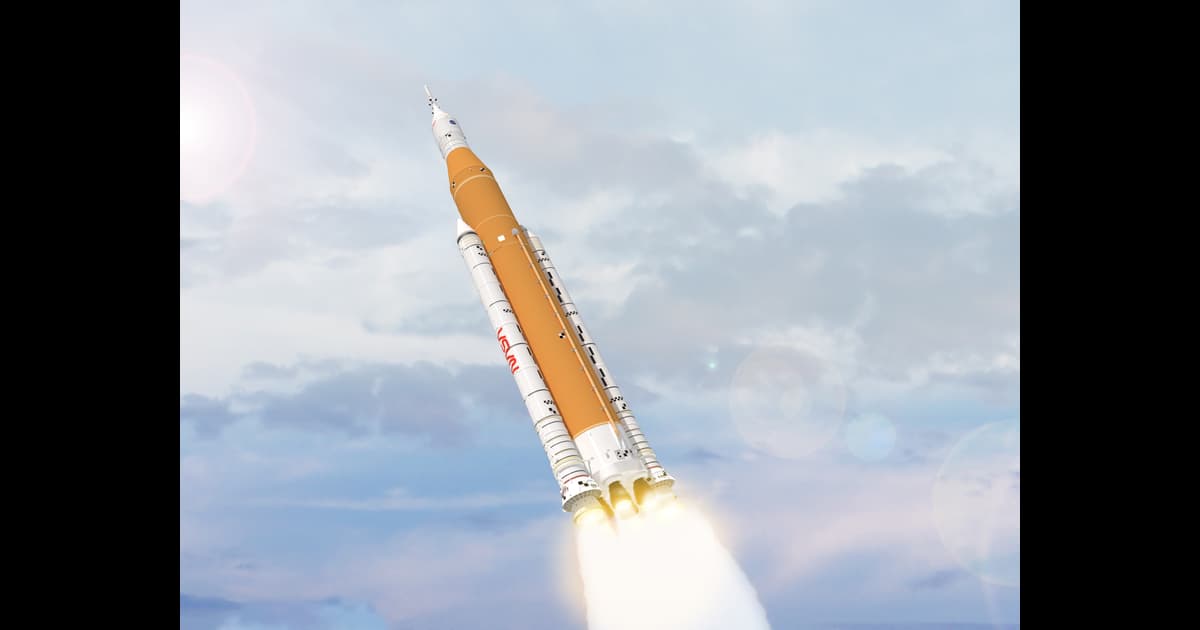 NASA Has Assembled a Megarocket to Take Humans to the Moon

NASA has finished assembling the first of its massive Space Launch System (SLS) rockets that will carry astronauts back to the Moon.

The agency's engineers lowered the 212-feet-tall core stage of SLS between smaller twin booster rockets at the Kennedy Space Center in Florida on Friday, according to the BBC. SLS is the first rocket of NASA’s Artemis-1 mission — which will lay the foundation for eventually sending astronauts to the Moon and establishing a colony on the lunar surface.

Its inaugural launch is slated for later this year and will carry Orion, NASA's crew vehicle, into space for testing.  No astronauts will be on board for its maiden flight, though — which makes sense. NASA probably wants to make sure everything is in working order before we put human beings on top of an ungodly massive and powerful rocket and send them to the Moon. The first crewed missions are slated for 2023.

Here's what it looks like in all its assembled glory:

Now that it's assembled, SLS stands taller than the Statue of Liberty without its pedestal and weighs a whopping 5.75 million pounds, according to NASA.

It'll need to be big and sturdy too since it’ll produce 8.8 million pounds of maximum thrust as it leaves Earth's orbit.

The two boosters will give the rocket most of its thrust as it initially takes off. The massive core stage contains propellant tanks along with four engines to take it the rest of the way out of orbit.

It is an extremely exciting time to be a space exploration fan. Not only will the Artemis missions take astronauts back to the Moon, but they'll be building lunar colonies so scientists will have a sustainable research environment on the lunar surface.

The mission will also provide NASA will valuable data and insights to inform future missions to Mars — and how we eventually build martian colonies.

More on Artemis: NASA Is Planning to Land on Far Side of the Moon for the First Time