The clock is ticking, folks. 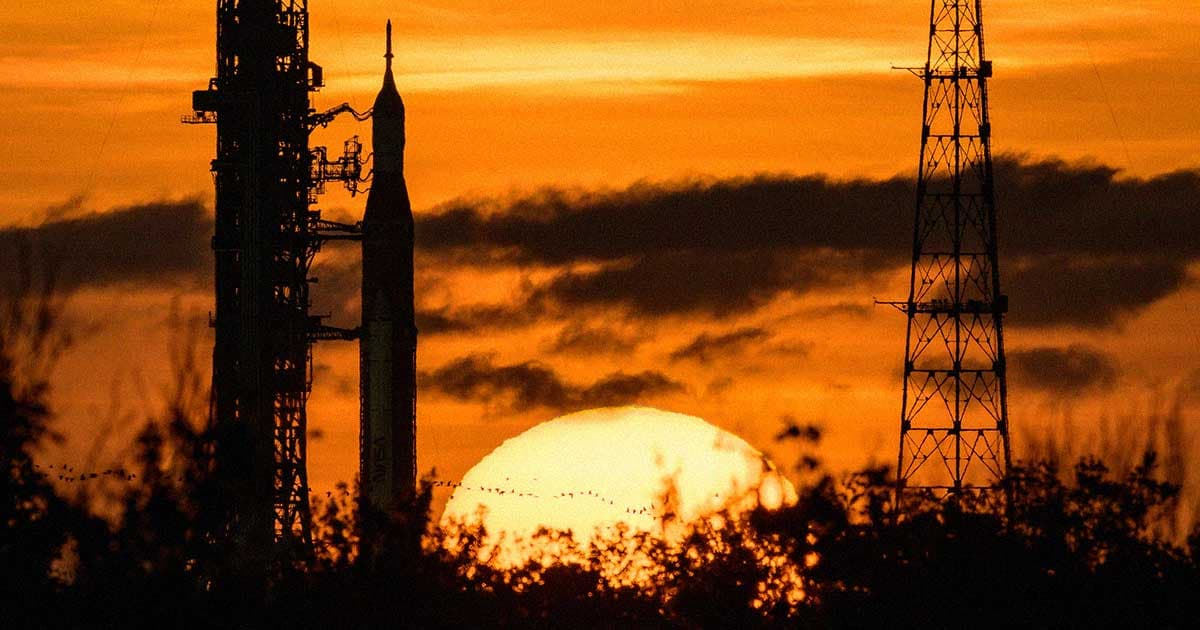 The first attempt was a miss. And the second attempt didn't go much better.

NASA's has yet to launch its Space Launch System-powered Artemis 1 mission into orbit, which is an unfortunate for a rocket that's been trapped in development hell for what feels like an eternity.

After an unexpected leak during its attempted launch this past weekend, the rocket — which has been sitting on launch pad 39B at NASA's Kennedy Space Center for a couple of weeks now — will have to be closely examined for troubleshooting.

The first launch attempt, back on August 29, had to be scrubbed due to a hydrogen leak and a crack in the rocket's protective thermal layer, which meant that one of the rocket's four engines didn't reach a low enough temperature to handle its cryogenic propellant.

Launch attempt number two on September 3 also had to be scrubbed due to an engine bleed.

NASA now has the undesirable task of figuring out what went wrong during the two scrubs and find a fix — and the clock is ticking.

In a Tuesday update, officials announced that the Artemis 1 team has chosen to replace a seal on a quick disconnect that allowed hydrogen to leak during the agency's launch attempts.

To do it, the team has settled on setting up an enclosure around the launch pad to protect the expensive equipment instead of dragging the entire assembly back to the hangar.

While it's tedious work, it's easier to get data at the launch pad and not inside NASA's massive Vehicle Assembly Building (VAB), because it "enables engineers to test the repair under cryogenic, or supercold, conditions," according to the agency.

But NASA concedes that it may eventually be forced to roll the rocket back to the VAB to "perform additional work that does not require use of the cryogenic facilities available only at the pad," the agency wrote in its update.

In fact, the rocket's flight termination system (FTS) — a system that would cause the rocket to self destruct if something were to go wrong during launch — needs to be completely reset and recertified by the US Space Force inside the VAB.

This process will have to happen regardless if NASA needs longer than September 19 to launch the rocket — which is looking increasingly likely, as Space.com reports.

That's because NASA only has a couple of upcoming launch windows to chose from: one that spans from September 19 to October 4 — which is already past the FTS recertification date — and a second from October 17 to October 31.

Given the circumstances, a roll back to the VAB is looking inevitable. That means we might have to wait quite a bit longer to watch NASA attempt to launch its Moon rocket once more.

More on Artemis: Guy Who Has to Move NASA Moon Rocket Back to Hangar Very Annoyed