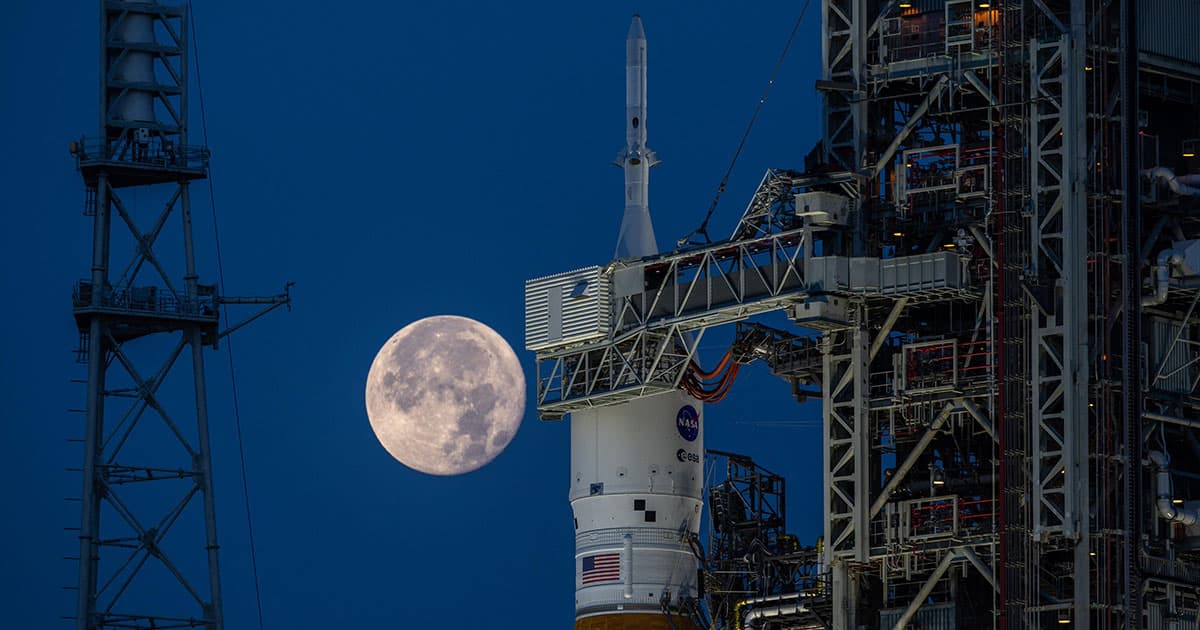 NASA has finally rolled its massive Mega Moon Rocket to the launch pad at the Kennedy Space Center in Florida.

The gigantic Space Launch System rocket is now looming over the Space Coast, awaiting its maiden voyage. At the time of writing, it's scheduled to launch on Monday, August 29 at 8:33 am Eastern.

If everything goes according to plan — still a major "if" at this point — the Orion spacecraft perched on top of the towering rocket will make its long journey around the Moon and back, a potentially groundbreaking moment in modern space exploration that'll lay the groundwork for new crewed missions to the lunar surface.

This time, though, there won't be any astronauts on board. Two mannequins built by the Israeli Space Agency, called Helga and Zohar, will take the Orion capsule for a spin, measuring the amount of radiation future astronauts will have to endure during future missions.

The next mission, Artemis II, which is tentatively scheduled for May 2024, will see a human crew travel to the Moon, the first since Apollo 17 almost 50 years ago.

NASA has battled with an endless series of delays and setbacks, which have pushed back the upcoming mission on several occasions. During wet dress rehearsals of the rocket earlier this year, NASA engineers suffered technical issues and several hydrogen leaks, delaying the countdown.

As The New York Times points out, we still don't know if NASA will have time to fix all the leaks before August 29.

Is this really humanity's glorious return to the Moon? Even without humans on board, we're thrilled to finally see NASA's massive heavy-lift rocket on the launch pad.

Plenty can still go wrong between now and just under two weeks from now — but we've got our fingers crossed.

More on Artemis I: NASA Confirms Launch Date for Its Massive Moon Rocket