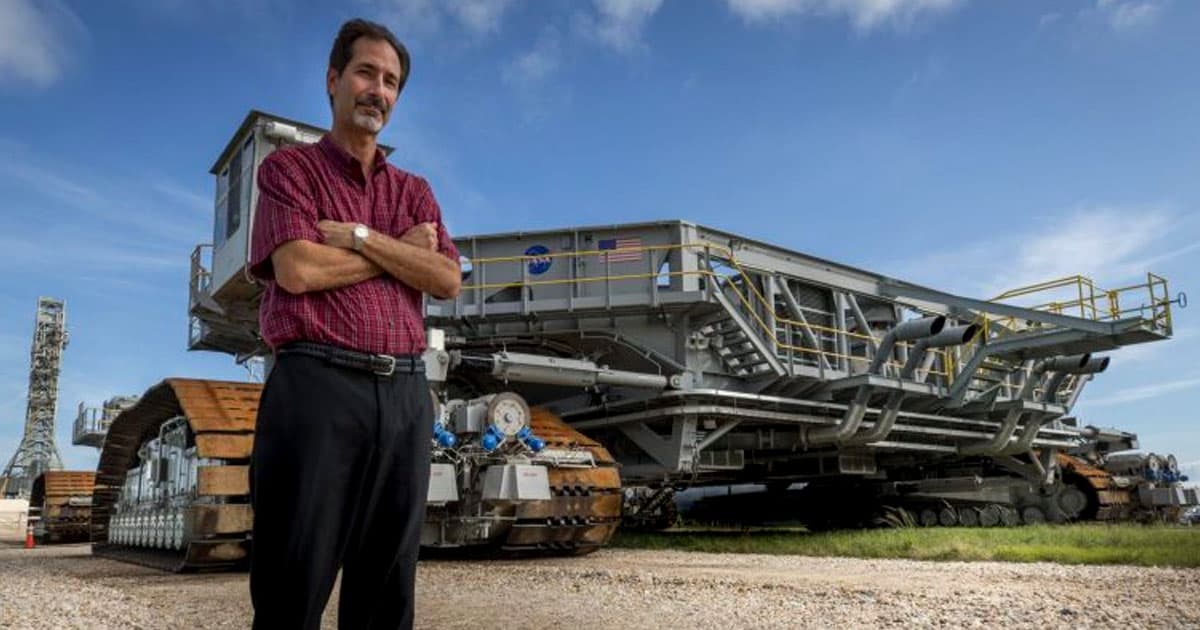 "I went to my management and said, 'I'm not bringing it back. It stays here.'"

"I went to my management and said, 'I'm not bringing it back. It stays here.'"

The launch of NASA’s Artemis 1 mission has been delay to September 3, or perhaps further. It's an anticlimactic setback for all involved, but there’s one man who’s particularly aggrieved by the situation: John Giles, the crawler overseer.

The crawlers, as they're called, are NASA's gargantuan vehicles — 131 feet long and 114 feet wide and supported by suitably massive treads — that move the agency's colossally heavy spacecraft around at the John F. Kennedy Space Center in Florida.

Now, if the September 3 launch doesn’t work out, the Space Launch System (SLS) launching the mission will need to be hauled back to its Vehicle Assembly Building (VAB) for deeper diagnosis and repairs — something Giles wants to avoid at all costs.

"I jokingly told them when we went to the pad and dropped it off this time, I went to my management and said, 'I'm not bringing it back. It stays here,'" Giles said in an interview with Mashable before the launch, originally scheduled for Monday, was delayed the first time. "'You gotta launch it because I'm not gonna take it back to the VAB.'"

Giles’ hilariously open chagrin is not unwarranted. Moving this marvel of engineering, which at the size of a skyscraper weighs millions of pounds and is precariously balanced atop an unwieldy vehicle, is monumentally stressful — and boring. The crawler lumbers along at a literally sleep-inducing pace of less than one mile per hour, with drivers switching out along the way so none of them fall victim to its drowsy effects. All in all, it's an eight hour expedition from the hangar to the launchpad — or vice versa.

"You get tired," Giles told Mashable. "You start to see things."

Giles’ weary annoyance is so palpable, it may be enough to will this launch into actually happening. After all, who would want to draw the ire of the all important crawler overseer?

And Giles is already pretty worn and weary. The treads, known as "shoes," are a major point of concern for him, as each journey wears them thinner and thinner.

"Every roll stresses me because of the amount of weight and the amount of value of what we're carrying," Giles said in the Mashable interview.

NASA definitely doesn't want to piss this guy off any further.