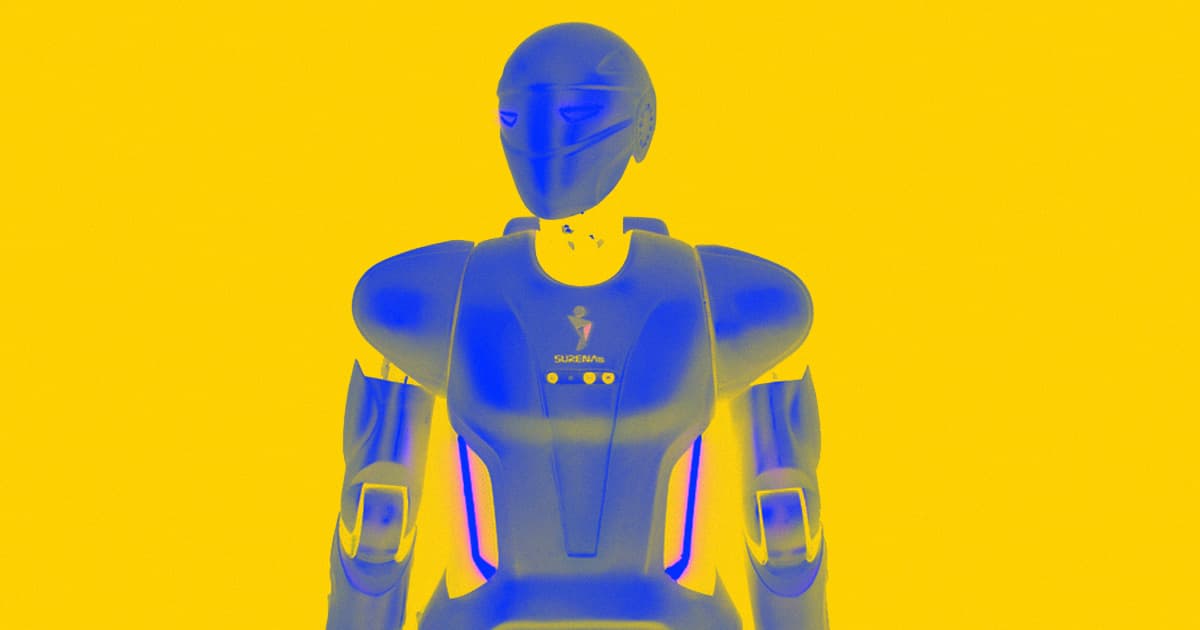 The Kool-Aid Man may find himself automated out of a job.

The Kool-Aid Man may find himself automated out of a job.

A team of engineers from the University of Tehran just unveiled a surprisingly sophisticated humanoid robot.

Dubbed Surena IV, the robot is the latest iteration in the University of Tehran's Center for Advanced Systems and Technologies' decade-long project to build highly-functional human-like robots, according to IEEE Spectrum. In a new highlight reel, Surena IV is seen, among other things, using a power drill and posing for a selfie.

Each iteration of Surena focused on some new functionality, IEEE Spectrum reports. For instance, the Surena II was the first that could walk, and 2015's Surena III had improved motor skills that let it climb steps and kick balls without falling over. This time around, the team focused on giving the robot dexterous hands.

"Improving the robot’s interaction with the environment was one of the main goals of the Surena IV project," mechanical engineer and project head Yousefi-Koma told IEEE Spectrum.

The new highlight reel shows off a variety of tasks that seem rudimentary but are difficult to program into a machine that lacks a human's sense of proprioception.

In addition to drilling holes and holding up a cell phone — it's hard to imagine the robotic hand actually took a picture — Surena IV can write its name on a whiteboard and shakily grab a water bottle from someone's hand without crushing it.

More on robots: Watch Russia's Gun-Toting Robot Use a Power Drill on the ISS