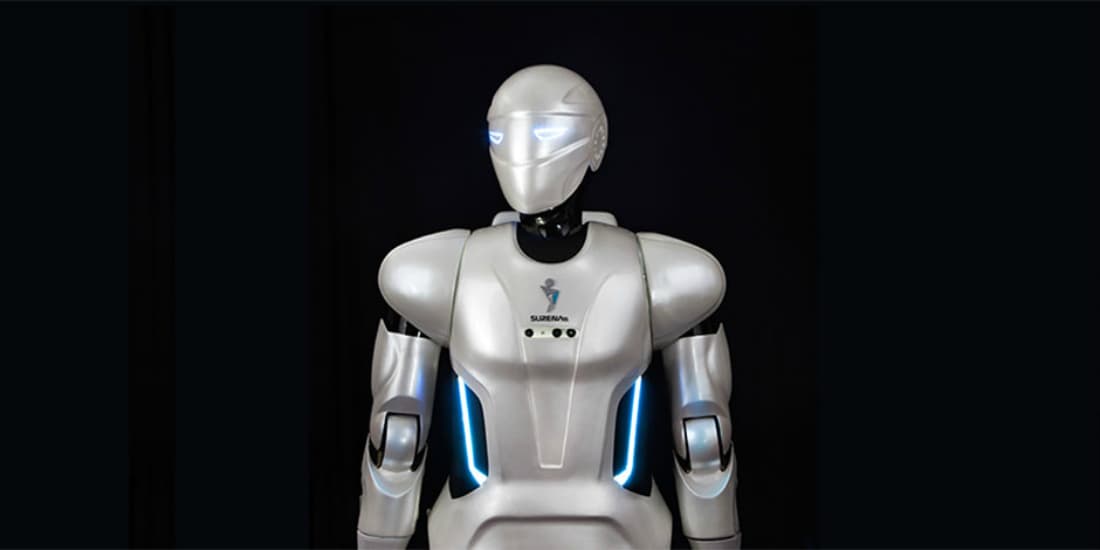 Image by University of Tehran

Researchers from the University of Tehran unveiled the new generation of their humanoid robot called Surena III. The robot stands 1.9 meters tall (6.2 feet) and weighs 98 kilograms (216 lb). It is also  equipped with numerous sensors that includes a Kinect-based 3D vision module, and is powered by 31 servomotors. Surena III is capable of walking up and down ramps and stairs, and along irregular surfaces up to a speed of .2m/s (about 8 inches a second).

So perhaps the robot won't be running any marathons anytime soon, but it's still pretty remarkable. Plus, the robot was designed for other purposes besides speed.

That said, Surena hasn't quite been able to demonstrate the level of mobility and dexterity that we see in some other robots that are currently under development; however, this rather robust Iranian humanoid has been making steady progress over the last seven years (since the first model was unveiled).

Indeed, going back to when the first version of the robot was presented, which was all the way back in 2008, the robot only had 8 degrees of freedom (DOF). Surena II, which we saw in 2010, had 22 DOF and could walk at a pace of 0.03 meters per second. Now this third generation has 31 DOF and a walking speed nearly 10 times as fast.

See the robot in action here.

“One of the best applications for this robot may be employing it in disasters,” says University of Tehran’s Center for Advanced Systems and Technologies (CAST) head Dr. Yousefi-Koma. He also expects to see development for application in manufacturing, healthcare, and other industries.

Surena III is a significant update to 2010’s Surena II, and is now able to detect faces and objects, track movement, and recognize speech. The new system has also adapted the popular Robot Operating System (ROS) which Dr. Yousefi-Koma says “enables the robot to simultaneously communicate with the environment, manage its behaviors, monitor its sensors, and detect unwanted faults in the system.”