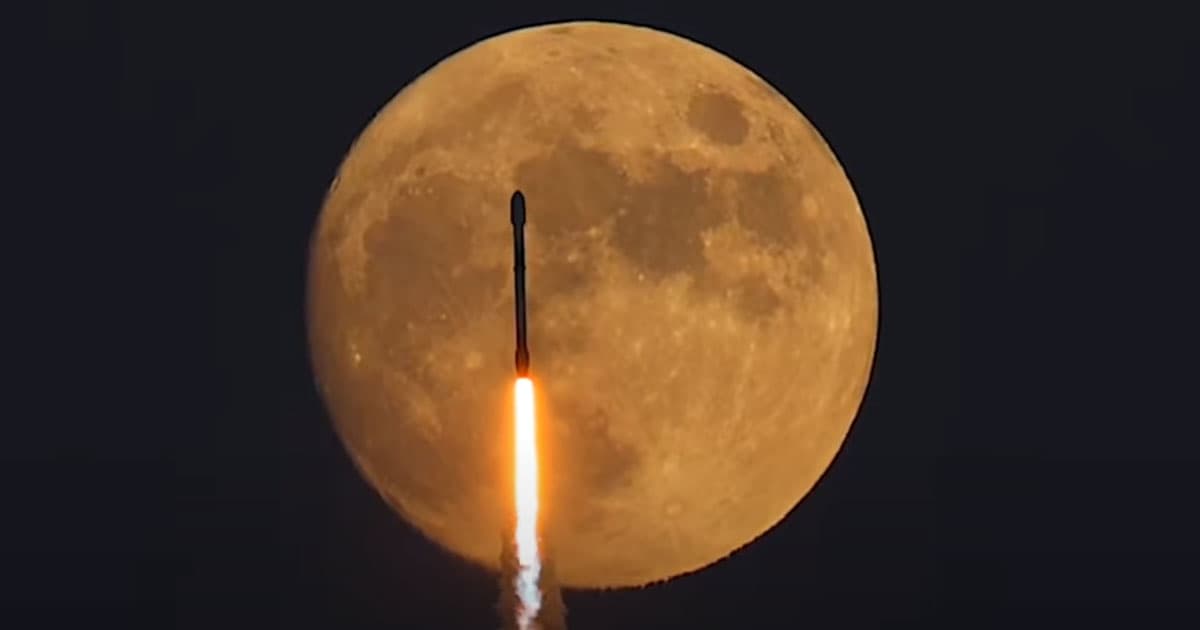 When the Moon Hits Your Eye

A stunning new video shows a SpaceX Falcon 9 rocket blasting past a gorgeous full Moon, a rare sight that serves as a reminder of humanity's next major destination.

The video, recently shared by ABC News, also perfectly demonstrates the sheer amount of energy and heat being expelled by the orbital rocket, distorting the videographer's view of the orange Moon in the form of small ripples.

The footage, recorded last week not far from NASA's Kennedy Space Center, shows the rocket blast off from Florida's Space Coast to deliver a crew of four astronauts to the International Space Station.

It's SpaceX and NASA's fifth official crew rotation mission involving the space company's Crew Dragon capsule, which has become a formidable weapon of the United States in ending its reliance on Russian-built Soyuz rockets to deliver astronauts into orbit.

In fact, despite a geopolitical crisis unfolding back on the ground, the mission delivered Russian cosmonaut Anna Kikina to the station, in a bold reversal of the status quo.

The International Space Station's days are numbered — but numerous countries, including Russia, China, and the US, have a new target in their sights: the Moon.

NASA has developed its own in-house heavy launch platform, the Space Launch System (SLS), alongside its Orion capsule and a lander, to get there.

In addition, it's inked a deal with SpaceX to develop a lunar variant of its Starship heavy launch platform.

If all goes according to plan — a humongous "if," and we have every reason to expect more delays — we could see a rocket blasting off towards the Moon as soon as next month.

And if it does, we can't wait to see the resulting footage.