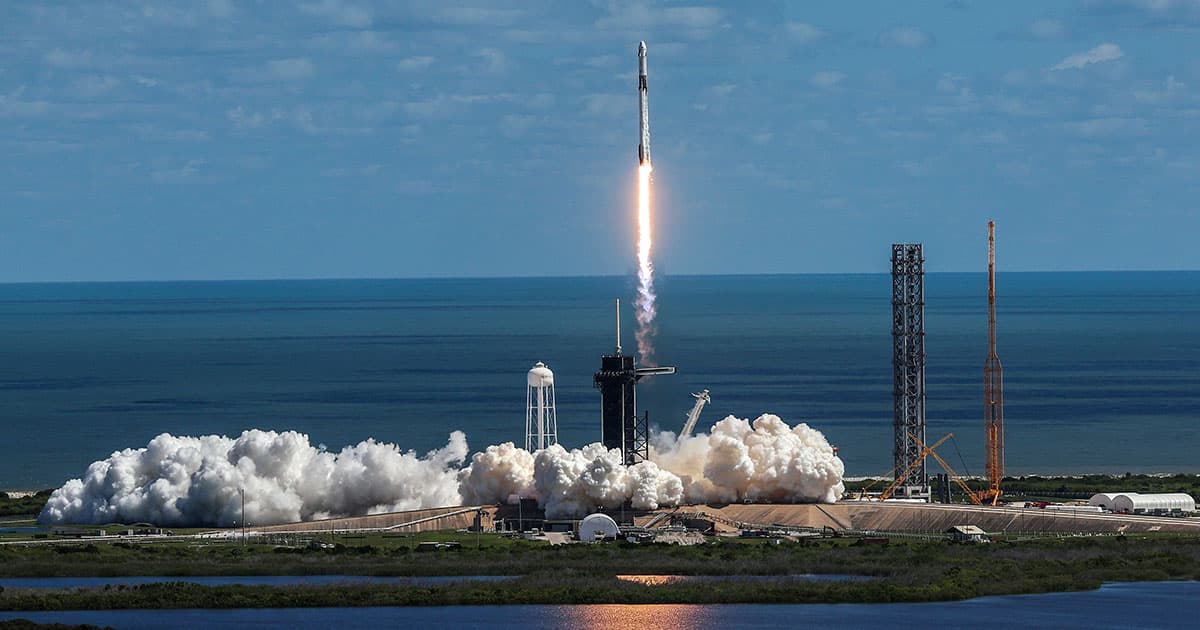 There's no doubt that Russia's invasion of Ukraine has rocked the entire international space community — but that hasn't stopped NASA and SpaceX from launching Russian cosmonaut Anna Kikina to the International Space Station on board a Crew Dragon spacecraft today, in a striking example of how the rank and file at the Russian and American space programs have continued working together even as the two countries are locked in something approaching a proxy war.

In fact, it's the first Russian cosmonaut to have launched on an American-made rocket from US soil in 20 years. The last time was during NASA's STS-113 mission back in 2002, which saw Russian cosmonaut Nikolai Budarin travel to the ISS on board Space Shuttle Endeavor.

While the SpaceX crew makes its way to the International Space Station — the station's 68th crew rotation in 21 years — tensions are flying high back on the ground, with Russian president Vladimir Putin even threatening nuclear war.

Despite the drama on the ground SpaceX's Crew Dragon spacecraft, fittingly dubbed Endurance, is not shuttling Kikina into orbit alongside a crew of two NASA astronauts and a Japanese astronaut.

Without a hitch, the Falcon 9 rocket took off from the Kennedy Space Center today at exactly 12 pm Eastern time.

US-Russian relations have been icy, to say the least, with former head of Russian space agency Roscosmos Dmitry Rogozin — a controversial figure who was removed from his post shortly after signing the seat barter agreement with NASA earlier this year — making empty threats.

The news also comes days after SpaceX CEO Elon Musk had a meltdown on Twitter, opining that Ukraine should give up parts of its territories to Russia in order to avoid a nuclear escalation.

All told, it's an odd day of immense contrasts. Not long ago, the idea of the US launch a Russian cosmonaut into space seemed like an impossibility.

But as SpaceX has proved today, our collaborative efforts to explore space have endured once more.